Hollywood Studios touring plans (including Rise of the Resistance) 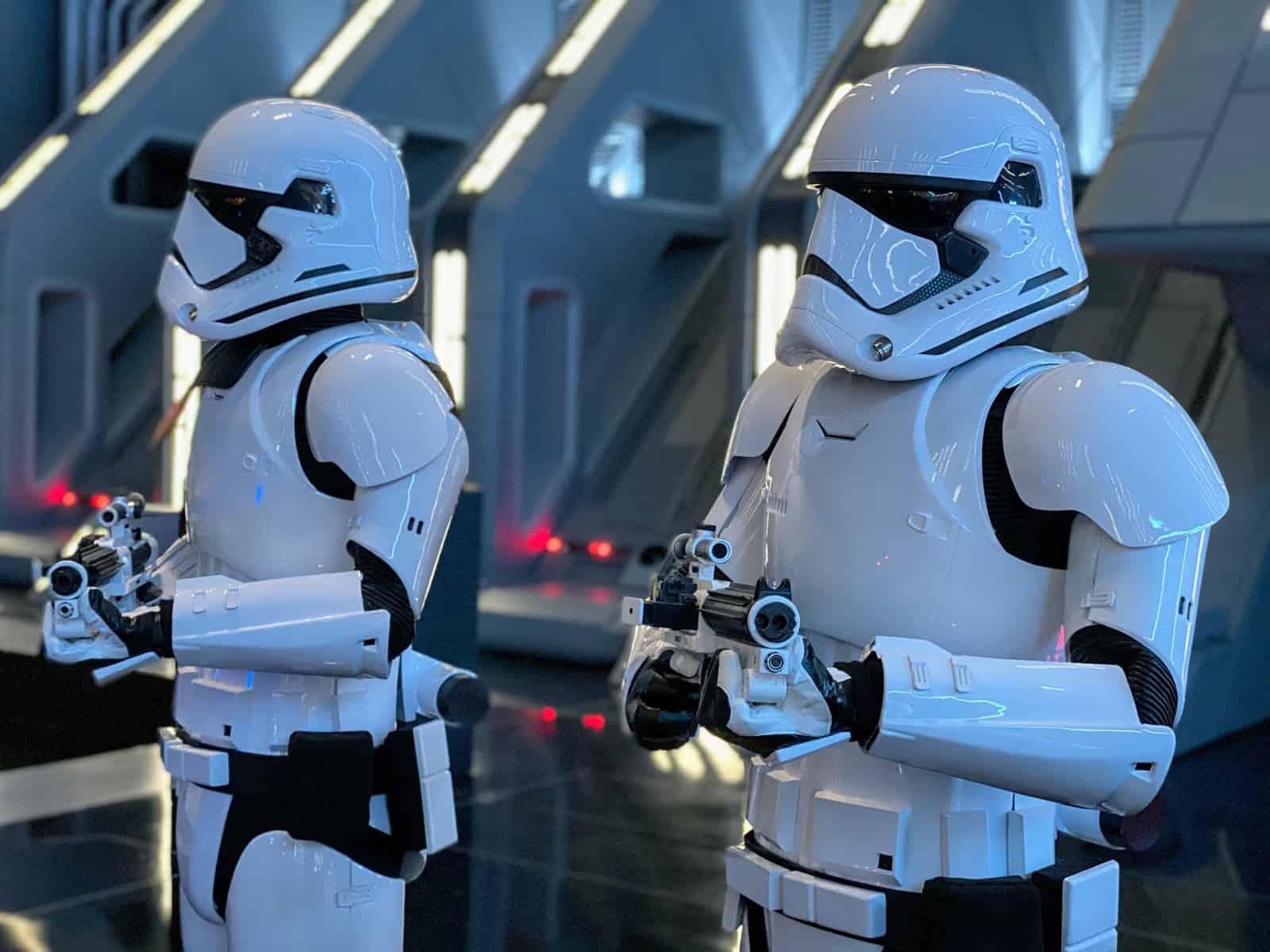 Having well-organized touring plans that make good use of FastPasses is key to avoiding long lines during your Walt Disney World trip.

Below, find Hollywood Studios touring plans (including FastPass+ suggestions!) to make sure you’re maximizing your time.

FastPass+ has been suspended and that paired with capacity limits in the parks means that park touring looks a lot different right now.

Until things return to normal, we recommend using our reopening touring plans when visiting the parks.

New to making FastPass+ reservations? Check out how to use FastPass+ at Disney World to get you started.

FastPass+ attractions are split into tiers at Hollywood Studios but you still are only allowed to hold a total of 3 FastPasses at a time.

Tier 1 attractions are the most popular. You can only book 1 from that tier at a time.

Tier 2 attractions are the less popular attractions. You can book 1, 2, or 3 from this category.

Here are the FastPass+ options at Hollywood Studios.

FastPass+ suggestions to save to your phone 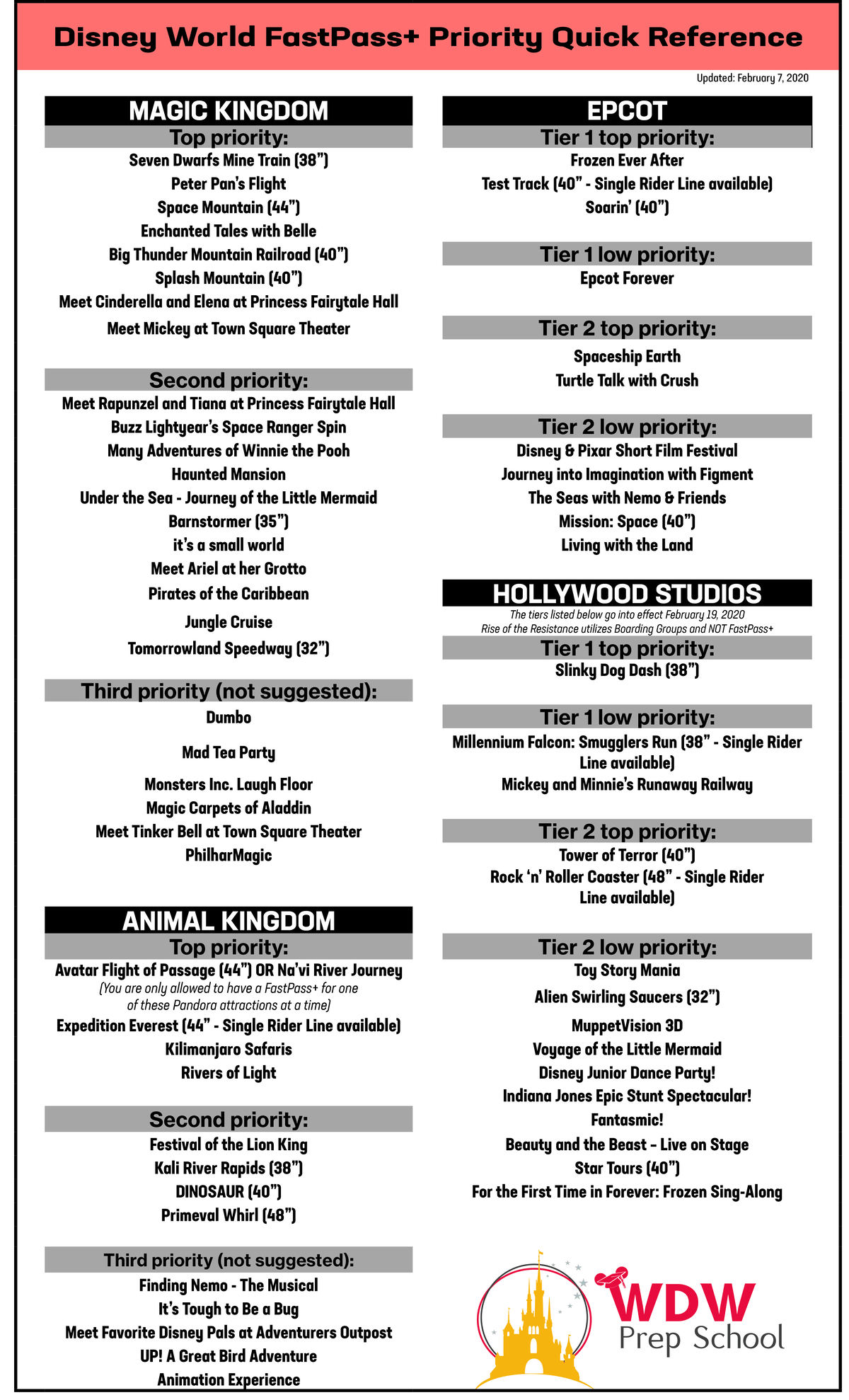 If you plan to try to ride Rise of the Resistance, you’ll need to arrive 90-120 minutes before park opening.

Until the official park opening, guests are either stopped at the end of Hollywood Boulevard (for guests wanting to ride Mickey and Minnie’s Runaway Railway) OR at the entrance to Toy Story Land and Galaxy’s Edge (if crowds are too large to hold on Hollywood Boulevard). 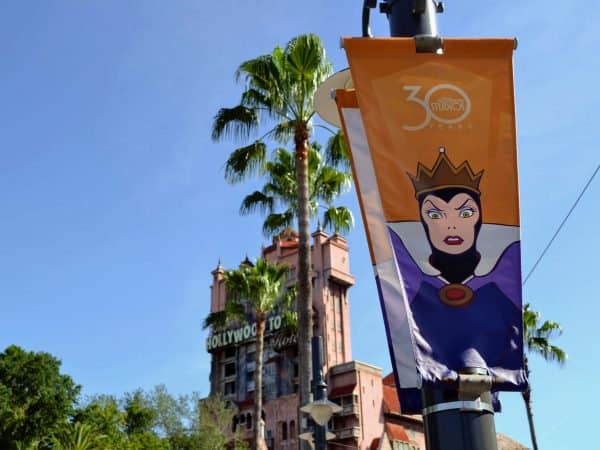 Between the time you enter and Rope Drop, you can get PhotoPass pics taken, oftentimes you will be able to sign up for Jedi Training Academy, shop in some stores on Hollywood Boulevard, and grab some Starbucks at Trolley Car Cafe.

What about the Virtual Queue for Rise of the Resistance?

The virtual queue system was put in place before the opening of Star Wars: Galaxy’s Edge.

Initially it was only used to control the flow of people into the entire land itself, but now it is used exclusively for Rise of the Resistance (and not for access to the land).

As of right now, the ONLY way to ride Rise of the Resistance is by getting a spot in the virtual queue.

There is no standby line and no FastPass+ available. Virtual queue is your only option.

Here’s how it works:

1. Arrive to the park at least 90 minutes before park opening (for the best chances to tour during the morning with minimal waits) or 45 minutes (if you aren’t interested in riding Slinky Dog Dash, Mickey and Minnie’s Runaway Railway, or Smugglers Run at Rope Drop). THERE ARE A LIMITED NUMBER OF SPOTS ALLOWED EACH DAY AND ONCE THEY ARE GONE, THEY ARE GONE.

These groups become available after all regular Boarding Groups (typically up to group 120) have been filled.

However, guests with one of these new provisional boarding groups will only be allowed onto the attraction if the capacity allows (once all regular boarding groups have completed their ride).

2. You’ll likely be let onto Hollywood Boulevard early, however, boarding groups will not not be available until after the park officially opens. Once that happens (and once every person in your party has scanned into the park), open up the app and follow the instructions to be assigned a boarding group which then puts you into the virtual queue.

3. The app should provide you with a push notification to let you know when it is your turn to ride. At that point, you’ll have 2 hours to make your way to Rise of the Resistance. You can always check to see exactly what groups are boarding in the app as well as on display boards found throughout the park.

Note: If your boarding group is called within the first 2 hours of the park being open, to minimize your waits we recommend you try to fit in as many of the other attractions we list in the early hours of the touring plan below before heading to Rise of the Resistance.

4. When it is time to ride, head to Galaxy’s Edge and go directly to Rise of the Resistance. Your tickets or MagicBands will be scanned before you enter the line.

Here’s a few important notes about this system:

Because of the tiers that are in place, you should plan to show up at rope drop/park opening (arrive at least 90 minutes before park opening) and ride the things that you won’t have FP+ reservations for.

In the Hollywood Studios touring plans below, we’ve given suggestions on when to make FP+ reservations.

We have 2 different touring plans to choose from:

Note: We like to organize our touring plans by hour because minute-by-minute touring plans can make you feel like you’re running from place to place without any flexibility, but grouping them by hour can give you some sense of timing as you plan.

Getting to the park

The plans below recommend arriving to the park 90-120 minutes early.

Because of the early opening times, you will need to plan ahead on how to get there.

The most reliable options for early arrival will be driving your own car, using Lyft, or walking  (if staying at the Swan, Dolphin, Beach Club, Yacht Club, or Boardwalk Inn & Villas).

If you have a car, this will be a great option but only if you plan to arrive at least 90 minutes before park opening. If you opt to drive and arrive closer to park opening, keep in mind you may encounter lines of cars waiting to enter the parking lot.

Buses typically start running about 90 minutes before the park opens but the frequency of buses at that time of the day can be limited so make sure you’re to the bus stop in time to catch the first bus of the day otherwise you may find yourself waiting a long time for the 2nd one.

Minnie Vans have recently adjusted their operating schedule to better accommodate the early hours at Hollywood Studios, however, the total number of Minnie Vans available are limited so to maximize your chances of snagging one, you’ll want to aim to request one as soon as they start running for the day.

Lyft (and Uber) can be a great option, but keep in mind that the total number of available cars will decrease the closer to park opening you get.

Have little ones? UberX with Car Seat is an option as well.

The Skyliner is a fantastic option for later in the day, however, it typically does not start running in time for Rope Drop. Plus, some days the openings for it have been delayed as they test the system. For those reasons we do not recommend the Skyliner as an option for early morning arrivals.

Arrive at least 90 minutes before park opening for the shortest standby waits.

Since your Virtual Boarding Group number is assigned and cannot be changed, you’ll have to weave your ride on Rise of the Resistance into the plan below. Ideally, to tour with the shortest lines on the non-Galaxy’s Edge attractions, if your boarding group is called early in the morning try to finish as many of the attractions listed in hours 1 & 2 before heading to board Rise of the Resistance.

Rest of the day: 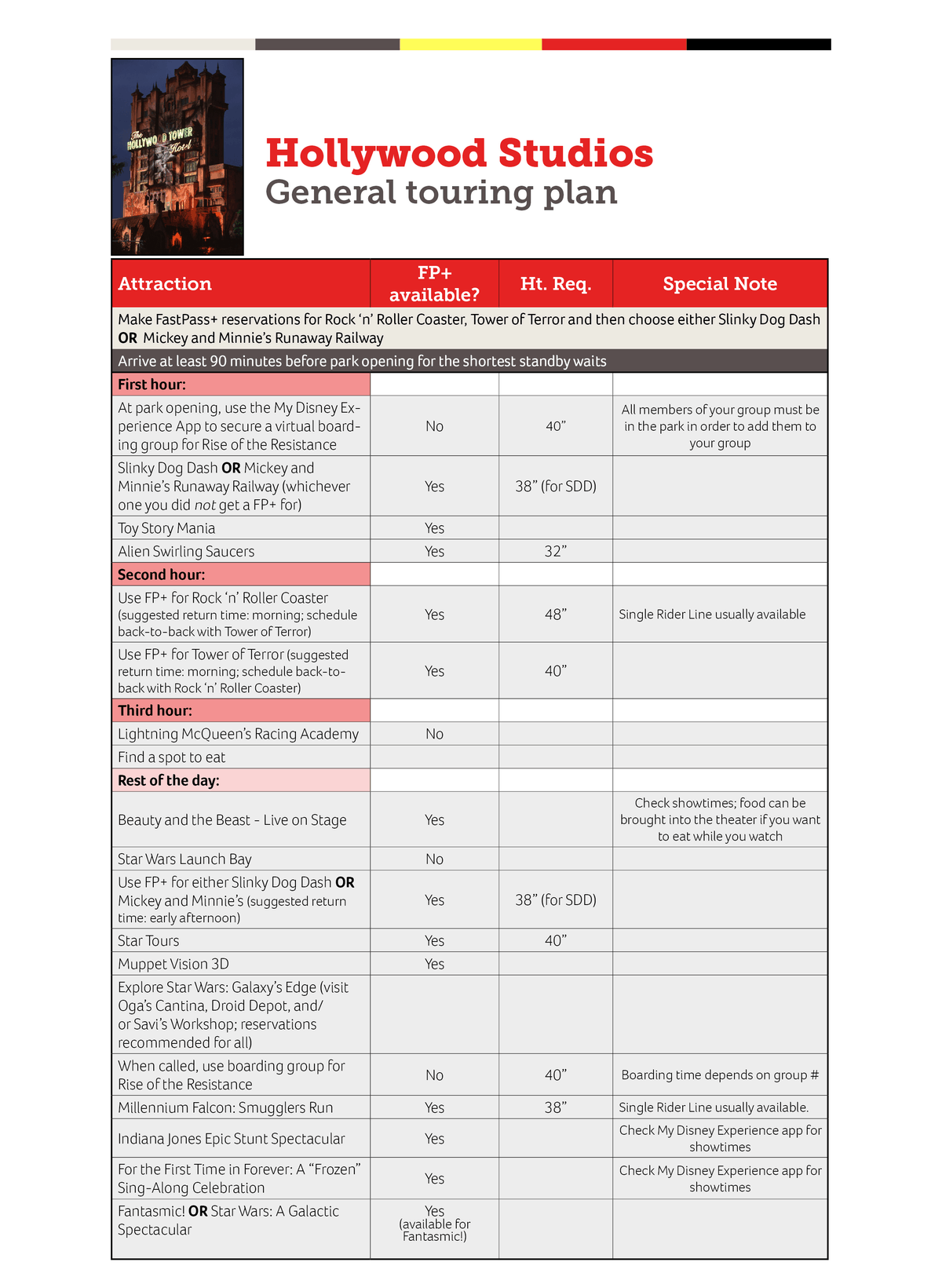 Hollywood Studios Touring Plan for Little Ones Under 40″

Make FastPass+ reservations for Toy Story Mania, For the First Time in Forever: A Frozen Sing-Along Celebration, and then choose either Slinky Dog Dash (38″ height req.) OR Mickey and Minnie’s Runaway Railway

Arrive at least 90 minutes before park opening for the shortest standby waits.

Rest of the day: 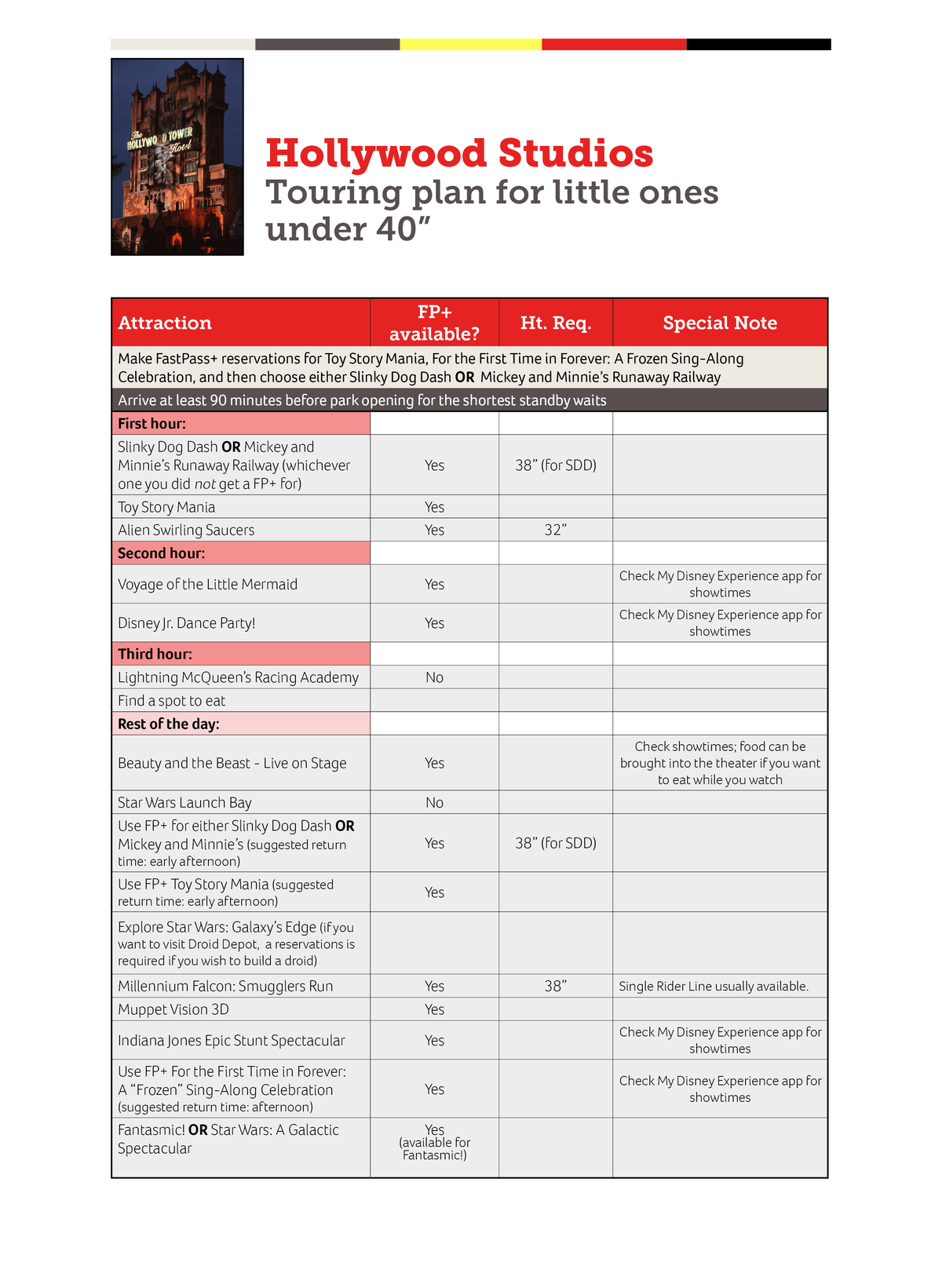 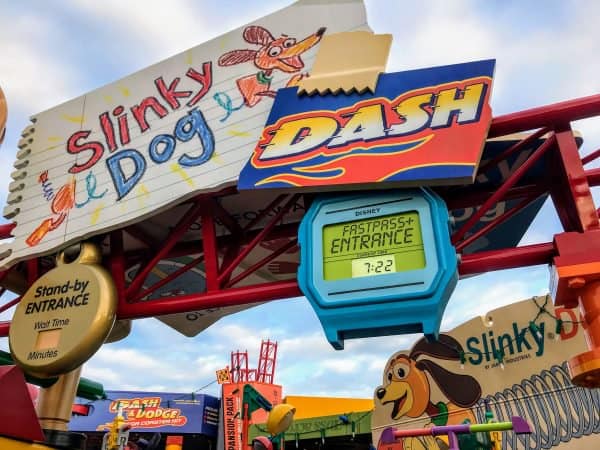 Please read our Rider Switch article so you can see how to use it and maximize your FastPass+ reservations.

Is it possible to see both Fantasmic! and Star Wars: A Galactic Spectacular (or the seasonal Jingle Bell, Jingle BAM!) on the same night?

Unless Fantasmic! is scheduled for twice on the day you are visiting, it is almost always impossible to see both shows in their entirety on the same night.

So which one should you pick?

If you’re a Star Wars fan and have already seen Fantasmic!, definitely check out Star Wars: A Galactic Spectacular.

If you are visiting during the holidays and want to add a dose of the season to your trip, check out Jingle Bell, Jingle BAM!

If you’re a first-timer, Fantasmic! is a classic that you will probably want to plan on seeing. 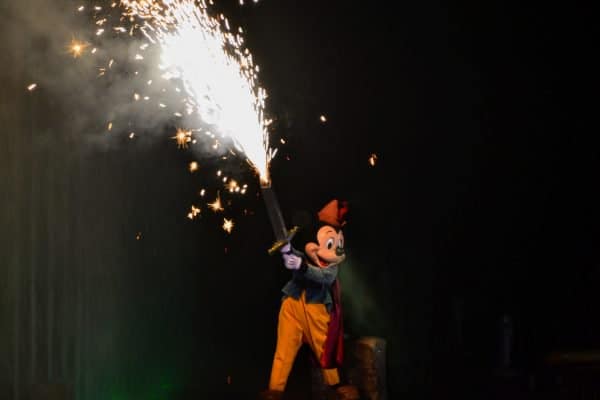 If you want to see both, you’ll usually need to plan to be there on 2 different nights or else plan to miss parts of one (or possibly both) shows.

Want to show up late or park hop?

Want to sleep in or spend the first part of the day at another park?

If you want to arrive late at Hollywood Studios, be sure to snag a FastPass+ for busy things like Smugglers Run, Slinky Dog Dash, or Mickey and Minnie’s Runaway Railway.

But keep in mind that unless you show up before all the boarding groups have been distributed for the day (which often happens minutes after park opening) you won’t be able to ride Rise of the Resistance.

What about Extra, Extra Magic Hours?

Note: Extra, Extra Magic Hours are no longer in effect.

During that time, onsite guests were able to access the park beginning at 6:00 a.m..

Even though this was incredibly early, this was a very nice perk that made it a lot easier to tackle Hollywood Studios with minimal waits.

As of right now, there is no indication that Disney plans to bring these extra early mornings back.

Looking for touring plans & FastPass+ suggestions for the other Disney World theme parks?