We love January at Walt Disney World. It starts off with some of the year's heaviest crowds but finishes with low crowds and cool temps (2 of our favorite things to have when visiting!).

Ready to dive in? Jump down to the January Crowd Calendar

Planning for Disney World in January

In January, that means that you'll typically find the parks open longer at the beginning of the year and around the Martin Luther King Jr. holiday.

If you are looking for a good deal, January is typically a prime time to snag one.

Tickets over the busy New Year's Holiday and Martin Luther King, Jr. weekend are pricey. But if you can avoid traveling over those dates, you'll find some of the lowest prices of the year.

Also, January has seen discounts of some sort for at least the past 6 years (which is as long as we've been tracking them).

While not really a "special event", if you are traveling during the first few days of January, you'll likely get to see many of the holiday decorations still up across the parks.

Decorations typically begin coming down on the first Monday after New Year's.

This process takes a while, though. And, with so many resorts and parks, it usually takes a couple of weeks for all traces of the holidays to be removed.

When do the decorations come down?

The most popular of all the runDisney races is the Walt Disney World Marathon, which typically takes place the first weekend after New Year's Day.

Note: due to safety concerns, many runDisney races in 2021 have been canceled. Be sure to check the official runDisney website for the most up-to-date information.

This multi-day event includes the full and half-marathons, plus a 5k and 10k race and thousands and thousands of guests descend on the Walt Disney World Resort over Race Weekend to run one (or more) race.

The newest festival at Epcot is called Festival of the Arts, and it is one of our favorites.

Taking place in January and February, this festival covers all things "art". This includes visual, culinary, and performing arts.

Overview of the International Festival of the Arts

If you prefer cooler temperatures and low humidity, January is the month for you.

But even though the temps range from lows in the 50s to highs in the 70s, remember those are just averages.

It isn't unusual to see those lows dip into the 30s and the highs to climb into the 80s.

Layers are a necessity during this time of the year. Even the characters wear long sleeves and jackets in January.

In addition to cool temps, January also sees some of the least amounts of rain, with an average of fewer than 3 inches per month.

CAN YOU SWIM IN JANUARY?​

The good news is that the pools across the resort are heated. And, in fact, one of Disney's 2 water parks is also typically open in January. 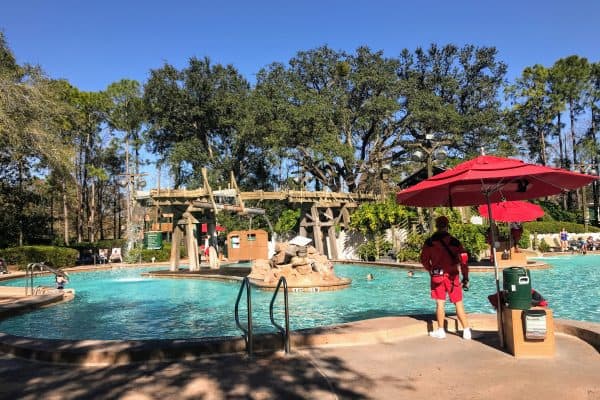 But, just because you can swim doesn't mean it won't be chilly.

We generally hear from people that if you are from a cold climate, swimming during January isn't bad.

However, if you are from a typically warm climate, then jumping in a pool when it is 70 degrees out might be a bit too chilly.

And, in our experience, while many kids seem oblivious to the coolness of swimming in January, the adults might find it rough.

If swimming is a must-do, your best bet is to give it a go during the middle of the day when the air temperatures are the highest.

When packing for Disney World in January, layers are going to be key.

The mornings and evenings are likely to be chilly, but you may find that short sleeves will work just fine during the middle of the day.

That's why having things you can easily take off and put back on is essential.

Again, what climate you come from will likely determine just how heavy your layers are. In general, if traveling in January, we recommend everyone have a heavy jacket or coat. 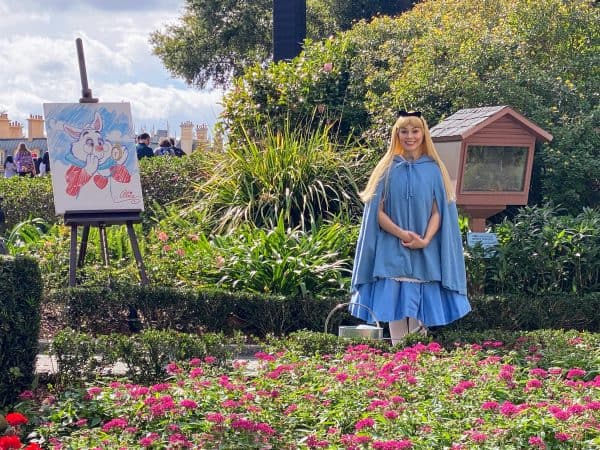 Sweatshirts and hoodies are also good options for milder days.

In addition, we've had several trips where we found ourselves purchasing gloves in the parks, so we now are sure to pack those with us when we head to Walt Disney World in January.

Disney tends to save major refurbishments for times of the year when the crowds are the lowest, typically after the busy holiday season but before summer.

That means January will typically see many refurbishments.

To see what will be closed on your trip, toggle the "attraction closings" on the calendar menu.

At this time, no major new attraction, restaurant, or show is scheduled to open in January.

TIPS FOR DISNEY WORLD IN JANUARY