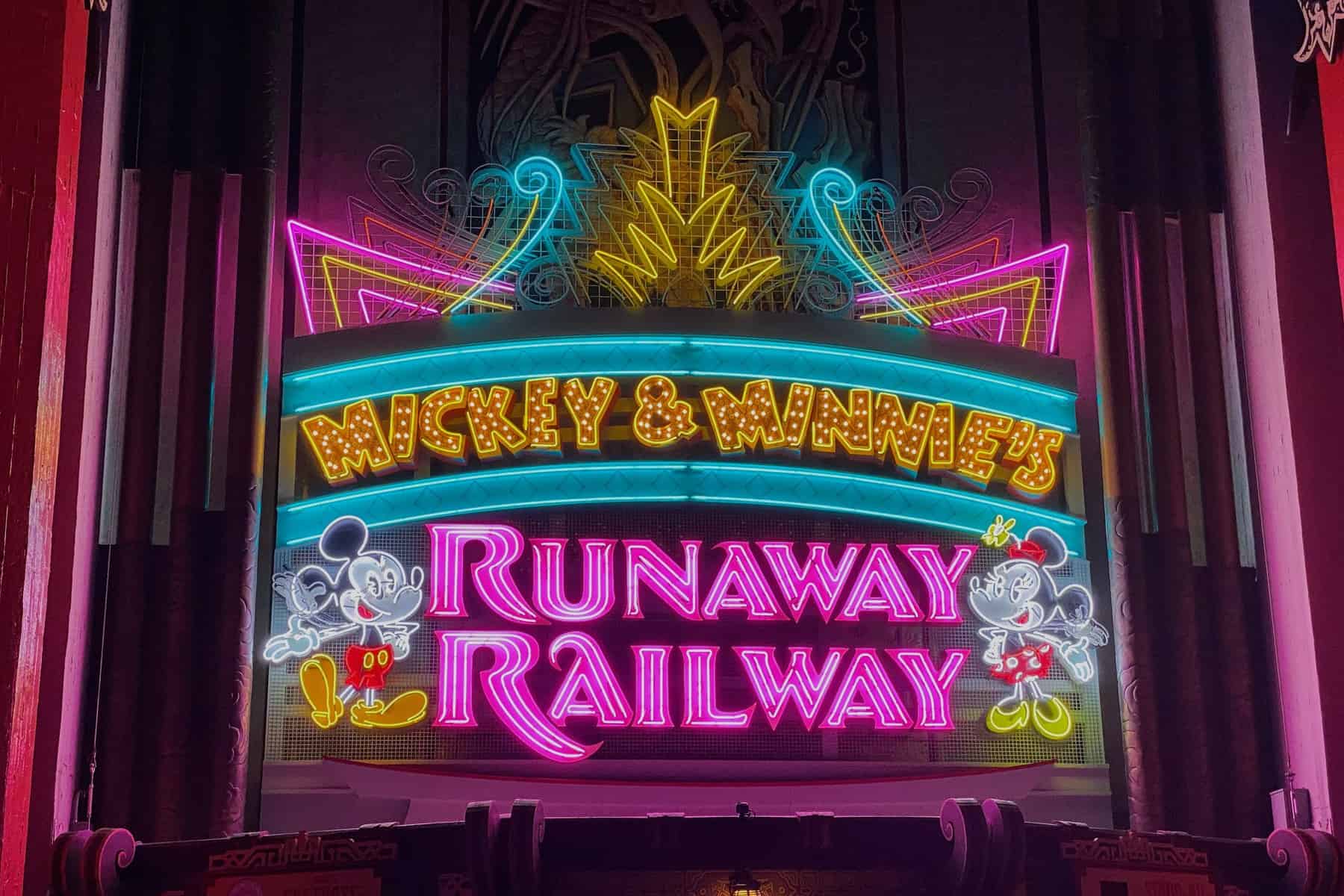 It’s a popular ride at Hollywood Studios and for good reason. Not only do guests to board a “runaway railway” and step inside a Mickey cartoon short, but the storyline is super fun and the effects are quite impressive.

Everything You Need To Know About Runaway Railway

You can find Runaway Railway at the end of Hollywood Boulevard inside the Chinese Theatre. Here’s the location on the map.

You cannot use Rider Switch for Runaway Railway, nor is there a Single Rider Line available.

Runaway Railway is one of the newest attractions at Hollywood Studios. It first opened on March 4, 2020. This is the first ride-through attraction in Disney history starring Mickey and Minnie.

With the opening of Runaway Railway also came the closing of the beloved and iconic attraction The Great Movie Ride on Aug. 13, 2017.

Runaway Railway was first announced during the 2017 D23 Expo, along with the official closing date of The Great Movie Ride.

Even though the rides are very different, several Great Movie Ride remnants remain, including the Chinese Theatre itself and the handprints, footprints, and autographs of famous figures outside the theatre.

Also, once you’re on the actual ride, make sure you listen for the train whistle. This is the exact same tri-tone boat whistle used in Steamboat Willie.

The Runaway Railway queue is located both outdoors and indoors. There is also a fun pre-show, but keep in mind that it isn’t always running.

Once you get inside, the queue also has fun themed-Mickey cartoon posters that change, so keep your eyes peeled!

There is an interactive queue that guests can enjoy courtesy of the Play Disney Parks app. Make sure your smart device is charged and ready to go!

The trackless ride vehicle for Runaway Railway goes backwards and forwards and has some short bursts of rapid movements. There’s also a certain simulator-type scene that could cause motion sickness. We have a guide on motion sickness that’s filled with information and tips.

The ride vehicle is representative of a railroad car and each row can fit about three to five individuals.

As for the entire ride vehicle, about six to 10 guests can fit in each individual railcar. There is one singular pull-down lap bar that covers all guests in a row for safety purposes.

Runaway Railway is kid-friendly. There are a few fast and thrilling moments that could frighten little ones, but, overall, it’s a fun ride for the entire family.

We have a full guide on several other things that might scare little ones at WDW.

Watching a ride-through video of Runaway Railway doesn’t compare to the real-life experience, but if you want an idea of what the ride is like, here you go. Also, don’t watch if you want to avoid ride spoilers.