Na’vi River Journey (what it is, history, & other important facts) 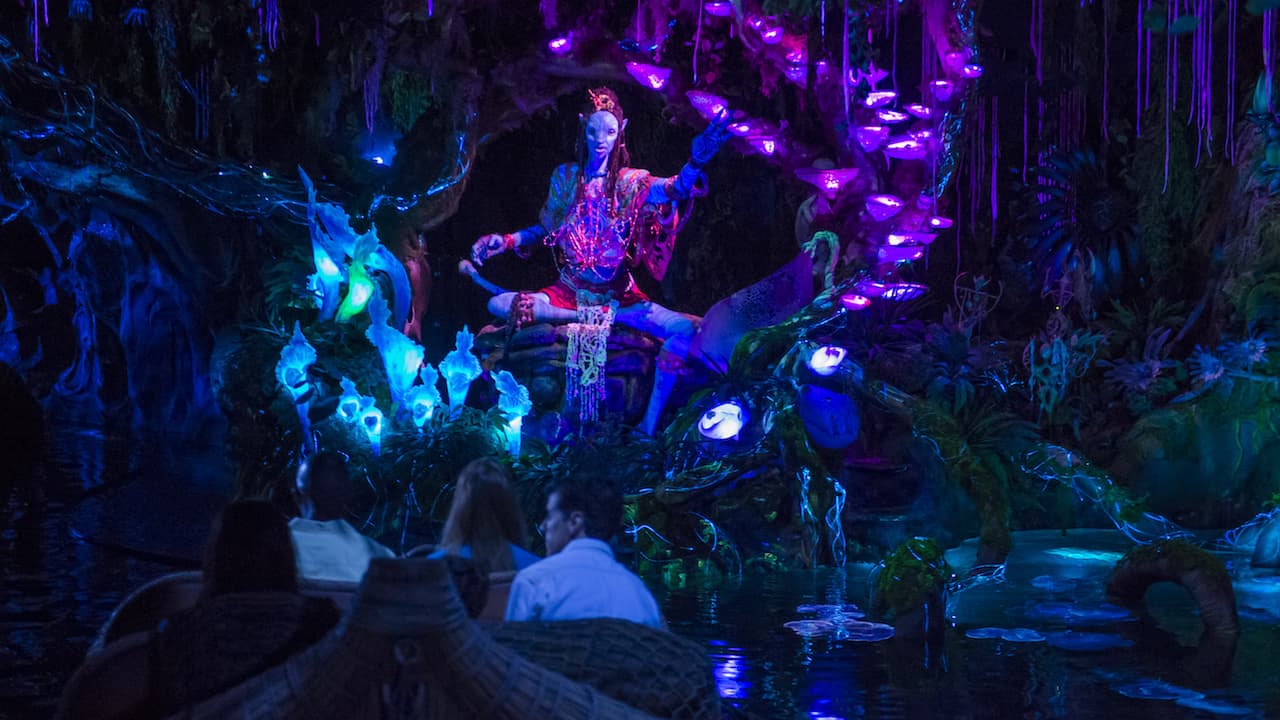 Na’vi River Journey is one of two attractions found in Pandora — World of Avatar.

It’s a relaxing boat ride that also features some of the most stunning and impressive scenery thanks to the bioluminescent forest and the unbelievable Na’vi shaman audio-animatronic.

Everything You Need To Know About Na’vi River Journey

You can find Na’vi River Journey in Pandora. Here’s the location on the map.

You can use Rider Switch for Na’vi River Journey. Rider Switch is Disney’s system that allows guests with small children to take turns riding bigger rides, while another person/people wait with the little one. There isn’t a Single Rider Line available.

On May 27, 2017, Na’vi River Journey officially debuted. This was also the same date the entire land of Pandora opened to the public.

The name of the river journey was first revealed during the 2015 D23 Expo. In 2011, the addition of Pandora to Animal Kingdom was first announced.

In April 2017, about a month before both the land and attraction opened (alongside Flight of Passage), Disney teased a first look at the massive Na’vi Shaman of Song audio-animatronic that is beyond impressive.

At the time, Disney even called it “the most complicated audio-animatronics figure ever created by Walt Disney Imagineering.”

There’s no denying that for a boat ride, Na’vi River Journey is stunning and captivating.

The queue for Na’vi River Journey isn’t as elaborate as say the line for Flight of Passage, but the theming is certainly on point. It’s also quite pretty in certain areas.

And despite as long as the wait times can be for the attraction, there isn’t an interactive queue for guests to enjoy.

Na’vi River Journey is a slow-moving boat ride in the dark. There aren’t any twists, turns, or rough moments. If you need it, we have a guide on motion sickness that’s filled with information and tips.

You ride in a boat on the Na’vi River Journey. Each ride vehicle has two rows that can fit about two to three adults per row, depending.

Na’vi River Journey is kid-friendly. After all, there isn’t even a height restriction. It’s not fast or scary, but keep in mind that the ride mostly takes place in the dark.

We have a full guide on several other things that might scare little ones at WDW.

If you’d like to take a virtual boat ride on the Na’vi River Journey, here you go.