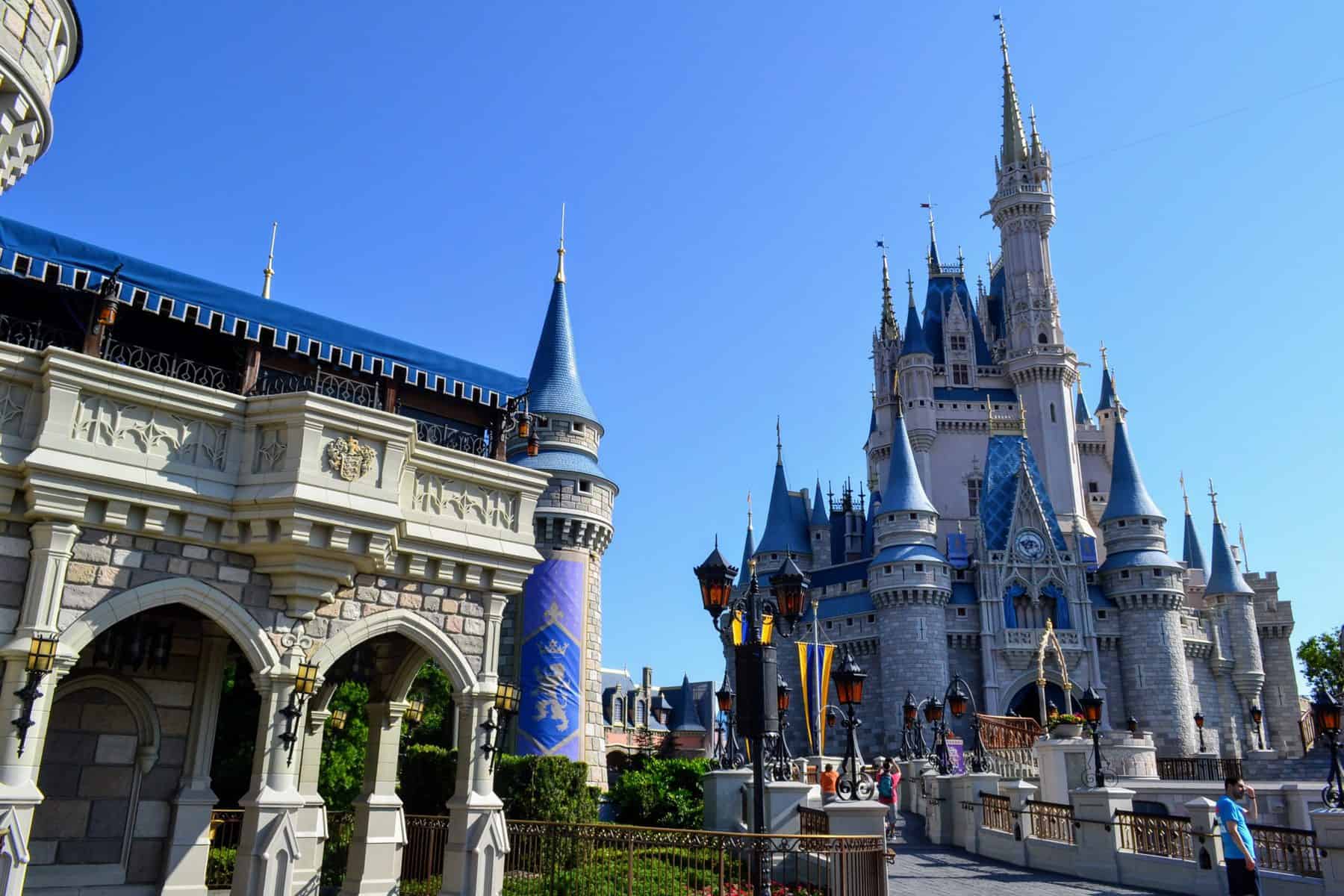 For the near future, we know that Disney World planning is going to look a LOT different than what we have always known.

If you’re planning to visit the Walt Disney World Resort in 2021 or 2022, you’ve come to the right place.

We’ve put together an easy-to-follow guide that will help you navigate all the changes in-store.

One of the most significant changes we’ve seen is the suspension of FastPass+.

This may come as a surprise considering just how important both FastPass and the more recent FastPass+ has been to park touring in the past years – but there is a good reason for this suspension:

To better control capacity and to maintain recommended physical distancing, Disney needs to use the FastPass+ queue space.

This is the million dollar question right now.

The truth is we really don’t know. But one thing is certain: the extended closure and subsequent suspension of FastPass+ is the perfect opportunity for Disney to revamp any number of things – including FastPass+.

One rumor that has been floating around is the idea that Disney would look for an opportunity to monetize the FastPass+ system similarly to the way the MaxPass system does at Disneyland.

To long-time Disney World visitors, the FastPass system at Disneyland is nearly identical to what we had before the introduction of FastPass+ (which came with the ability to schedule FastPass reservations in advance).

With the old FastPass system (like what you see at Disneyland) there is no scheduling, and you don’t get to choose your return time; you simply get the next available spot. And to get your FastPass, you have to visit the FastPass machine near an attraction.

At Disneyland, when you purchase MaxPass, you are buying the convenience of being able to secure your FastPass reservations with your phone versus having to go to each individual attraction when it is time for a FastPass.

You still aren’t able to pick the time, but you save yourself many steps running from attraction to attraction.

At Walt Disney World, hard core rope droppers and families who tackle the parks with touring plans tended to benefit from the old FastPass system since it allowed for those that hit the parks early to get the best FastPass return times and the most opportunities for FastPasses period.

But, guests with small children or those with lots of dining reservations, or even people that like to sleep in tend to prefer the newer FastPass+ method where you can schedule your rides weeks ahead.

To be certain, what works for Disney is to have guests not waiting in lines – because when you’re standing in a line, you aren’t able to spend money.

So, we do think Disney will look to have some sort of system that can do that. And, that very well could just mean that Disney World returns to FastPass+ as we know it (as soon as the extra queue space isn’t needed).

But we also wouldn’t be surprised if there were changes.

Back in 2019 Disney did tease their Disney Genie which was supposed to help create customized plans to provide guests with “their optimal day”.

And, while that may sound good, we would be remiss if we didn’t point out that we are fairly confident that Disney could (and likely would) also use it to push guests towards attractions, restaurants, and experiences with low waits and not necessarily the best of the best of the things people typically seek out.

Of course, that announcement was way before the shutdown and even in the best of times, it isn’t usual for Disney to quietly scrap previously announced plans.

But it does make us wonder if maybe Disney hasn’t been thinking about tweaking the system for a lot longer than just this past year.

This is all purely speculation. And as we mentioned several times before – we wouldn’t be surprised either way.

But for now, just know if you’re visiting the parks it is Standby lines only. No FastPass and no Single Rider.

We know for certain that Extra Magic Hours are no more.

Originally just labeled as being “suspended,” Disney has since announced that they are scrapping EMHs and that they will be replaced with a new system called “Early Theme Park Entry”.

So, what exactly is Early Theme Park Entry?

So, definitely similar to Extra Magic Hours but different enough that we do think it will change how we recommend the least crowded parks a bit.

As of right now we don’t have many details, but we’ve been putting everything we do know into 1 spot so make sure you check that out.

One of the health and safety measures currently in place allows for physical distancing inside the park.

And, although sometimes challenging, Disney has figured out procedures and ways to accomplish that for their restaurants, and on their transportation, and at attractions and shows with seats.

But for things without seats or designated places to stand, it gets a lot, lot trickier.

That means for the time being there isn’t any nighttime entertainment. No nighttime shows like Fantasmic and no nighttime fireworks like Happily Ever After or the new Harmonious at Epcot.

Parades have also been replaced with character cavalcades and flotillas.

As for live shows with seating, some have returned. The Frozen Sing-Along, for example.

In addition, at Epcot you can also see the Voices of Liberty (as well as a couple other classic Epcot acts) perform live.

Other live shows are slowly coming back online, too, and we expect more and more to follow the further away we get from the closure.

This is probably the biggest change in the entire planning process and it is far different from anything we’ve done in the past.

And, as of right now, you can even book Park Passes as far out as 2023 so it doesn’t appear that Disney has any intentions of stopping using them anytime in the near future.

So, what exactly is a Park Pass Reservation?

It is basically what it sounds like. If you want to visit any of the 4 theme parks (Magic Kingdom, Epcot, Hollywood Studios, or Animal Kingdom) you have to make a reservation for it first.

Out of an abundance of caution and in adherence to health guidelines, Disney is limiting capacity across its entire resort. That means parks, resorts, restaurants, and shops all will see their maximum capacity greatly reduced.

And the way they do that is by using the Park Pass Reservation System.

They have a handy calendar that will show you exactly which parks are (or are not) available for every day between now and January 14, 2023.

As soon as you purchase your tickets you’ll be able to secure your park dates.

Because it is so brand new we have written an entire guide to help you with the process.

Another big difference you’ll find is that at the current time Disney is not selling the Disney Dining Plan.

But, one thing we are fairly certain about is that we do think it will return.

The problem right now stems from the capacity limits in the restaurants.

As long as those are in place, it makes it difficult for Disney to sell any sort of Dining Plan.

But, we are fairly confident that a Dining Plan of some sort will return in the future.

Remember – the Disney Dining Plan is sold as part of a Disney Vacation Package and was only available for onsite guests.

So, if you’re thinking of planning a trip for later this year or even next, and you’d be interested in adding a Dining Plan once they are available, make sure you’re planning to stay onsite.

READ MORE: Budgeting for Food without the Disney Dining Plan

In addition to no Disney Dining Plan there are a few other changes that you’ll see in the parks.

First, Character Meals don’t look exactly the same (more on that below).

Second, you may find that it makes more sense to choose to dine outdoors.

We definitely do. Even though the capacity in the restaurants is reduced, dining outdoors lets us spread out more and is a safer alternative to dining indoors.

In addition to all of that, there aren’t any self-serve dining options (so no buffets, no refill stations, etc.) and mobile order is encouraged wherever it is available.

We cover all those changes in the link below.

READ MORE: Dining Changes You Need to Know About

This one is tough but it is also totally understandable.

For everybody’s safety, there are currently no character meet and greets.

In addition, traditional character meals (where the characters visit each table individually) have also been temporarily suspended.

That means no Mickey hugs and no autographs.

Disney has done a good job modifying things, though. No you can’t hug Mickey, but you will see him throughout the parks.

The same is true for character meals. Maybe Minnie won’t visit your table but she’s still in the restaurant.

Is it ideal? No. But does it make the best of a bad situation? Definitely.

We have reviews of all the character meals (in their current state) as well as information on all of the other opportunities to see characters in the link below.

READ MORE: Where You Can See the Characters Right Now

Even though masks aren’t required in outdoor common spaces anymore, there are still some instances when you will be required to put one on.

That includes when entering and throughout all attractions, in all theaters and their entrances, for all transportation and their respective entrances, and at all indoor locations, including dining, except when actively eating or drinking while stationary.

We have lots of tips and suggestions for masks linked below.

Disney shocked everyone when they announced that Magical Express would cease to operate beginning January 1, 2022.

This is a pretty bid deal and something that could have an impact for families – especially families of little ones.

As of right now, Disney hasn’t announced any replacement. And again, we wouldn’t be too surprised if they didn’t offer something that they could monetize.

All other forms of transportation are currently operating except for Minnie Vans.

Because of physical distancing guidelines there have been some tweaks to how things work, though.

Make sure you check out the guide below for everything you need to know.

Questions about traveling to Walt Disney World right now? We have additional posts to help you plan. 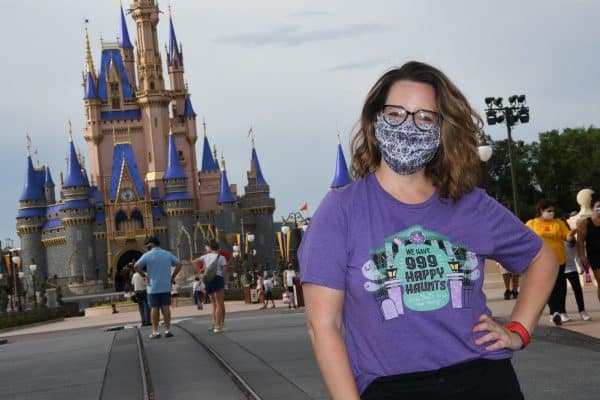 Are PhotoPass and Memory maker Still Worth It? 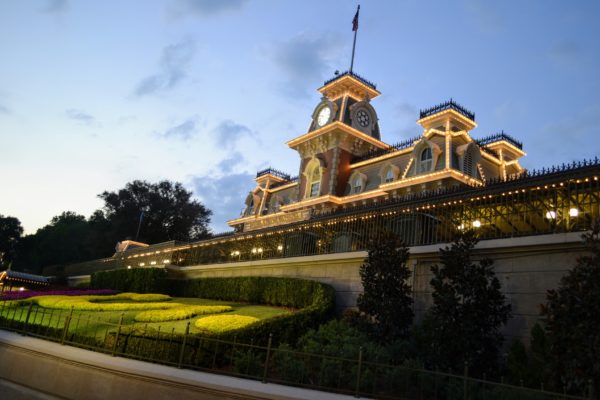