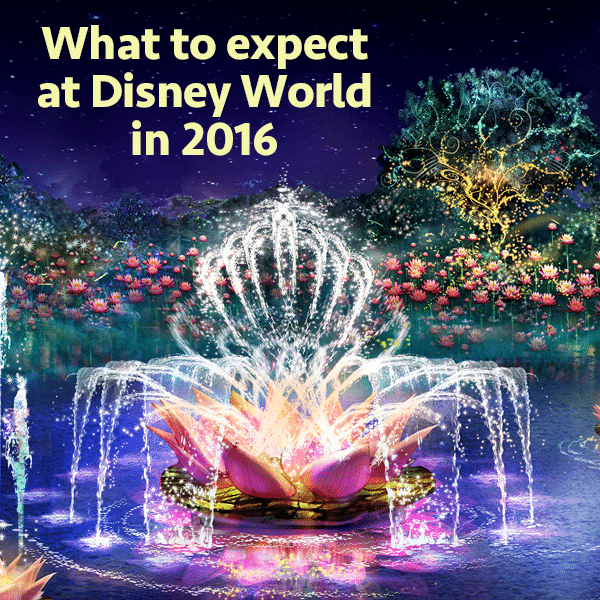 There are a lot of exciting changes coming to Disney World in 2016, including a new nighttime show, all new attractions, completely redone popular attractions, and lots of construction.

I have details on all of that, plus a quick tip of the day.

Changes coming to Disney World in 2016

Do you know when the NBA expirence is opening? We are going in the beginning of September and hope to go.

I have been using your blog to help plan my honeymoon this June! This is also our first time ever to Disney world though we frequent Disneyland about once a year. My husband is a huge Disney fan and I wanted to surprise him with a magic kingdom tour. How would you compare the Keys to the Kingdom tour vs the Marciline tour? What are the pros and cons for each? Thanks!

hello from NYC! my kids are 5.5 and 3.5- our boy is the younger of the two and very active. we're thinking of going in march... we would love the option of cooking in our room- what would you suggest the best resort would be? thanks! this website is AMAZING!!!

Question: we are going for the first time in May! So excited, my oldest son LOVES Indiana Jones I read somewhere that there might be possibly closers on this attraction. Have you heard anything like that regarding that attraction? We are going end of May. Thank you in advance.

Hi Shannon & Heather, Love the website, podcasts & all you do to make happy holidays for folks. We are coming to Florida from the UK in July for our 8th visit & will be staying offsite. This visit, we wish to treat ourselves to the Keys to the Kingdom tour but are concerned about MK transportation to get us to City Hall in time for the early start. We are therefore considering booking an early breakfast at the Contemporary Resort then walking over to take any stress away. If it is possible to do this (the 180 day window opens up for us next week), would Disney let us leave our rental car parked at CR all day? Many thanks & all the best foe a Happy New Year!