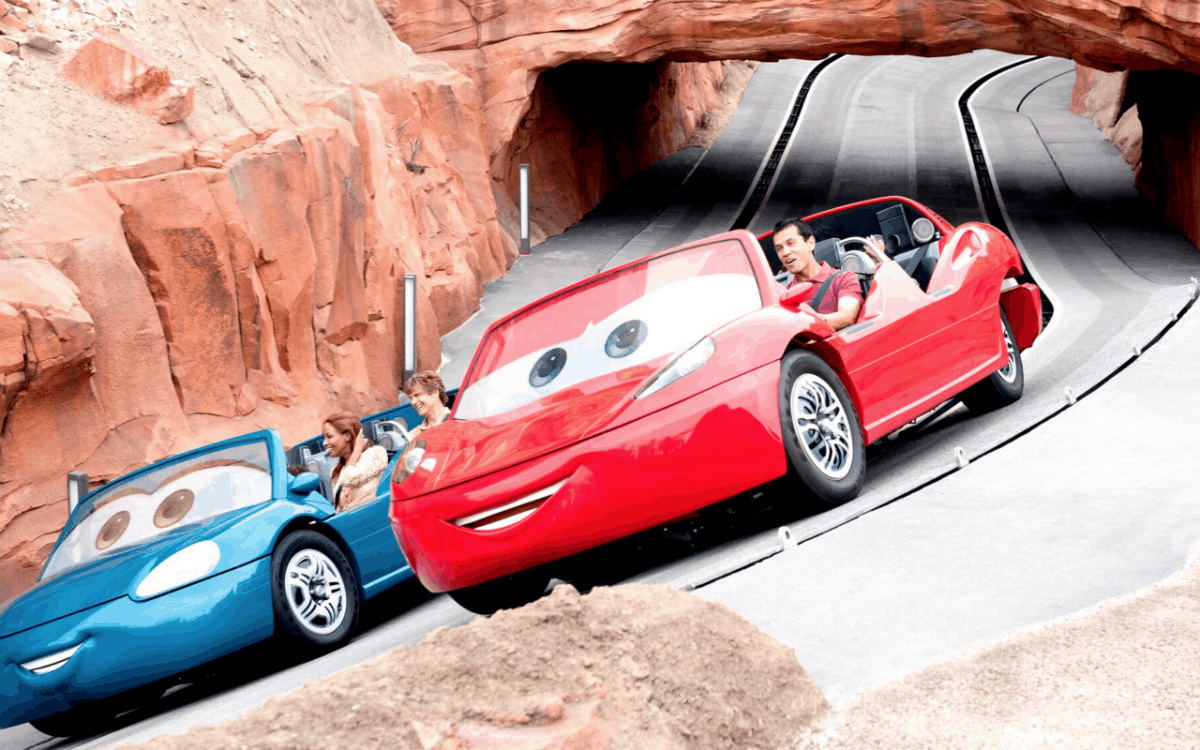 Many families traveling to Disneyland include of mix of those that are tall enough (and ready) to ride the “big” rides, and those that aren’t.

The truth is, even though the attractions at both Disneyland and Disney California Adventure are packed with family-friendly options that are suitable for everybody, there’s a few that might be a bit much for some – but that doesn’t mean anybody has to miss out on the fun!

Even if you’re someone traveling with children who don’t want to hop on a particular ride or don’t meet height requirements, there’s still a way for you to ride that attraction.

You read that right. This magical solution is called Rider Switch, aka “child swap,” and we have all of the important details about the feature listed below, so keep reading.

UPDATE: The information below may be impacted by current reopening procedures. Please visit our Disneyland reopening guide for the most up-to-date information.

What Is Rider Switch?

Rider Switch basically gives everyone in your party a way to experience attractions, even if a younger guest doesn’t want to or isn’t tall enough to do so.

How Does It Work?

An adult or supervising guest in your party (at least 14 years or older) can wait with the person(s) not riding while the rest of the group boards the attraction.

Then, after those who rode the attraction get off, they switch roles with the supervisor, who then can experience the attraction without waiting in the regular “Standby” queue again, similar to FastPass.

Here’s how you use it:

NOTE: The Rider Switch pass allows up to three guests entry for Party 2. Depending on your group, a person or persons might be able to ride an attraction twice if they were to go with both Party 1 and Party 2.

What Is The Price?

There is no extra cost for Rider Switch.

Is There A Return Time?

Who Can Use It?

Anyone with kids who are either too young, not tall enough, or don’t want to ride the attraction.

Which Attractions Offer It?

Rider Switch is only available for select attractions at each theme park. They include:

Can I have more than 1 Rider Switch at a time?

While you used to be able to hold multiple Rider Switch tickets at a time, that is no longer the case.

You can only have 1 at a time.

Can It Be Used With MaxPass?

Sometimes Rider Switch can be used with MaxPass. But, it’s important to note that you don’t necessarily need to use Rider Switch and MaxPass together.

You can simply have one group use their MaxPass reservation first, while an adult waits with those who aren’t riding. Then, when the first group is done, the second adult can use their MaxPass to ride the attraction. This is a much easier process.

If you use this method, make sure you also keep track of time. You want to make sure everyone can ride and use their MaxPass before the arrival window closes and before your next booked MaxPass.

All that said, there are pro-tips that many have used that might come in handy when combining MaxPass and Rider Switch. You might even be able to save some money in the process.

So what is one method? It’s much easier to explain with an example, so let’s say there are two adults and one child in a group who isn’t going to ride bigger attractions or doesn’t meet height requirements. Here’s what would happen:

Important: It appears these methods only work sometimes based on Cast Member discretion. Some Cast Members may require all party members to have a MaxPass or FastPass in order to board (especially if everyone in your party has purchased MaxPass), meaning there really is no need for Rider Switch. And the bigger your group, the less options you have for these scenarios.

This scenario allows a group to book two FastPasses via MaxPass at the same time, so you’re getting more bang for your buck. Plus, no one has to stand in the regular queue or wait long periods of time.

You could even have one adult use MaxPass and still combine it with Rider Switch for the remaining people in the party. This way, you’d save money and, again, no one would have to wait in the standby line. Or, make sure to only make MaxPass selections for those in Party 1 and then Party 2 can use Rider Switch to hop on the attraction.

A lot of math is involved when trying to figure out how to combine MaxPass and Rider Switch, so, if you can afford it, it might just be simpler to have everyone purchase MaxPass and use it without Rider Switch.

As for in-park distribution FastPass, you should also be able to use the previously mentioned methods as well when using Rider Switch. But, this way, you wouldn’t have to spend extra money on MaxPass.

Check out our FastPass and MaxPass guide for more information on how both systems work.

…families using Rider Switch aren’t getting to ride twice as many attractions; they are “getting” to stand in line at an attraction twice. Rider Switch just helps to cut down that second wait.

If your party doesn’t have to split up to ride, you are able to all ride together and then move on to the next thing.

A family that splits up into 2 groups because somebody can’t ride an attraction will find themselves waiting in line twice.

Rider Switch makes that easier, but it doesn’t necessarily put them at an advantage over a family that doesn’t use Rider Switch.

Walt Disney World’s Rider Switch is pretty much the same as Disneyland’s, except when it comes to the MaxPass hack. Disney World has FastPass+, but there is a way to use Rider Switch with the FP+ reservation system.

The Best Nearby Attractions To Occupy Little Ones

Looking for something to do while you wait?

Here’s some ideas of nearby attractions to keep you busy.