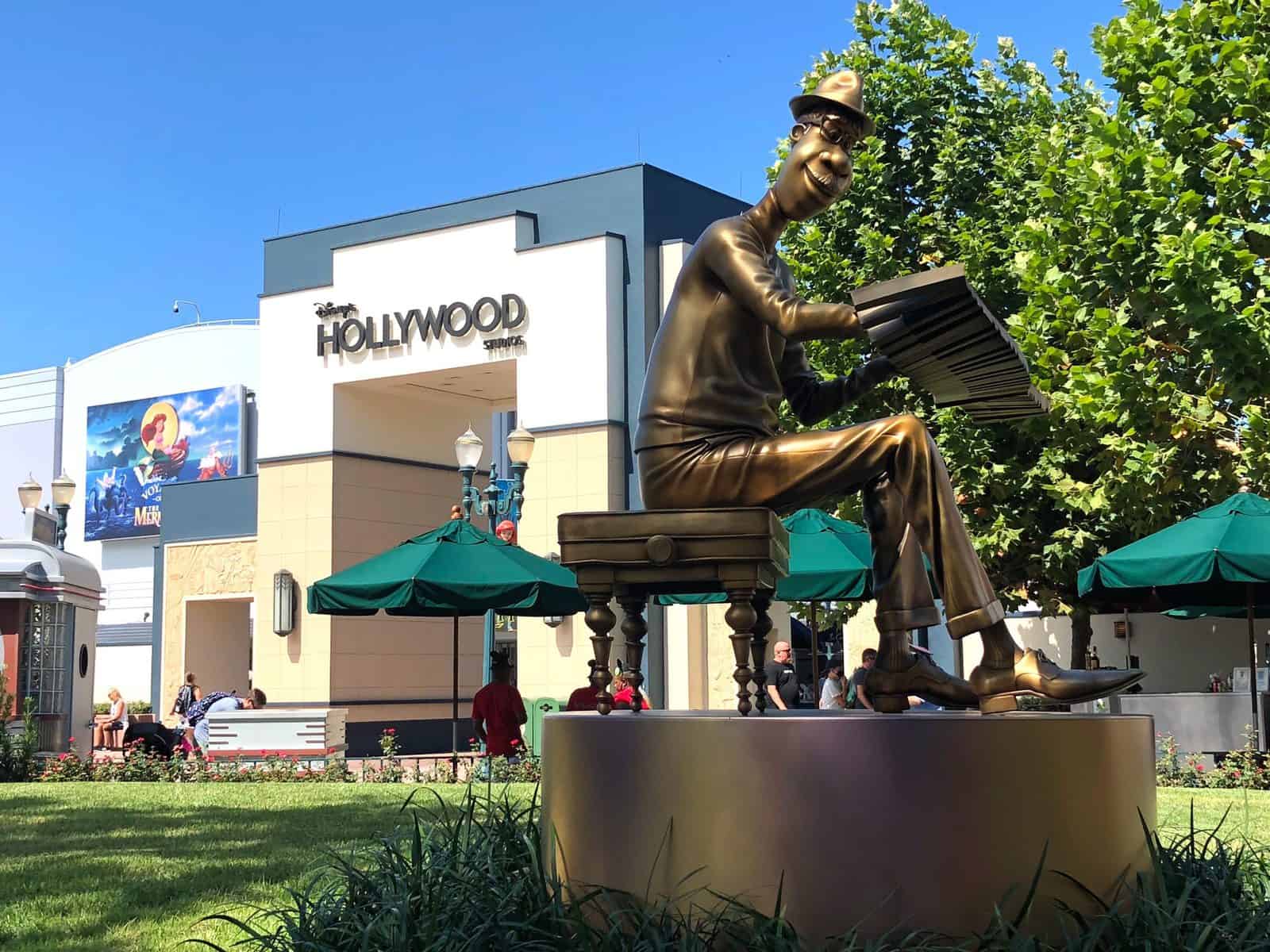 One of the many ways Walt Disney World is celebrating its 50th anniversary is with the Fab 50 Character Collection.

The collection consists of 50 characters shaped into gold statues and placed throughout each theme park.

It’s a nice way to honor many of the Disney and Pixar characters that have been created over the years.

Seeing as there are so many statues, we wanted to make it as easy as possible for you to find each one.

Not only have we broken them down by park and land, but there are also descriptions and maps to make sure you don’t miss any of them. And if you want to keep track of what you’ve seen, we have handy checklists for you to use, too.

Keep in mind, though, that although there are 50 characters represented, there are only 36 separate statues. Some characters (like Lady and the Tramp) are combined into 1 statue.

Most of them are easy to spot, if you know where to look.

Here’s where you can find each Fab 50 statue at Magic Kingdom, Epcot, Hollywood Studios, and Animal Kingdom.

Magic Kingdom has the most Fab 50 statues. In total, there are 19 across the park.

Lady and the Tramp

Lady and the Tramp is the first statue you’ll see as you enter Magic Kingdom. It’s near the flag pole and the train station, closest to the side where the Town Square Theater and Tony’s Town Square Restaurant are located.

Mickey is right next to Minnie. It’s only appropriate he’s close to both Minnie and the Partners Statue.

Goofy is in the garden area on the righthand side closest to Cinderella Castle behind of the Partners Statue. You can find him past Mickey and Minnie.

Pluto is next to Goofy in the garden area on the righthand side of the hub towards the front of the castle.

You’ll be able to spot Donald on the lefthand side of the Partners Statue in the garden area directly in front of Cinderella Castle.

Daisy is near Donald in the garden area behind and to the left of the Partners Statue.

Chip ‘n’ Dale are to the left and in front of the Partners Statue. They’re in the garden area directly opposite of Mickey and Minnie.

You’ll have to look up a bit higher for Tinker Bell, as her statue is situated as if she’s flying. If you’re looking at the front of Cinderella Castle, you’ll see Tink on the left, up high in the outer ring garden area facing the center of the Hub and close to the Mickey Pretzel snack cart.

Jaq and Gus (or as true fans call him, “Gus Gus”) are a bit hidden. Their statues are almost like a plaque, which is placed on a wall inside the turret that sits in front of the castle on the right.

Winnie the Pooh and Piglet

As you walk towards Adventureland, look to your left to see Winnie the Pooh and Piglet in the garden area that lines up with Crystal Palace.

Dumbo and Timothy are in the garden area to the left of the walkway that leads to Tomorrowland. They are across from Goofy and Pluto.

Abu is one the harder Fab 50 statues to spot. As you enter Adventureland, look up to the right of the land’s sign to see the monkey.

As you walk past Skipper Canteen, make sure you don’t miss Orange Bird, who is sitting at the top of a perch behind a porch chair.

Mad Hatter is easy to find, because he’s by the Mad Tea Party attraction. He’s on the side closest to the Tomorrowland Speedway.

Cheshire Cat is near the Mad Tea Party attraction on the side closest to the Cheshire Cafe.

Pinocchio is near, you guessed it, Pinocchio’s Village Haus. He’s by the turrets that lead to New Fantasyland.

Lumiere and Cogsworth are by the New Fantasyland turret near The Friar’s Nook.

The Stitch statue is stuck to the Purple Wall by Tomorrowland Terrace.

Epcot only has 5 statues and they are all in the same area near the World Showcase.

Dante and Miguel are on the far left side of the big garden area in Showcase Plaza. This is the middle area that separates Mexico and Canada.

Groot and Rocket are to the right of Dante and Miguel in Showcase Plaza’s garden area.

Hei Hei and Pua are also in the Showcase Plaza, but on the righthand side.

Olaf and Bruni are next to Hei Hei and Pua in the garden area on the righthand side.

Figment is in the small garden are on the lefthand side as you walk the former Future World into the World Showcase. He’s near the walkway that leads to the Epcot Experience.

Hollywood Studios has a total of 7 statues and they are all in the same vicinity.

Near Echo Lake and Dockside Diner

The Incredibles character is in the garden area near Echo Lake, Dockside Diner, and where the For the First Time in Forever: A Frozen Sing-Along Celebration plays.

Edna is to the left of Frozone in the same garden area near Echo Lake and Dockside Diner.

R2-D2 is on the opposite side of the garden area where Frozone and Edna Mode are near Echo Lake.

BB-8 is directly next to R2-D2, in the same garden as Frozone and Edna but on the side closest to Echo Lake.

Bo and Woody are in another garden area, but on the right side of Mickey & Minnie’s Runaway Railway.

Sebastian and Flounder are in the garden area to the left of The Hollywood Brown Derby and near the Animation Courtyard.

Joe Gardner is to the right of Sebastian and Flounder sitting next to The Hollywood Brown Derby.

There are only 4 statues at Animal Kingdom and they can all be found by the Tree of Life.

Near Tree of Life in Discovery Island

Bambi and Thumper are in a garden area in front of the Tree of Life next to The Island Mercantile merchandise shop.

Simba is in a garden area to the right of the Tree of Life close to the Discovery Trading Company.

Timon and Pumbaa are directly next to Simba.

Nemo and Dory are a bit more hidden, but still near the Tree of Life in an area across from Simba, Timon, and Pumbaa.

We’ve created checklists for each park and also a group one. You can click on each checklist to zoom in, download, and even print, if you’d like.

Have fun scavenging for each Fab 50 statue!