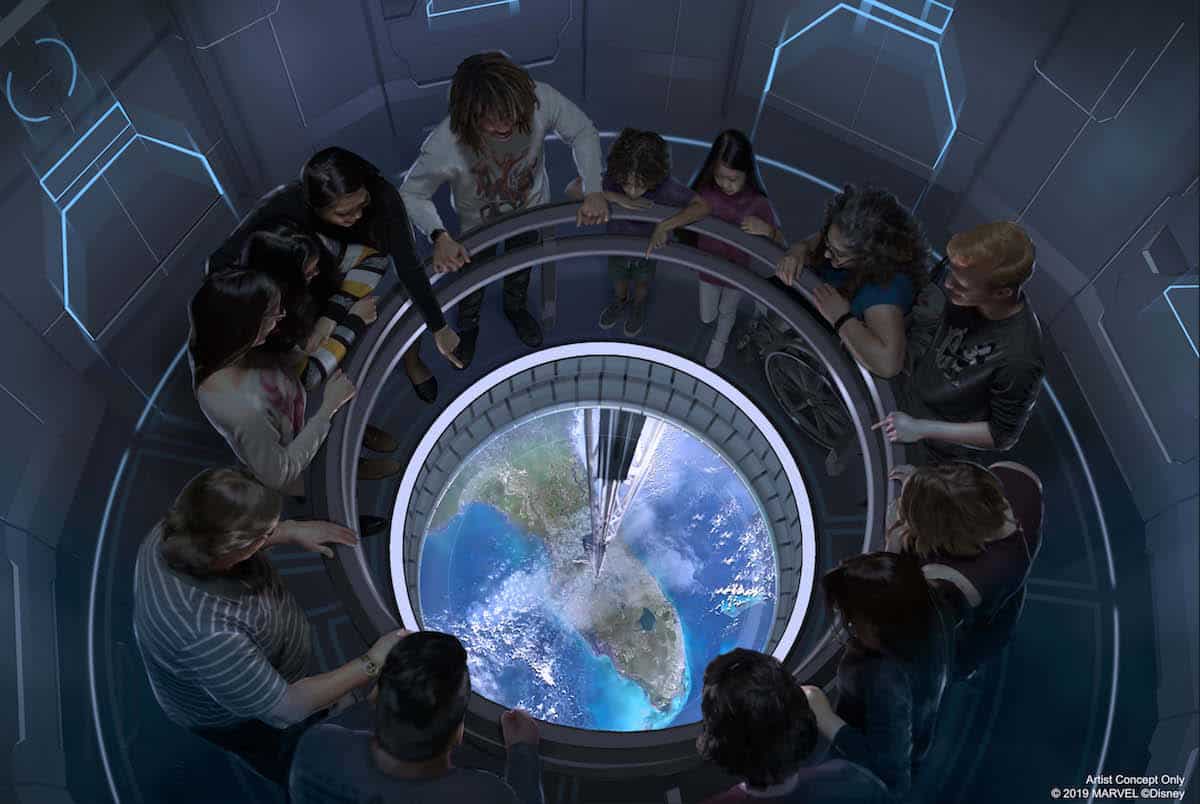 After such a rough 2020, we’re more than ready to talk about what new things we think we will probably see coming to the parks for 2021.

Here’s what we’re excited to see…

Article: what’s coming to Disney World in 2021 and beyond 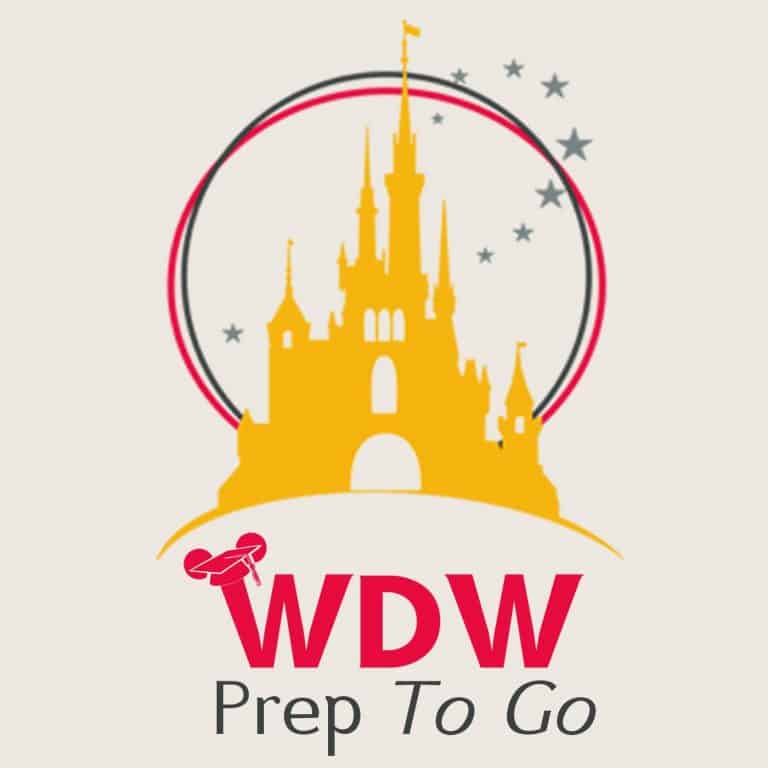 Epcot is currently undergoing a major reorganization of the park.

Disney made a lot of announcements about Epcot over the past year or 2 and part of the reason for the reorganizing of the park was to allow for some new attractions they have planned to make sense.

In the reorganization, World Showcase stays the same, but Future World will be broken up into 3 new sections:

If you want to see what any of the new projects look like you can find them inside of Epcot Experience.

This spot (which uses projections and large screens) isn’t new, but it does evolve as projects change, and it gives you a good overview about all the new stuff that is scheduled to be coming.

This attraction isn’t a total mystery (because there is a nearly identical version at Disneyland Paris), but Disney has confirmed that this new trackless ride featuring Remy will be opening up sometime in 2021.

Our original guess was that we would see it possibly in May (just before Memorial Day), however, Disney has confirmed that Remy’s will reopen on October 1, 2021 (which is the official 50th Anniversary of Walt Disney World).

Located in the France pavilion, it is under construction now.

A crêpe restaurant is also coming to the newly expanded France pavilion, and we predict it will open at the same time as Remy’s.

France isn’t the only pavilion seeing something new.

The China Pavilion is scheduled to get a new movie called “Wondrous China”.

We assumed it would have opened when Canada’s new movie (called Canada Far And Wide) opened up, but it didn’t and there isn’t any word at this time when we might expect it.

In the World Showcase Lagoon a new show called Harmonious is under construction.

It was announced a couple of years ago, with the plan being that Illuminations would end and Epcot Forever would be shown in the interim while the construction on the new nighttime show was underway.

However, we don’t know for sure when Harmonious will start. Our theory is that the barges will be out on the water and running as water fountains – even before the nighttime show begins, and then we may see Harmonious start in late 2021.

We are excited about this new show and predict it will be a vast improvement over Epcot Forever (which we were not a fan of).

The entrance to Epcot has been evolving, too.

Epcot as a whole is a big construction zone, but at the front, some of the construction walls have been removed to reveal the new fountain and pylon.

The goal with the updates is to bring this section of the park back to how it looked when the park originally opened. That includes lots of updates, (including the logo).

Located in the former Wonders of Life pavilion (near Test Track), the new Play Pavilion will be an “immersive and interactive city where play fuels the fun.”

We haven’t heard much lately on this project (and Disney hasn’t released any additional dates or info), so it is possible that it could be delayed.

Not mentioned in this episode is Space 220, which is a new restaurant slated to be coming to Epcot.

This is the 3rd resort coming to the Swan & Dolphin. Originally named “The Cove”, it was recently renamed “Walt Disney World Swan Reserve”.

Located right next to Fantasia Gardens miniature golf course, the Swan Reserve is scheduled to open in July of 2021.

We are excited to see it because it will give guests that like to travel on points another option that is within walking distance of both Hollywood Studios and Epcot.

Located in Toy Story Land at Hollywood Studios, Roundup Rodeo BBQ will be a full-service restaurant offering guests the opportunity to be immersed in Andy’s world, one where he’s taped together cardboard boxes to create a rodeo arena using a “kaleidoscope of toys, games, and playsets.”

We do not know for sure that it is going to be open, but it had gotten pretty far along in the construction process prior to the closure, so we are hopeful that we will see a 2021 opening for this new restaurant in Toy Story Land.

Our very last trip before the shutdown included a preview of the new Cirque du Soleil in Disney Springs show called “Drawn to Life”.

Unlike the previous Cirque show that was at Disney Springs, this one is a collaboration between Disney Imagineerng, Walt Disney Animation Studios, and Cirque du Soleil.

We don’t have any definite dates yet, but there are indications that it will be returning sometime in 2021.

The Star Wars: Galactic Starcruiser Resort is being described as a “living adventure” and an all-inclusive experience, which sounds more like a cruise than a resort.

The resort will provide its own entrance into Star Wars: Galaxy’s Edge (inside of Hollywood Studios), and as you can imagine it will be very expensive.

Disney has been full-steam ahead on this new resort and although they originally were keeping to the 2021 opening date, they have recently announced that it will be opening in 2022.

Based on a similar ride at Shanghai Disneyland, the new Tron: Lightcycle Power Run coaster is coming to Magic Kingdom (construction is currently underway).

When it opens up, Magic Kingdom will be the first Disney park in the world to have both Space Mountain and Tron.

Guardians of the Galaxy: Cosmic Rewind will either the biggest or one of the biggest indoor roller coasters in the world.

If you’ve been to Epcot, you can’t miss the building; it is enormous. We expect it to open up in 2022.

Originally, we had expected both Tron and the new Guardians of the Galaxy roller coaster to be open for the 50th Anniversary Celebration (which is October 1, 2021) but with the closure, everything was pushed back.

But, the good thing is that when Disney does celebrations like they will for the 50th, they typically last at least 18 months which means there is still time during it to unveil one or both of these new major attractions.

This will found in the new World Discovery section of Epcot, and according to Disney, this “first-ever experience based on the Walt Disney Animation Studios hit film, ‘Moana,’ will let guests interact with magical, living water in a beautiful and inspiring setting.”

This new area will be located in World Nature.

Projects on hold or cancelled

We aren’t sure if it has been temporarily or permanently cancelled, but we’ve seen no indication that the new Mary Poppins attraction will happen.

This attraction was always kind of a mystery because when Disney announced it, they weren’t specific as to what it was even going to be.

As of this time, it has been removed from The Epcot Experience.

This was a project that was originally scheduled to be started in 2020, but with the shutdown it was quietly shelved.

If it does happen, we don’t expect it to kick off before at least 2022.

Another construction project that has hit the brakes is the new Disney Lakeside Lodge Resort. This new resort was scheduled to be built on land between Wilderness Lodge and Ft. Wilderness, and the land had even been cleared (and permits filed).

But, as of right now no construction is happening and with some existing resorts still closed, if construction does resume we don’t expect that to happen before 2022.