Tips for seeing Anna and Elsa at Disney World (and Olaf too!) 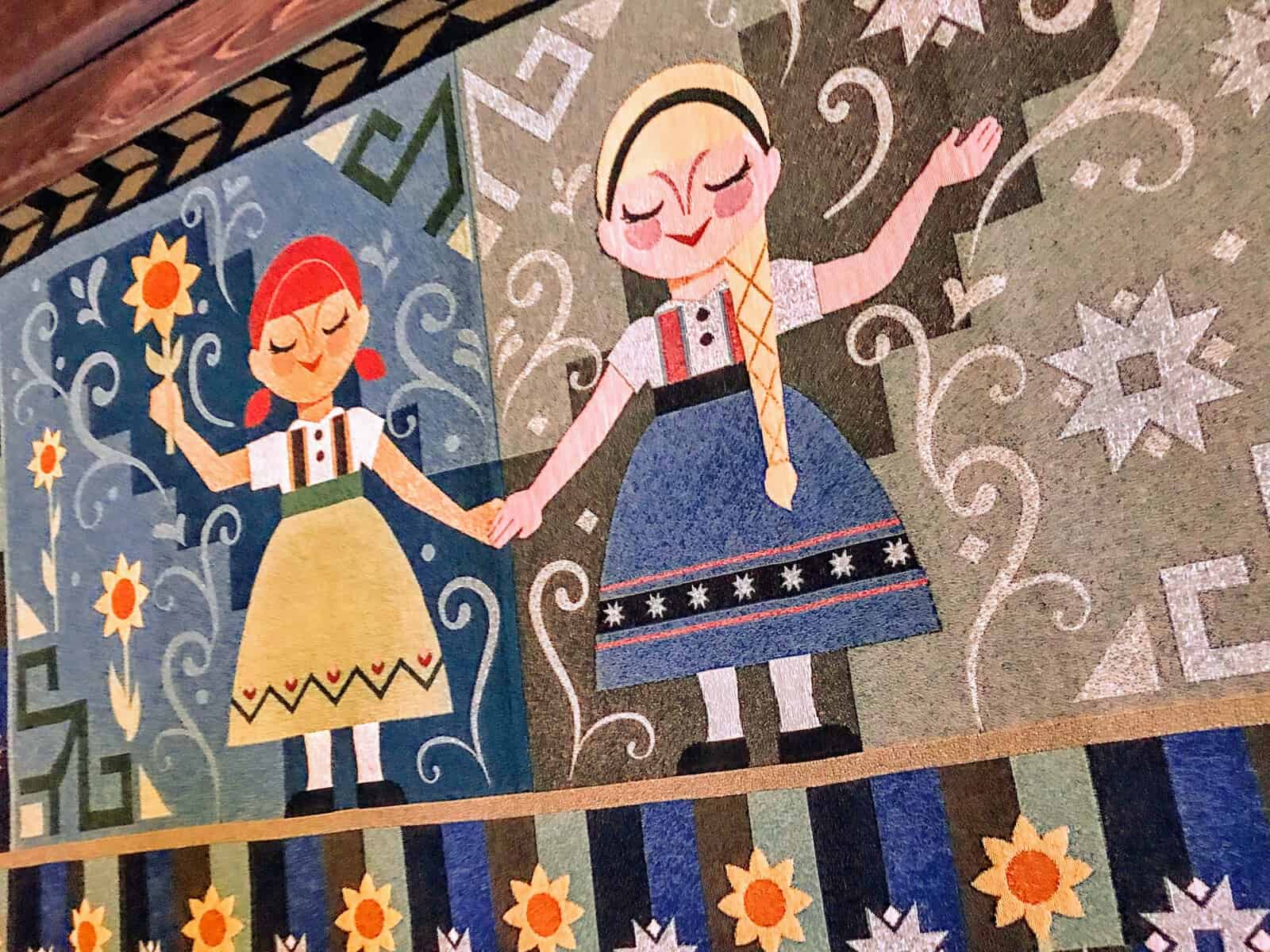 Fans of Frozen should be thrilled to know that there are several different places you can see (and even experience!) some of your favorite moments from the original blockbuster movie.

And now with the opening of Frozen 2, guests will find a few new ways to enjoy their favorite Frozen 2 moments, as well.

Ready for a cool time?

This extremely popular ride at Epcot is located in the Norway pavilion of the World Showcase and features some of the best animatronics at Disney World.

It’s a gentle boat ride with a slight drop and bit of backward movement.

Although the World Showcase as a whole doesn’t open until 11 a.m., the Norway pavilion (including this attraction) opens at 9 a.m. with the rest of the park.

Due to its popularity and frequency of closures, it’s ideal to have a FastPass+ for this to reduce wait times (if it breaks down, you can return at any time to use your FastPass+).

Without a FastPass+, you should plan to arrive at Epcot at least 45 minutes before the official park opening and head straight there when the park opens.

Royal Sommerhus, AKA the only place you can actually meet Anna and Elsa at Disney World (now with NEW costumes!)

The only place where you can actually meet Anna and Elsa at Disney World and take a pic with them is at Royal Sommerhus, also located in the Norway pavilion at Epcot.

And, now that Frozen 2 has been released, you can meet them in their new looks, inspired by their latest adventures!

This meet-and-greet does not have a FastPass+ option, but that shouldn’t be a big problem due to relatively low wait times.

At this meet-and-greet, you will enter the sisters’ summer home and go into a room where you will meet them each separately. You cannot meet them both at the same time.

Since the Frozen Ever After ride is nearby, it will usually make sense to do them together.

If you plan to ride Frozen Ever After at park opening, head to this meet-and-greet right afterward. Wait times will be low and it will be a nice continuation of the ride since the ride ends at the sisters’ summer house.

There’s still plenty of the original Frozen merchandise to be found, but if you’re looking for something from the new Frozen 2, the Norway Pavilion is a great spot to do just that.

From tasty treats inspired by the new movie (available at the popular Krigla Bakeri Og Kafe) to costumes and other Frozen 2 merchandise at The Fjording Shop, Norway is your best bet to find something unique inspired by the new adventures of Anna and Elsa.

There are a couple of spots you can see Anna and Elsa at Magic Kingdom.

Festival of Fantasy is so much fun to watch because the floats are so huge and colorful and it’s just pure FUN.

The train station at the front of Magic Kingdom is a recommended place to view the parade.

You used to be able to watch from the top of the station under the covered portion, but now that area is reserved for VIP guests (every time we find a good idea, Disney finds a way to charge for it!).

After the parade, you can easily exit the park from here or hop on the train to travel to another part of the park, avoiding the crowds that have gathered on Main Street.

Note: due to the construction of the new Tron coaster, the train is currently not running.

Stage shows are a great way to catch a glimpse of a bunch of characters, including (Anna, Elsa, and Olaf), however, they can also be a challenge since crowds can make it difficult to see.

Mickey’s Royal Friendship Faire takes place several times a day in front of Cinderella Castle and for the best view you’ll want to get there early and aim to get as close as possible or, if crowds are too heavy, you can try for a spot further back where you can still hear everything but you may not be able to see very clearly.

If you are a person that enjoys Disney shows then you might want to add this to your list of must dos, however, the downside to the daytime castle shows is that there is little to no shade and standing on the pavement during the summer months can be brutal.

So, if you plan on seeing this show plan accordingly for that.

There are some additional ways to see Anna and Elsa during the holidays at Magic Kingdom. One requires a ticket to Mickey’s Very Merry Christmas Party and one does not.

This stage show takes places twice each evening in front of the castle (on nights with a Christmas party, one takes place before the party and again during the party) and includes a bit of dialogue between the Frozen characters, including Olaf.

The finale of this stage show is the lighting of the castle which is beautiful.

Find a spot in The Hub area (the closer to the castle the better) about 30 minutes beforehand to make sure you get a spot to see the show.

Mickey’s Once Upon A Christmastime parade

During Mickey’s Very Merry Christmas party (and daily for the days between the last party and New Years), characters from Frozen can be seen in Mickey’s Once Upon a Christmastime Parade.

This extremely popular parade is shown twice during the parties, but we generally recommend you aim to attend the 2nd parade.

The second parade will always be more lightly attended. Find a spot near Casey’s Corner to view it so you can get the full effect of the snow falling on Main Street with a view of the castle and the parade.

Hollywood Studios is home to a couple of opportunities for guests of all ages to “Let it Go”.

For the First Time in Forever – A Frozen Sing-Along Celebration

This 25 minute sing-along takes place in the Hyperion Theater (former home of the American Idol Experience).

The show is basically clips from the movie with (hilarious!) historians as the hosts.

Anna, Elsa, and Kristoff appear on stage for a portion of it. This show is a lot of fun for people who are fans of the movie, and since the historians are hilarious, even non-Frozen fans can be kept entertained.

FastPass+ is a good idea to guarantee entry because most shows get full.

A FastPass+ allows you to enter before the standby line and sit closer, if you’d like (about 5-10 rows back from the stage in the center is a good spot to watch).

Note: From early November through the first few days of January, this already delightful show gets a special holiday-themed ending with a special guest appearance by Olaf!

Anna and Elsa may be over in Epcot, but the only place you can meet Olaf is at Hollywood Studios inside the Celebrity Spotlight area, which is located near Star Tours.

There’s a rarely much of a wait to see him, but stop by in the morning or at the end of the night for the lowest wait times.

So, is Frozen a big part of why you’re planning your trip? Do you still have questions about finding Anna and Elsa at Disney World?

Feel free to leave your thoughts in the comments.