Starbucks at Disney World – here’s everything you need to know 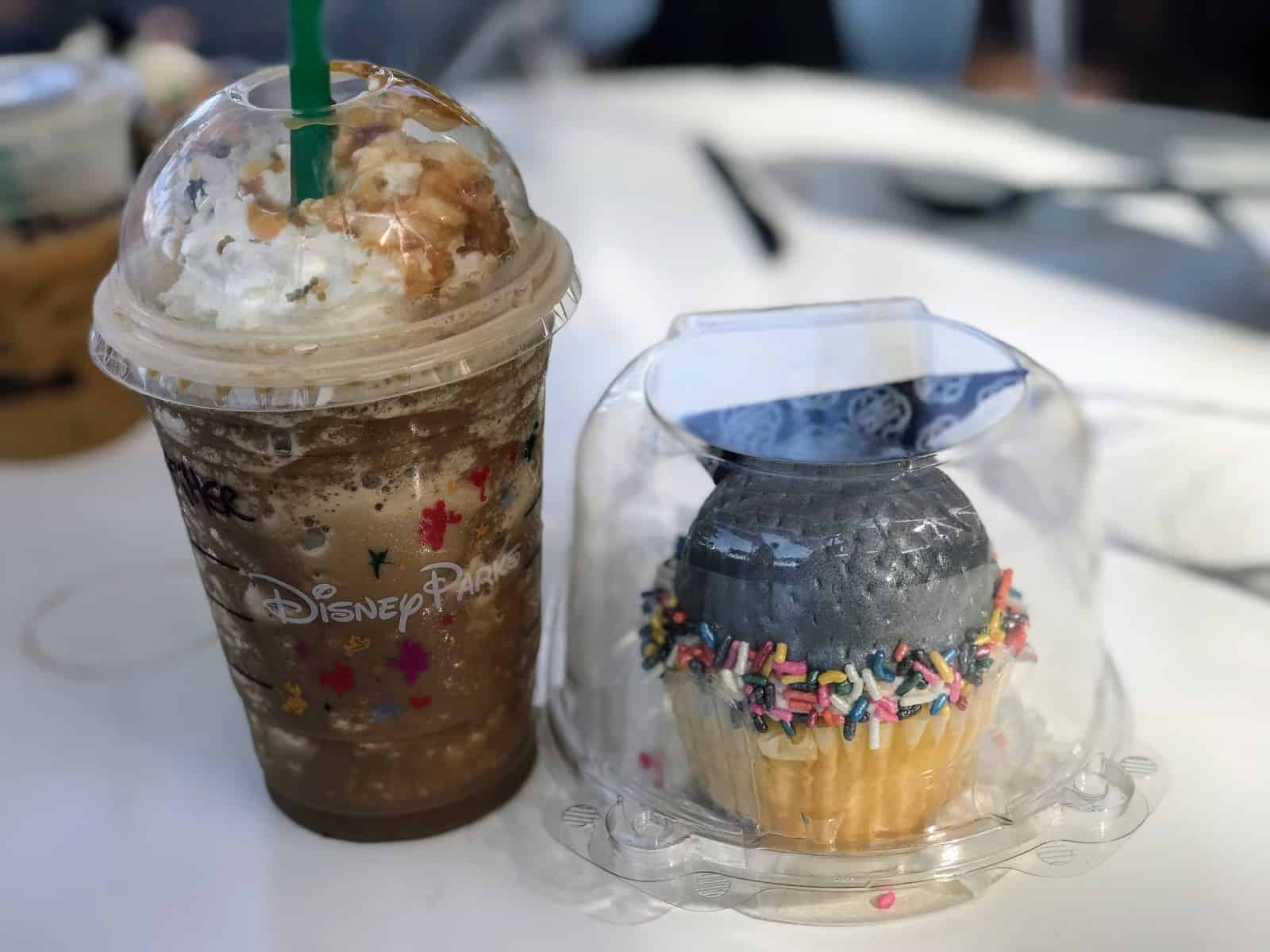 Hot or iced, served with a shot of espresso or a dash of cinnamon, for many people their days don’t officially start until they’ve had that first cup (or 2) of coffee.

If you’re visiting Disney World you may not realize that you can find your favorite Starbucks drinks at all four of the parks and at Disney Springs, too.

Check out the tips and maps below to learn all there is to know about Starbucks at Disney World.

Starbucks at Disney World is often not called Starbucks

In the parks, the Starbucks locations aren’t actually called Starbucks so you might walk on by without realizing it.

Here are the names and locations in each park.

Note: mobile ordering in the Starbucks app is not available in the parks.

Main Street Bakery, located on the right side after you enter and walk down Main Street. 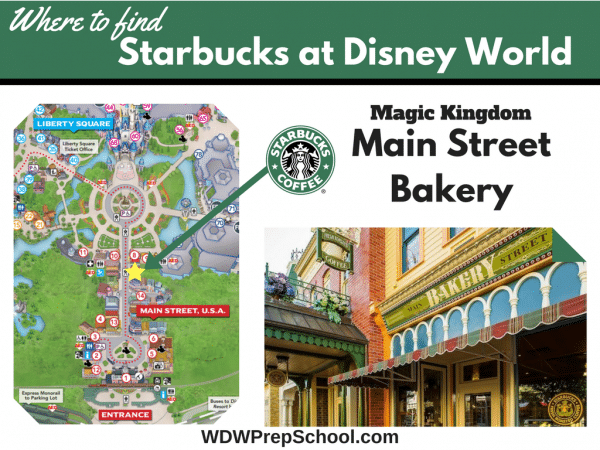 The former Starbucks location at Epcot was called Fountain View and you used to be able to find it near the now demolished Fountain of Nations that was just past Spaceship Earth.

The new (temporary) location (which opened up December 20, 2019) is called “Traveler’s Cafe”. You can find it near the Refreshment Port at the entrance of World Showcase. 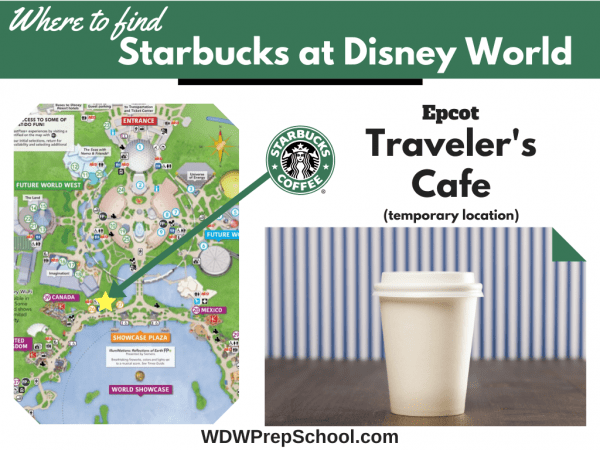 Trolley Car Cafe, located on the right side at the corner of Hollywood and Sunset. 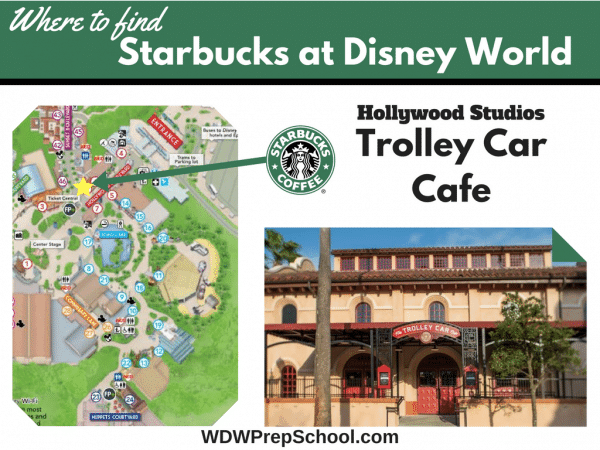 Creature Comforts, located on the left just before the bridge to the Africa section. 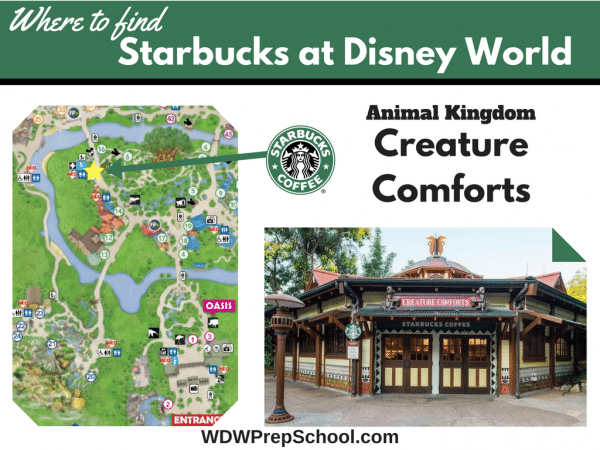 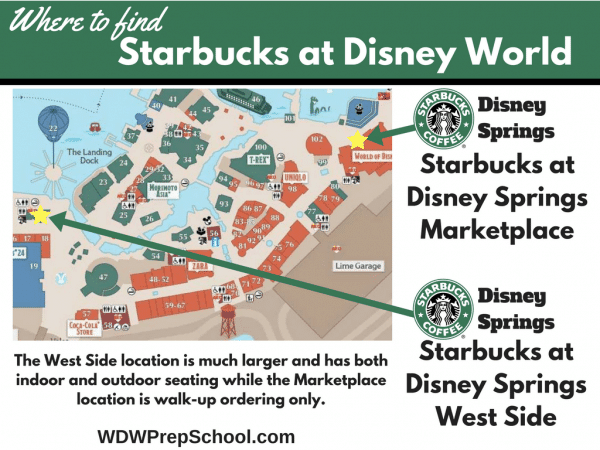 Fun facts about each of these locations: 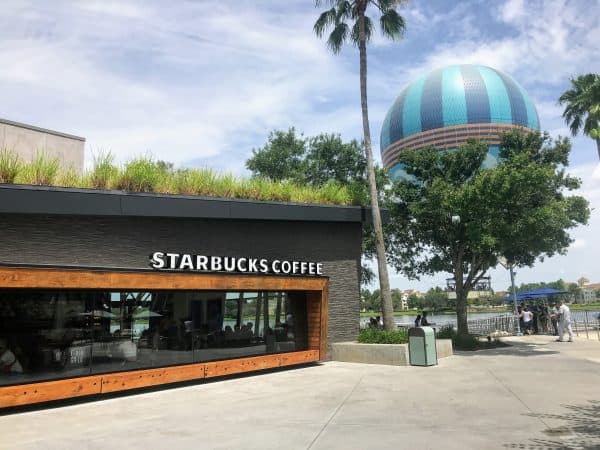 Order Starbucks at Disney World before the park opens

You can order Starbucks at Magic Kingdom and Hollywood Studios before the park is officially open because the area that they allow guests to enter while they wait includes the Starbucks locations.

Lines can be long, but they do move relatively quickly.

Disney gift cards are accepted at the Starbucks locations at Disney World.

Menu is a combo of Disney and Starbucks items 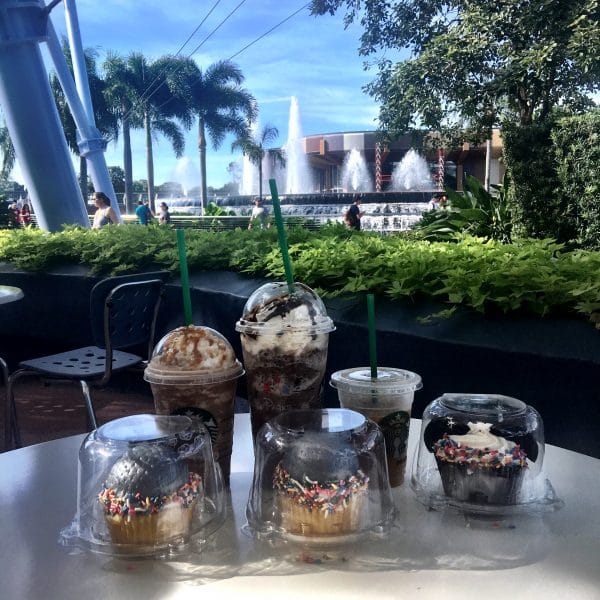 At these locations, you can purchase the popular “You Are Here” mugs that feature each park (as seen in the pic), and recently new ceramic mugs have started to pop up in the Disney World locations.

These mugs are exclusively available at Disney World.

Annual Passholder and Disney Vacation Club discounts are available on merchandise, including the mugs. 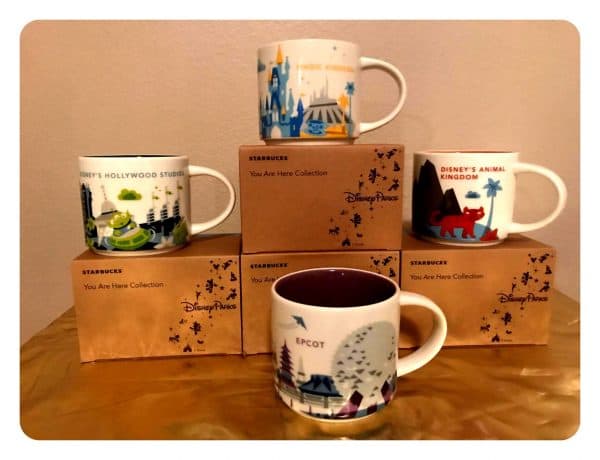 Check out this video on Starbucks at Disney World.

So what do you think? Have any questions we didn’t answer? Let us know in the comments.