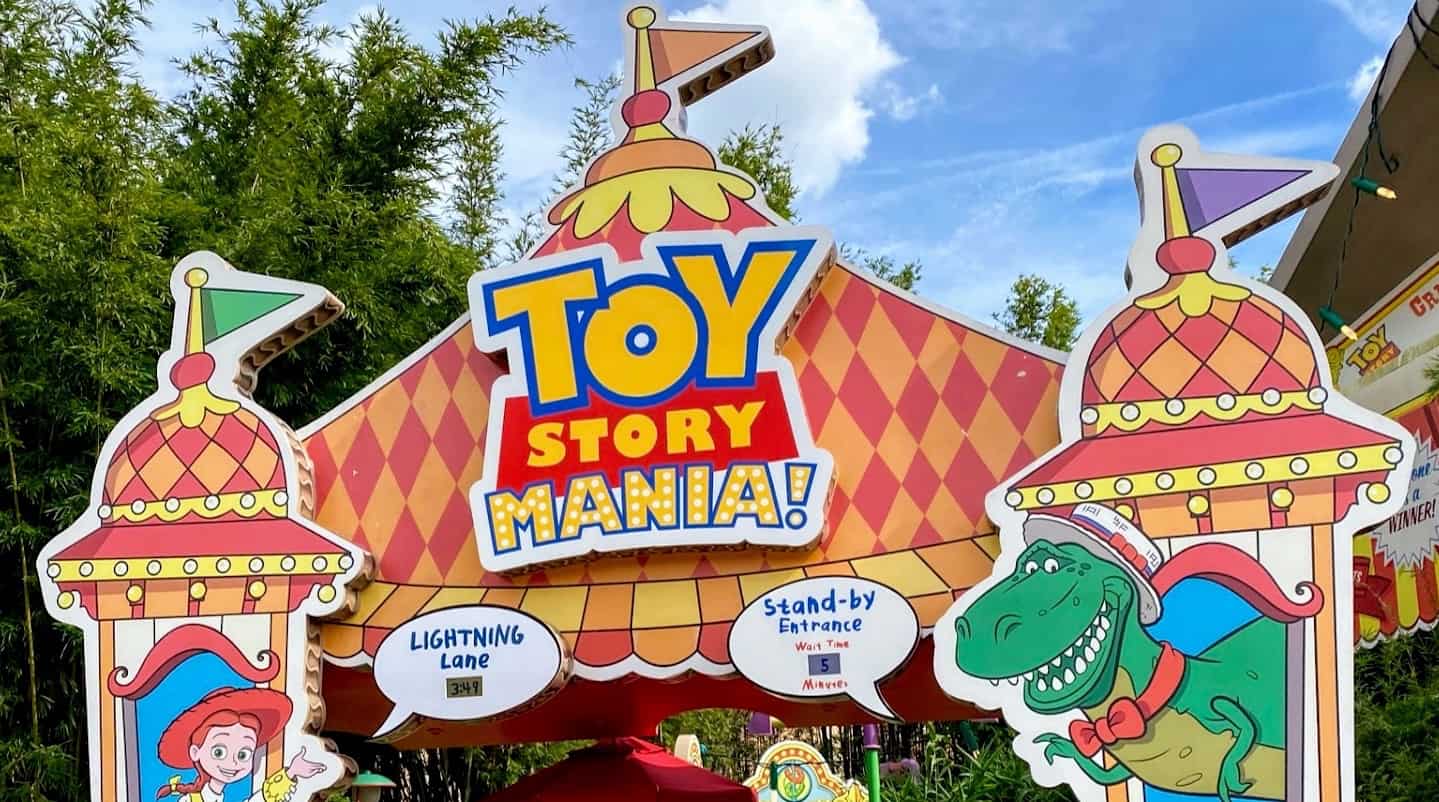 Now when you visit Walt Disney World, you have the choice to use the brand new Disney Genie, Disney Genie+, and/or Individual Lightning Lane attraction selections.

Yes, we know all of that is a lot to digest — not to mention a mouthful!

What are they? Do they cost anything? How do they work? The questions go on and on and on. Even for us! You are not alone in feeling overwhelmed and confused.

If you’re unfamiliar with one, two, or all three, we’re here to try explain in the simplest of terms what each are and how they differ from one another.

Let’s discuss what Disney Genie, Genie+, and Individual Lightning Lane selections are, along with their differences.

What are Genie, Genie+ and Individual Lightning Lane selections?

What Is Disney Genie?

Disney Genie is the new digital planning tool built in the My Disney Experience app that gives you a personalized itinerary and recommendations to help you map out an entire park day, including attractions, dining, entertainment, and more.

It is also here where you can purchase Individual Lightning Lane selections as well as make Genie+ selections (if you have purchased that).

Check out our guide on How to Use Disney Genie

What Is Disney Genie+?

This new system is similar to the now-retired MaxPass at Disneyland and is built directly into the My Disney Experience app.

After you pay for Genie+, you’ll be able to choose the next available arrival time for a variety of attractions and other experiences at all Walt Disney World theme parks.

When your return time is called, you’ll enter the attraction via the “Lightning Lane” (the new name for FastPass lines) and be able to skip the Standby Line for select attractions.

Check out our guide on How to Use Genie+

What Are Individual Lightning Lane Selections?

Once your return time is called, you can board the attraction using the Lightning Lane.

The individual Lightning Lane attractions selections are not included with Genie+. They are sold separately and are pay-per-use.

How do Genie, Genie+ and Individual Lightning Lane selections differ?

They Don’t Cost The Same

Only two of these new offerings cost an additional price, while the third is complimentary for all guests to use.

Individual Lightning Lane selections are purchased outside of Genie+. These are two different systems.

Pricing for pay-per-ride attractions depends on the attraction. Disney has also stated that pricing will vary by date, attraction, and park.

How Do Genie+ and Pay-Per-Ride Attractions Compare In Price?

Well, there’s always the possibility you’ll pay the same amount to ride multiple Genie+ selections as you would to ride an individual Lightning Lane selection.

For example, Rise of the Resistance, an Individual Lightning Lane selection, was priced at $15 (excluding tax) on Oct. 22, 2021.

For the same amount, you can opt to purchase Genie+. This would also give you access to 12 Genie+ attractions at Hollywood Studios, minus Rise of the Resistance and Mickey & Minnie’s Runaway Railway, which are pay-per-ride Lightning Lane selections.

You’re allowed to also purchase both Lightning Lane options, meaning you’d pay over a total of $30 to ride Rise of the Resistance and whatever other Genie+ selections you could during your visit.

Of course, you can also just wait in the Standby lines that remain available at each attraction. Depending on the ride, there might even be a virtual queue. At this time, Remy’s Ratatouille Adventure at Epcot is the only Disney World attraction with a virtual queue.

Each Service Offers Something Different

There are three big differences when it comes to what each service offers guests.

Genie’s main purpose is to act as a digital planning tool and provide guests a personalized itinerary and recommendations to help maximize their park day.

Genie gives guests the chance to have the their day planned for them through recommended attractions, experiences, and dining options.

If you don’t want to think about creating your own schedule prior to visiting the parks, Genie might be the tool for you. You may even be able to ride an attraction that’s on your list with a decent wait time thanks to the Genie.

But, keep in mind, sometimes the recommendations don’t make sense and might not align with the preferences you selected.

We still think you should have a game plan before your day begins, especially if you want to ride as many attractions as possible.

For the price of $15.98 per ticket per day, Genie+’s overall purpose is to help guests bypass the Standby Line using the Lightning Lane.

Most attractions can be used with Genie+ across each Walt Disney World theme park.

While it does cost an additional price, Genie+ can save time and get you on more attractions compared to waiting in the Standby queue.

The purpose of Individual Lightning Lane selections is to help you bypass the Standby Line just like Genie+, but only for two desginated attractions at each park.

These particular attractions are considered “high demand,” like Rise of the Resistance at Hollywood Studios and Seven Dwarfs Mine Train at Magic Kingdom.

The pay-per-ride option allows you to purchase a time to ride select popular attractions at Magic Kingdom, Epcot, Hollywood, and Animal Kingdom.

For a price (which varies depending on attraction, park, and date), you can select a time to ride one of these attractions.

Once your return time is called, you board the attraction using the Lightning Lane.

You definitely need to know when you can start using each. Selection and purchase times vary depending on the service and whether you’re staying onsite or offsite.

As soon as you have valid theme park admission and a theme park reservation, you can start mapping out your day using Disney Genie.

You can purchase Genie+ on the day of your park visit starting at 12 a.m. EST. Basically, once the day changes, you can begin purchasing Genie+.

Both onsite and offsite guests with Genie+ can make their first ride selection starting at 7 a.m. EST, with the ability to make another reservation immediately after scanning into an attraction.

You have to redeem a Genie+ selection before you can book another one — or you’ll have to wait 120 minutes from time of booking, whichever comes first.

Here you can read more on how and when to book additional Genie+ selections.

Guests staying offsite can’t start making selections until park opening — but, they don’t have to be inside the park to do so.

There Are Different Refund & Cancellation Policies

You should definitely note the following, especially if you want to know about canceling certain Genie+ and pay-per-ride selections.

Since Disney Genie is free, there aren’t refund or cancellation policies.

You can cancel Genie+ selections, but only before the return time window ends.

You can also rebook with a new attraction or rebook the same attraction with the next available time.

Important: You can’t rebook or modify in the same window that you cancel. You’ll have to go through the whole rebooking process again.

As for refunds, Disney’s terms and conditions state that the service is “non-refundable, non-transferable, and revocable, and may not be redeemed for cash in whole or in part.”

But, if a ride breaks down during your return time, you will receive a “Multiple Experience” just like when FastPass+ was a thing.

Not every experience will be available, but you’ll choose another attraction to ride.

Once the Multiple Experience converts to a Genie+ Lightning Lane selection, it counts as used and you can then book another Genie+ selection.

Individual Lightning Lane selection purchases are final. You cannot cancel, modify, or rebook. However, refunds may be available, depending on the circumstance.

First, if a ride breaks down, your return time will be extended through the end of the day.

If a ride breaks down but never reopens the rest of the day after a closure, guests will automatically receive a refund for individual Lightning Lane selections (as told by an unnamed Disney World spokesman who went on record in an Oct. 20, 2021 Orlando Sentinel piece).

If for some reason a ride reopens after breaking down, but you cannot ride due to individual circumstances, you are responsible for contacting Guest Relations for a refund.

For more on Disney Genie, Genie+, and Individual Lightning Lane Selections, be sure to check out our Genie+ FAQ guide.

The Attractions Available Aren’t The Same

There are certain attractions available for each Genie+ and pay-per-ride selections. Plus, depending on which one you’re using, you may have a limit on the number you can book per day.

These are the Genie+ Lightning Lane attractions available across Disney World:

Important: You are only able to use Lightning Lane once per attraction per day for Genie+. If you want to make a Genie+ selection for Tower of Terror, you can only use Genie+ once to ride Tower of Terror on that park day.

There is a maximum of two purchases per guest, per day. The two selections must be for two different individual Lightning Lane attractions. They can be made for the same park or different parks, depending if you have park hopper eligibility.

Be sure to read all of our guides on Disney Genie, Genie+, and individual Lightning Lane attraction selections.

Disney Genie, Genie+, and individual Lightning Lane attraction selections will launch later this fall for Disneyland Resort. We will have more information on all of that as well, so stay tuned!