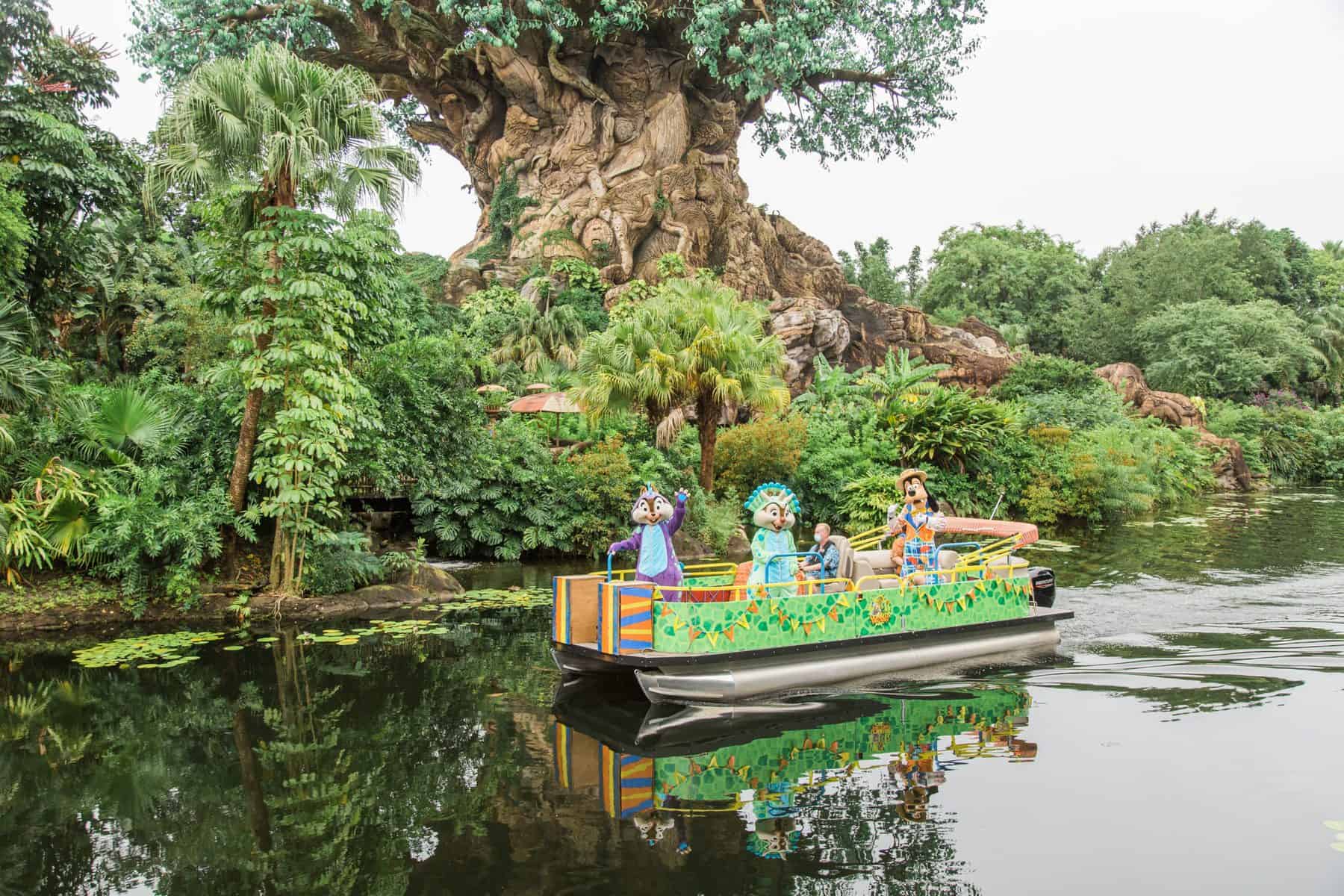 Long ago Animal Kingdom used to have a parade but its narrow walkways and lush landscaping made it challenging (to say the least).

But now as the parks have reopened, Disney has found a new way to introduce characters back into the park safely: cavalcades.

Except, in the case of Animal Kingdom, those cavalcades are actually Character Cruises and they are a ton of fun to see.

Here’s what you need to know:

Looking for info on the other parks?

Check out our other posts for character information across Walt Disney World:

Since the news was announced that Disney would be bringing cavalcades to all the parks, we’ve been very excited to see what that would mean for Animal Kingdom.

Unlike the other 3 parks, at Animal Kingdom there really isn’t any great space for a parade – no matter how small. At least not on the land, that is.

While Animal Kingdom may be lacking wide pathways fit for a cavalcade, they do have a river: Discovery River, to be exact.

And that means that in Animal Kingdom the characters have taken to the water in fun Character Cruises.

The character cruises are unscheduled, but since they occur throughout the day you’ll have several chances to catch 1 (or more).

Start and end times may vary, so be sure you check the My Disney Experience App for the most up-to-date information. 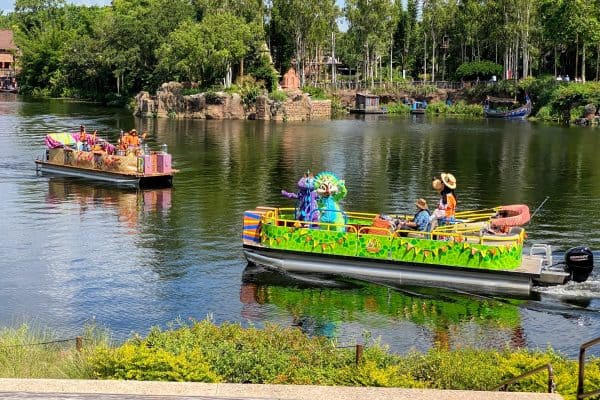 Characters: Goofy and other friends from Donald’s Dino Bash (most frequently Chip and Dale)
Where: Discovery River 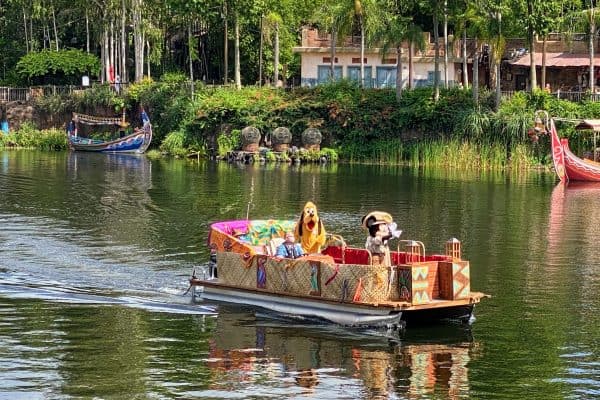 Characters: Discovery Island Drummers take their music to the water
Where: Discovery River 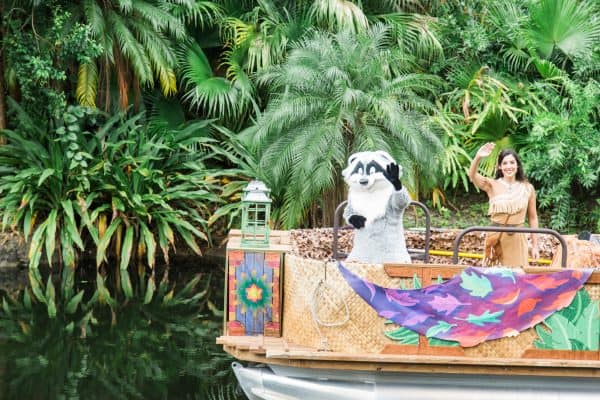 Anywhere you can see Discovery River is a great spot, but here’s a few of our favorite places: 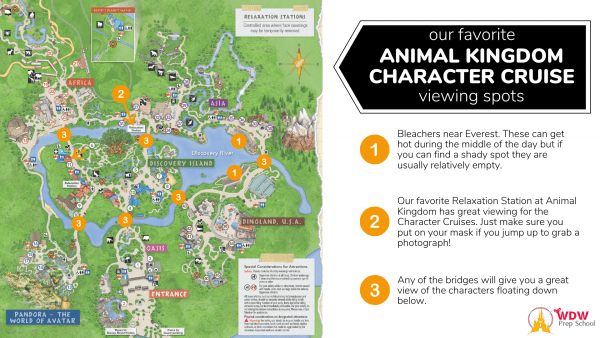 If you are checking out Animal Kingdom during the holiday season, be on the lookout for some festive decorations and outfits added to the character cruises.

In addition, Donald’s Dino Boat Bash has a new friend joining Daisy and Donald. Instead of Launchpad McQuack, you can find Scrooge McDuck joining them in the holiday fun.

You can find Santa cruising around the Discovery River in his sleigh themed boat through December 24th. 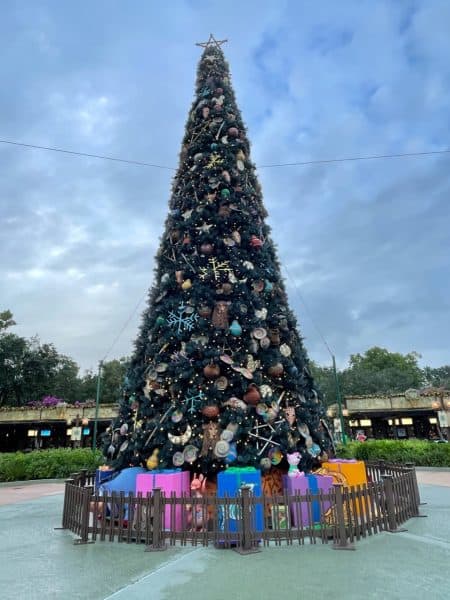