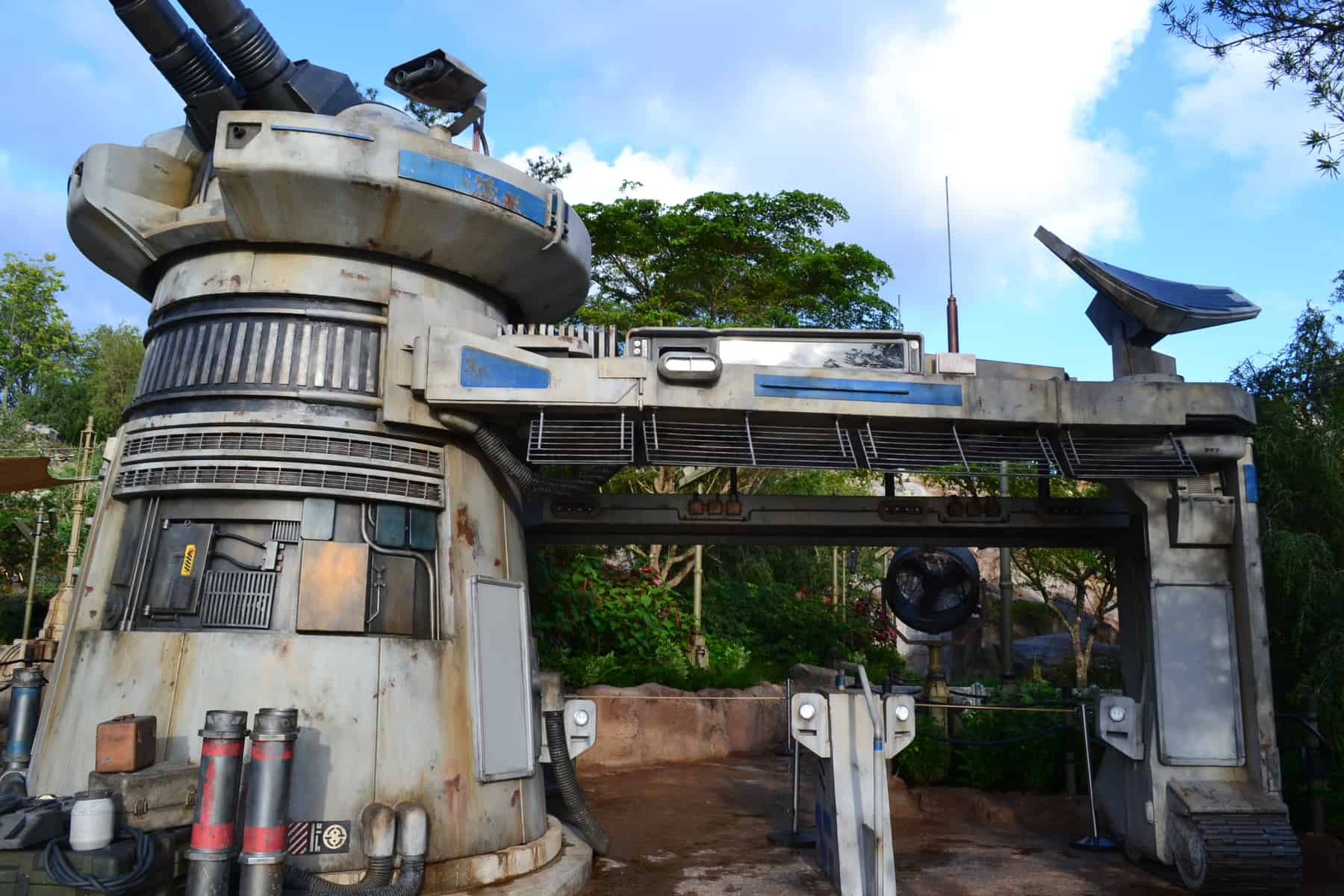 This boarding group system is unlike anything else you’ll find at Disney World, and you’ll need to understand how it works if you want to ride.

Here’s what you need to know about the virtual queue and boarding groups for Rise of the Resistance.

UPDATE: Virtual Queue for Rise of the Resistance has been paused

Disney has paused the use of the virtual queue for Rise of the Resistance.

They have noted that the virtual queue may be used at a later date, however, at this time, your only option for riding Rise of the Resistance will be Standby OR by purchasing an individual Lightning Lane pass.

The virtual queue system is being used for Remy’s Ratatouille Adventure.

This whole virtual queue system is kind of like putting your name on a waitlist at a restaurant – first come, first served.

For Rise of the Resistance, Disney puts people into what they call “boarding groups,” and then they call those groups as the space in the queue allows.

You can’t choose your boarding group number; it is assigned when you join the virtual queue, and you don’t know an exact return time because all that depends on how fast the groups in front of you move and whether or not the attraction itself goes down.

Before your trip: everybody must have a Park Pass for Hollywood Studios in order to attempt to get a boarding group.

Then you can proceed through these steps on your park day:

1. Know the times. For the 7 a.m. drop, you will be able to request to join from anywhere (as long as you have a valid Park Pass reservation), but for the 1 p.m. plan to arrive at the park in time to be inside of the gates before 1 p.m.

2. Confirm your party (up to 1 hour before you can join the virtual queue). You don’t have to do this right at 1 hour before you can join the queue, but give yourself a few minutes before the queue opens to confirm your party. To do that, open up the My Disney Experience App, select Virtual Queues, select Rise of the Resistance and then select “Confirm Your Party”. Make sure the correct people are selected (it should default to people in your group that have Hollywood Studios Park Pass Reservations). A common snag is the app automatically selecting people without tickets (ie kids under 3). Make sure that your party only consists of people with Hollywood Studios Park Pass Reservations and park tickets.

3. We recommend having the My Disney Experience app open and ready to go a few minutes before the official time. Boarding groups go fast (within seconds), so you don’t want to waste time clicking around and waiting for the app to open. Use a smart device to countdown the seconds (like a smart watch, a second phone, etc.). Don’t have a second smart device? Use the clock icon on your phone which has a second hand.

4. Boarding groups will not be available until the official queue drop times. Immediately as the clock turns to either 7 a.m. or 1 p.m., follow the instructions to be assigned a boarding group, which then puts you into the virtual queue. The people you’re connected to in My Disney Experience with Park Passes to Hollywood Studios will automatically be selected when trying to get a boarding group.

If some members don’t want a boarding group, don’t take time deselecting their names as that will likely cost you the chance to get boarding groups. Get them for everybody and then change it later.

5. The app should provide you with a push notification to let you know when it is your turn to ride. Your boarding group info should give you an estimate for how long it’ll take to be called (the time estimate is how many minutes from the current time they expect to call you). When you’re called, you’ll have 1 hour to make your way to Rise of the Resistance. You can always check to see exactly what groups are boarding both in the app as well as on display boards found throughout the park.

6. When it is time to ride, head to Galaxy’s Edge and go directly to Rise of the Resistance. Your tickets or MagicBands will be scanned before you enter the line.

Guests Park Hopping to Hollywood Studios from another park will not be allowed to join the 1 p.m. boarding group.

The only people allowed to try for the 1 p.m. boarding group are guests who have booked their original Park Pass reservation for Hollywood Studios who were unable to secure a boarding group at the 7 a.m. drop.

Coming Soon! Ride Rise of the Resistance with an individual Lightning Lane Selection

Miss out on snagging a boarding group?

Coming this fall, you’ll soon be able to buy your way into line.

We don’t have all the details (yet), but Disney has confirmed that attractions that use virtual queues (like Rise of the Resistance and Remy’s Ratatouille Adventure) will both be a part of the new pay-to-use system.

With this new system, guests will be able to pre-select up to 2 attractions to visit via the Lightning Lane (which is just the new name for the FastPass line).

Want to see how fast boarding groups are disappearing?

If you are trying to see just how fast boarding groups are filled, you can do that from anywhere (you don’t have to be in the parks!). This is especially useful in the final days before you plan to go to Hollywood Studios.

Open the My Disney Experience App, scroll down on the main screen until you see the virtual queue section, and click “join” where it will show you which groups are currently boarding.

These groups become available after all regular boarding groups have been filled.

However, guests with one of these provisional boarding groups will only be allowed onto the attraction if the capacity allows (once all regular boarding groups have completed their ride).

And, depending on capacity, they may even not be offered.

You do not have to be in the park for the first round of boarding groups.

One of the most common questions we’ve received is, “does my entire family have to show up to get into a boarding group?”

And, for the first round of groups, that answer is “no.”

This is a change in how things have been done in the past (where previously everybody that wished to ride had to be in the park). Now, the first round of boarding groups will open up at 7 a.m., and guests with a valid Park Pass reservation will be able to request to join from anywhere.

The second boarding group opportunity (which is at 1 p.m.) is different, however.

In order to request to join a 1 p.m. boarding group you must have scanned your ticket or MagicBand to enter the park.

You can leave and come back

With the new Disney Park Pass System, guests can still leave a theme park and return.

But, keep in mind that the modified virtual queue for Rise of the Resistance only gives you a one-hour return window. This means you have up to one hour from the time of the alert to go to the entrance of the attraction, so keep that in mind.

You can follow along with where Disney is on boarding groups inside the My Disney Experience App, and as long as you have turned on notifications, you’ll get a pop up when it is your turn.

Rider Switch and DAS are available

Both Rider Switch and Disability Access Service (DAS) are available, but you must have already secured a boarding group to use them.

After you have a boarding group, you can see a Cast Member at the attraction for assistance.

Do you use the app or a browser to get a boarding group?

Disney makes it confusing because some functionality is available only via a browser and some through the My Disney Experience app. Boarding groups are in the app.

As you watch the second hand click closer to the time, you’ll want to open the app just before the time so that you can click “join” right at 7 a.m. or 1 p.m.

What about having a child under 3 who doesn’t have a ticket or a park pass?

When getting a boarding group, the people with Park Passes will automatically be selected to join, but that won’t include anybody under 3 since they don’t have tickets or a Park Pass. They will, however, be able to ride if they happen to be 40″ or taller.

Tips for snagging a Boarding Group