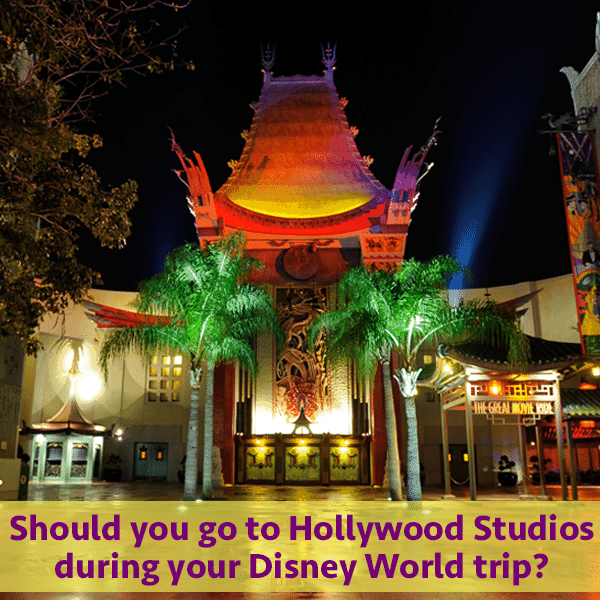 How do you solve a problem like Hollywood Studios? While the changes taking place there will be exciting in a few years, it’s hard to know what to do in the meantime.

I have advice on how you might want to handle it. I also have news, a featured company that will help you save money on Deluxe Resorts, and a quick tip on which Deluxe Resorts you might pick.

Today’s featured company is DVC Request, a site that allows you to rent points to stay in Disney World villas. To read about how that works, check out my DVC point rental info.

If you want to stay in a Deluxe Resort that is completely enclosed (lobby, restaurants, rooms, etc.), there are 3 great resorts for that – Animal Kingdom Lodge, Wilderness Lodge, and The Beach Club.

Hello! I'm a new podcast listener and fan. Is there any ideas when some of these attractions are reopening, if ever? We are going to Disney in May 2016 and we already purchased our non-park hopper passes. Originally we weren't going to do HS and do AK since I heard most people can get through AK in a half day. Wondering if it's worth making reservations for dinner and planning a day in HS or if we should stick to our original plan of doing AK. My boys are going to be 2 & 5 when we do Disney.

We'll be there the week after President's Weekend in February and I had originally planned on doing HS at rope drop without FP and heading to Epcot for the afternoon/evening with FP. We have a 2 year old and are DVC members with frequent trips so we don't care too much about not doing the thrill rides at HS this time around. Would you still recommend switching up our plans and doing rope drop at Epcot with FP at HS later in the day? Thanks!

So if we are coming the last week of January do you think that it will still be a good idea then to only do half day? I am trying to decide if a park hopper is worth it, we were originally going to just do one park a day.

Hi Shannon! Do you think fast passes are necessary for the frozen singalong? We are going in November (first and husband says only time). Right now I have one for toy story mania, star tours and frozen but wasn't sure if I really needed one for frozen and if I should swap it for tower of terror.

Does it look like crowd levels will rise in Nov and Dec due to the announcement of the last year of Osborne Lighrs? It already looks like resort rooms are selling out.