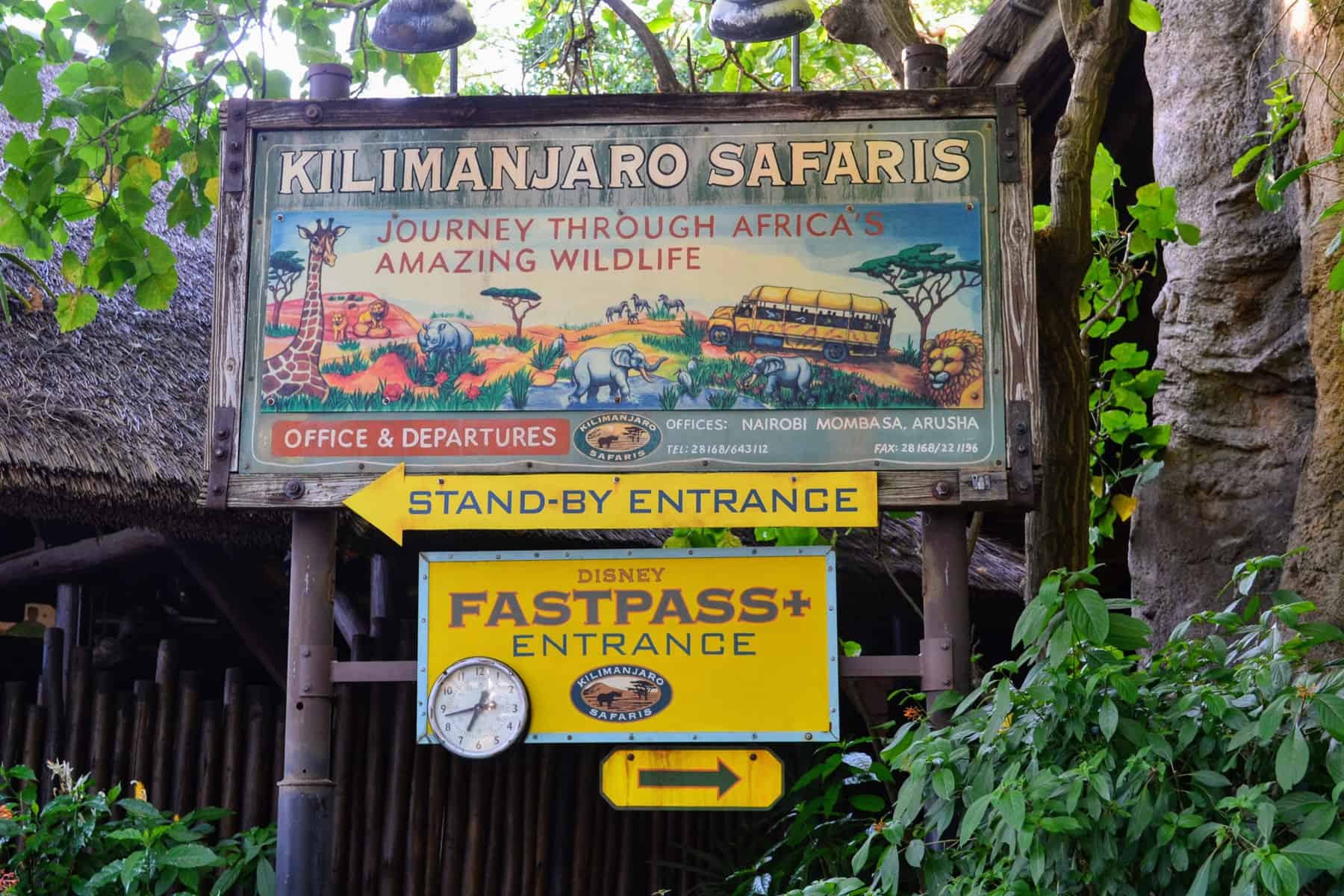 Kilimanjaro Safaris at Animal Kingdom is like you’re on a real-life safari, but at Walt Disney World.

Guests board a safari truck, as they learn about conservation, the importance of taking care of animals, and, of course, getting the chance to see amazing creatures, like elephants, hippos, and giraffes.

Everything You Need To Know About Kilimanjaro Safaris

You can find Kilimanjaro Safaris in the heart of Africa. Here’s the location on the map.

You cannot use Rider Switch for Kilimanjaro Safaris. There also isn’t a Single Rider Line available.

Kilimanjaro Safaris first opened in 1998, the same year as Animal Kingdom. Actually, both the attraction and the park opened on April 22, aka Earth Day.

Animal Kingdom is the largest of all WDW theme parks. It spreads out over 500 acres, which also gives the animals plenty of room to roam and live.

The attraction itself spans 110 acres with the Harambe Wildlife Reserve serving as home to 34 species. Your guide drives around as they gives facts about the animals you encounter along the way during the 22-minute journey.

When the ride initially opened, there was a poachers storyline and even a rickety bridge that threw some excitement into the mix. But, both of these elements were removed and now there’s more of a focus on the actual animals and the importance of conservation.

Former Imagineer Joe Rohde is responsible and to thank for not only breathing life into Kilimanjaro Safaris, but Animal Kingdom as a whole. Without him, this park wouldn’t be is what is today.

There’s no doubt Kilimanjaro Safaris is a fantastic experience and the closest thing many will ever get to experiencing an African safari.

The Kilimanjaro Safaris queue is outdoors, with part of it shaded. While there isn’t an interactive queue, the line is themed to the attraction. You can even hear the safari trucks driving by as you walk through.

Kilimanjaro Safaris is far from a thrill ride, but it can get rough at times with the trucks bouncing up and down along the paths and bridges. Sometimes you might even have to brace yourself, so you don’t slide in your seat.

If interested, we have a guide on motion sickness that’s filled with information and tips, so feel free to check that out.

Kilimanjaro Safaris ride vehicles can fit a total of 35 individuals. Each row can seat three to five guests, depending.

You aren’t buckled in, but there is a door on the right side of each row that closes for security and safety purposes when you’re on the ride.

Overall, Kilimanjaro Safaris is kid-friendly. After all, it doesn’t even have a height requirement. It should be fun for most kids to see the different animals. And, don’t worry, there aren’t any dark or scary moments.

That said, the ride can get rough at times thanks to the the paths, bridges, and the safari vehicle itself. This could be either fun or upsetting to little ones. But, for the most part the ride is kid-friendly.

Be sure to check out our full guide on several other things that might scare little ones at WDW.

Feel free to take a virtual ride on Kilimanjaro Safaris. Keep in mind that each time you ride is different, because you never know what animals you’ll see or how they’ll act. This makes the attraction super unique.