Disney previously announced that the Halloween cavalcades at Magic Kingdom will only run on select days and now we finally know the exact schedule thanks to BlogMickey.com.

Actually, some of the Halloween cavalcades and the original ones that first debuted when Walt Disney World first reopened will run seven days a week, with a few others seeing a reduced schedule.

Here is the current schedule as of Wednesday, Sept. 16:

It doesn’t appear that the Tinkerbell & the Lost Treasure or the Fantasyland Friends Cavalcade will run during the Halloween season. 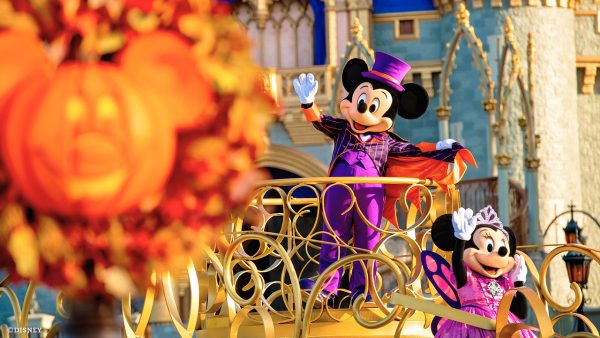 It’s unclear when this schedule officially begins, since the Disney Villains Cavalcade ran on both Tuesday, Sept. 15, and Wednesday, Sept. 16. A Goofy Cavalcade also didn’t run on those specific days. But, seeing as the Halloween season only just started, there’s a good chance Disney wanted to debut all of the themed-cavalcades in the beginning to show guests what they can expect.

Halloween officially kicked off at Magic Kingdom on Sept. 15 and will run through Oct. 31. In addition to the seasonal cavalcades and the return of Mickey pumpkin decorations along Main Street U.S.A., guests of all ages can wear costumes during regular park hours.

Even with the parks being modified and the addition of health and safety protocols, there’s still a lot of Halloween fun to be had at Magic Kingdom.

For more information on cavalcades, we have a complete guide on how and where to meet characters right now across the parks. If any of the cavalcades see any further changes, we will definitely update you.