About the Magic Kingdom opening procedure 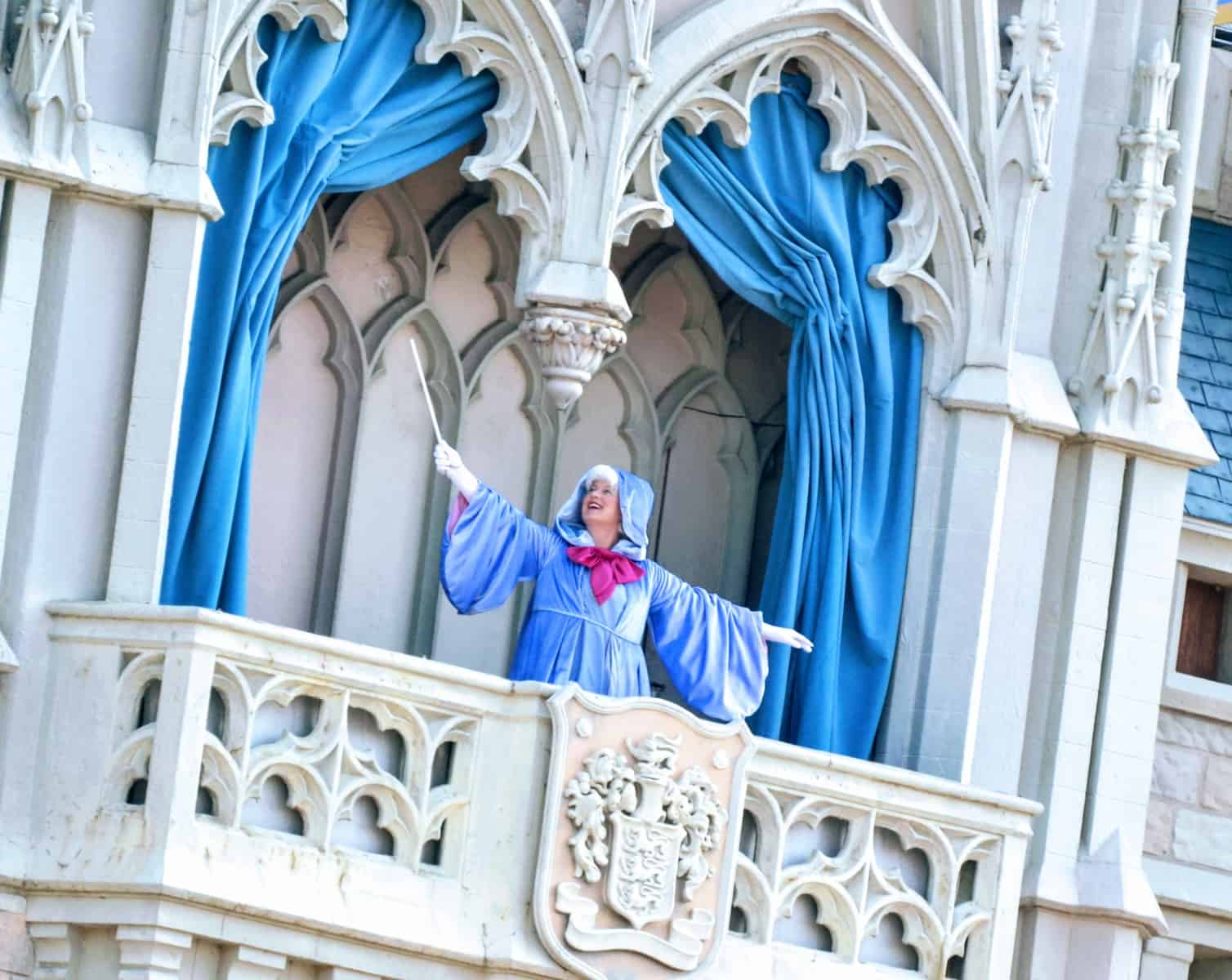 The start of 2017 brought about a bunch of announcements at Disney World, including a change to the Magic Kingdom opening procedure. Prior to the change, guests gathered eagerly in front of the WDW Railroad Train Station to await the arrival of the Mayor, the Family of the Day, the Main Street dancers and a train full of characters.

There were some flaws with this opening, however. The space available for guests to watch was small, and if you didn’t get there early there was a chance you wouldn’t even make it through the turnstiles before park opening.

The new procedure, while perhaps lacking some of the nostalgia of the previous show, addresses the space issue by opening up Main Street to all guests an hour before the official park opening. This gives guests tons of room to spread out, shop and even eat breakfast in the park before the official “rope drop.”

Here’s how it works…

What time can you enter the Magic Kingdom?

With the new Magic Kingdom opening procedure, guests are usually allowed in at 8 a.m. (sometimes even 10-15 minutes earlier) when the scheduled park opening time is 9 a.m.

What about Extra Magic Hours (EMHs)?

During Extra Magic Hours all guests are still allowed onto Main Street; however, there are Cast Members posted at the entrances to Tomorrowland and Fantasyland with handheld scanners to check tickets and MagicBands. Only onsite resort guests are allowed into those areas until the park officially opens to all guests.

What if I have a pre-park opening Advanced Dining Reservation or tour scheduled?

One of the biggest former perks of pre-park opening breakfasts was the opportunity to take photographs in a nearly empty park. However, the new opening procedure greatly eliminates that chance.

Guests with pre-park opening reservations between 8 and 8:45 a.m. have been allowed in to the Magic Kingdom a few minutes before everyone else, often as early as 7:40 a.m.

If you would like to dine in the park before it opens to increase your chances, these are your options: 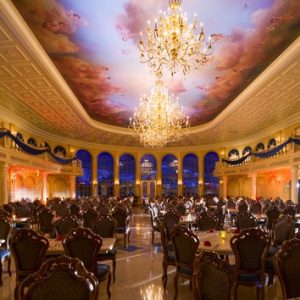 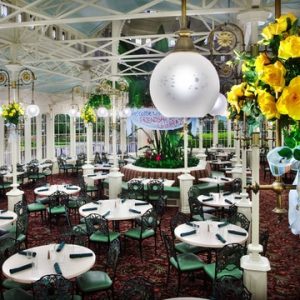 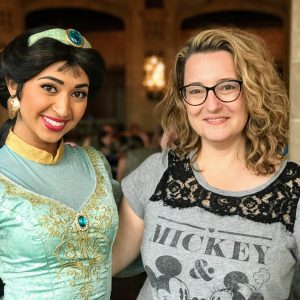 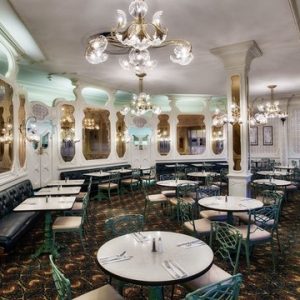 Where can you eat if you don’t have an Advanced Dining Reservation?

No reservation? No problem! You have a couple of Main Street dining options before Magic Kingdom opening, including the Main Street Bakery which serves up Starbucks coffee and light breakfast options.

Get more info on each of the Magic Kingdom Quick Service breakfast options.

Are the shops open before the Magic Kingdom opening?

Yes, the shops along Main Street are open while you wait for the park to fully open.

What about the Family of the Day?

Family of the Day was something that existed with the old Magic Kingdom opening procedure, but sadly doesn’t take place anymore.

Yep! Photographers are out on Main Street and in the Hub area in front of the castle. It’s a good time to snag some pictures before you start touring the park and visiting attractions.

What is the new opening show like and where should I stand for the best view?

The new Let the Magic Begin show includes lots of characters and takes place on the stage in front of the castle just before park opening.

Check out this video if you’d like to see before you get there.

Which way do I head after it is over?

There are a few different paths to exit The Hub after the show. The paths to Fantasyland are the most popular at park opening.

The path closest to Seven Dwarfs Mine Train (#4 on the map below) builds up first and will have the most people.

There are a few other ways to get to Fantasyland that won’t be as busy (1, 2, and 3 on the map) and those will be better options if you aren’t headed to Seven Dwarfs Mine Train. 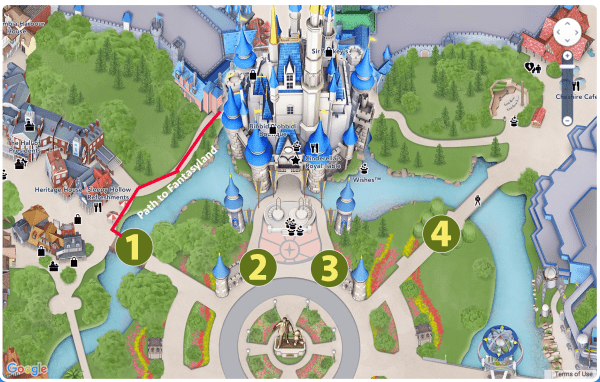 That should cover most of the questions we’ve been getting. Have anything else you’d like to ask? Feel free to post in the comments.