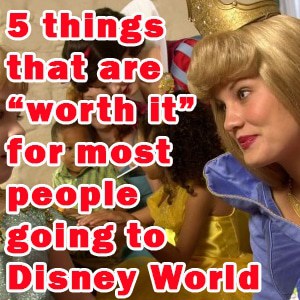 I get asked several times a week if various things are “worth it” at Disney World.

That’s a hard question to answer without knowing somebody’s personality or budget.

Today, I’ve assembled a list of 5 things that I think are worth doing for nearly everybody visiting Disney World.

I also have a quick tip about a secret entrance into 1 of the parks.

Things that are “worth it”

At Art of Animation, Preferred rooms aren’t an option but you can request rooms that are closer to the main building by looking at the map below. 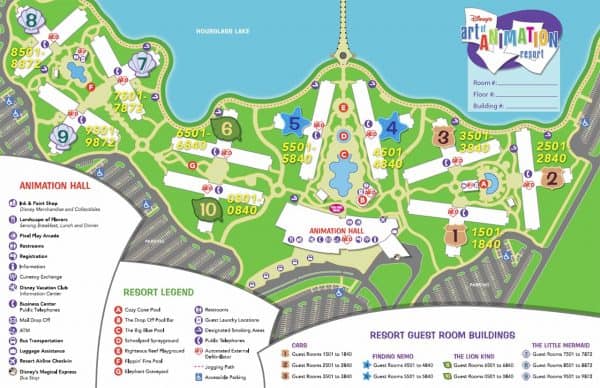 2. PhotoPass+ (now called Memory Maker)
The ability to get all of your PhotoPass pics, ride photos and printed photos at some character dining locations makes PhotoPass+ a great value. You can read more about PhotoPass+ to get details on how it works.

3. Character meals
Being able to multi-task eating a meal while meeting characters makes them a great option for most people. In particular, taking princess-loving children to have breakfast with the princesses at Cinderella’s Royal Table or Akershus is usually a big hit.

4. Disney Dining Plan
Having a pre-paid Disney Dining Plan makes a Disney World trip feel all-inclusive and can make it much more fun. For people wanting to maximize their credits and get the best bang-for-the-buck, I recommend reviewing the menus at various restaurants and seeing which ones have the more expensive meals.

For example, Wolfgang Puck Express at Downtown Disney has delicious pizzas that feed 2 people and only cost 1 Quick Service credit.

5. Taxis
For $10 or $12, you can save yourself a lot of time (especially after nighttime entertainment when lines are often the longest) and get where you’re going in just a few minutes.

You can use the taxi estimator to get a closer dollar amount for routes you might take.

This method doesn’t always save time but is worth a look if the main turnstiles seem particularly busy.