What is replacing La Nouba in Disney Springs? 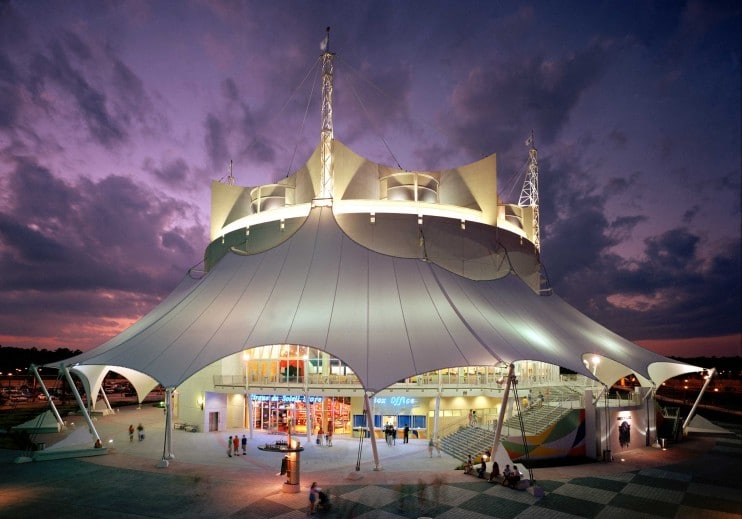 Way back when Disney Springs was called Downtown Disney, Cirque du Soleil built a custom theater there for what was at the time only their third resident show – La Nouba.

La Nouba wowed guests for 19 years but it had its final performance on December 31, 2017 leaving Disney Springs with a large hole in terms of available entertainment.

But, now that it is gone, what is going to replace La Nouba in Disney Springs?

Good news for all you Cirque du Soleil fans!

Soon(ish) you’ll have an entirely new Cirque du Soleil show to see – only this time, unlike its predecessor, it will be Disney-themed!

When Disney broke the news back in December of 2017  about the replacement they mentioned that the new show would “pay homage to Disney’s rich history of animation, with a vivid story told in a way that only Cirque du Soleil can deliver.”

Disney announced at D23 in August of 2019 that the show, which will be named “Drawn to Life”,  is a collaboration between Cirque du Soleil, Walt Disney Imagineering, and Walt Disney Animation Studios.

According to Disney, the show will “celebrate the art of animation through the magic of storytelling in a way that only Cirque du Soleil can deliver while paying homage to the craftsmanship that makes Disney animation special and unique.”

Below is the description of the show’s story:

“This new show follows the story of Julie, a courageous and determined girl who discovers an unexpected gift left by her late father: an unfinished animation piece. Guided by a surprising pencil, she embarks on an inspiring quest sprinkled with her Disney childhood memories. Through this journey, she learns to imagine new possibilities and animate the story of her future.”

Sounds great to us!

Don’t get us wrong, we loved La Nouba but it was created back before Cirque did “themed” shows like Michael Jackson ONE or The Beatles LOVE. The thought of seeing amazing Cirque du Soleil performances themed around Disney sounds magical.

The new show debuts on February 10, 2021. Tickets for the show are on sale now and can be purchased through the Disney World website.

Checkout the video below for a behind the scenes look at the new show.