WEB SLINGERS: A Spider-Man Adventure Will Use A Virtual Queue 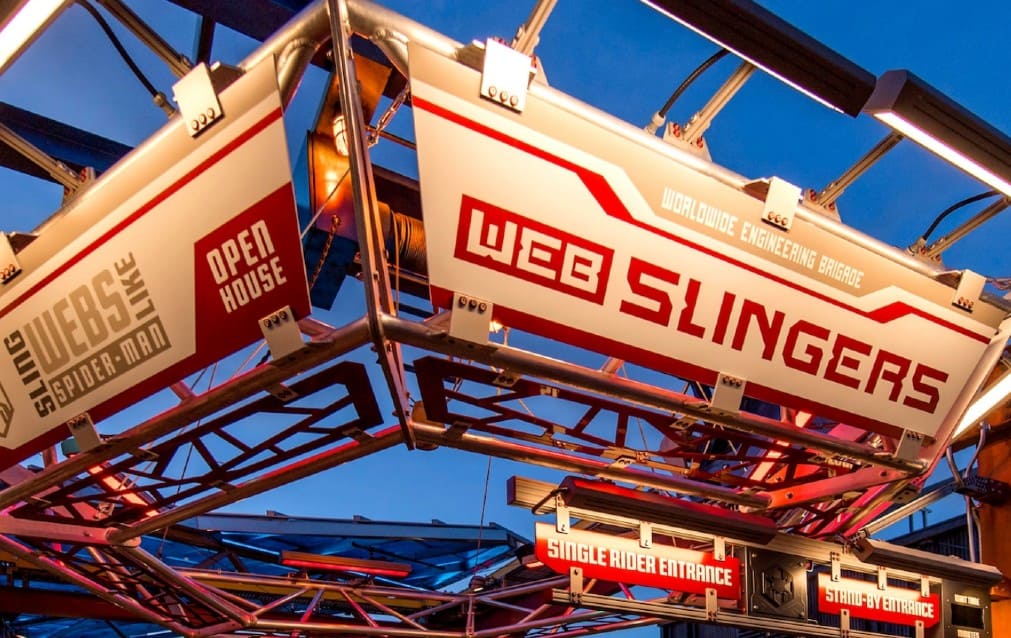 On May 24, the Disney Parks Blog announced that WEB SLINGERS: A Spider-Man Adventure will use a virtual queue when the brand new attraction opens alongside Avengers Campus on June 4, 2021.

The virtual queue system is just like Star Wars: Rise of the Resistance at Disneyland Park. This means there won’t be a standby line. You can only ride WEB SLINGERS by joining the virtual queue.

You’ll also want to make sure your park ticket is linked to your Disney account in order to grab a boarding group. Here’s how the virtual queue system works for WEB SLINGERS.

There are two distribution times for virtual queue enrollment:

If you start your day at Disney California Adventure, you can access the virtual queue system in the morning on the day of your park reservation. Like Disney World, you don’t have to be in the park or on property to try at 7 a.m.

If you weren’t able to join the first boarding group, you can try again at 12 p.m.

To access the second virtual queue later in the day, you must have a valid ticket and park reservation, and have entered Disney California Adventure, or Disneyland Park, with a Park Hopper ticket, by noon.

Remember, park hopping begins at 1 p.m. each day. So, if you start your day at Disneyland Park, you can then enter Disney California Adventure with your Park Hopper ticket after 1 p.m. for your boarding group.

You will receive a push notification via the Disneyland app when your boarding group is called to return. You have up to an hour from the time of the alert to go to the entrance of WEB SLINGERS.

Now, here’s an important detail to keep in mind, especially if you’re hoping to ride both WEB SLINGERS and Rise of the Resistance.

Per the official Disneyland website, “Guests may only enter a virtual queue once per day for each attraction, and may not hold a boarding group for Star Wars: Rise of the Resistance and WEB SLINGERS: A Spider-Man Adventure at the same time.”

As for Avengers Campus, Disney also released a first look at the map, which you can see here:

You can also check out the map via the Disneyland app or online. There’s even an official “Recruit’s Guide” with information about food, beverages, and merchandise that’s available in the land.

Currently, only California residents may visit the parks. You can keep tabs on the latest Disneyland reopening information courtesy of our handy guide.

If you’re interested in booking a visit to Disneyland, we recommend Small World Vacations for your planning needs.