Walt Disney World has officially extended hours for the week of Christmas. Originally, the hours listed for each park were surprisingly short for the holidays, but, as of publication, guests will now be able to enjoy the parks for much longer.

These are the latest extended hours for Dec. 20-30:

With the holidays officially kicking off on Nov. 6 and lasting through Dec. 30, it makes sense for hours to be extended at least over Christmas, just like they are for Thanksgiving. 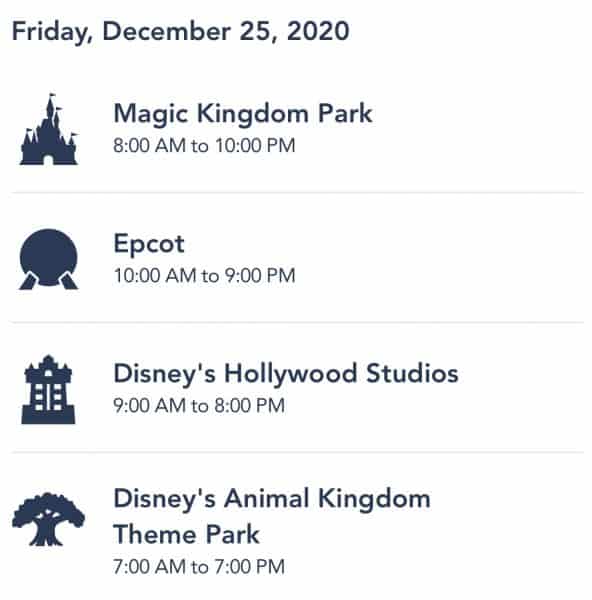 Speaking of hour updates, more January park hours have also been posted. Right now, the hours for Dec. 31 through Jan. 9, 2021 are as follows:

Seeing as hours were updated for Christmastime, there’s a good chance hours will eventually be extended for New Year’s Eve and possibly even New Year’s Day, but we’ll let you know if or when that happens. 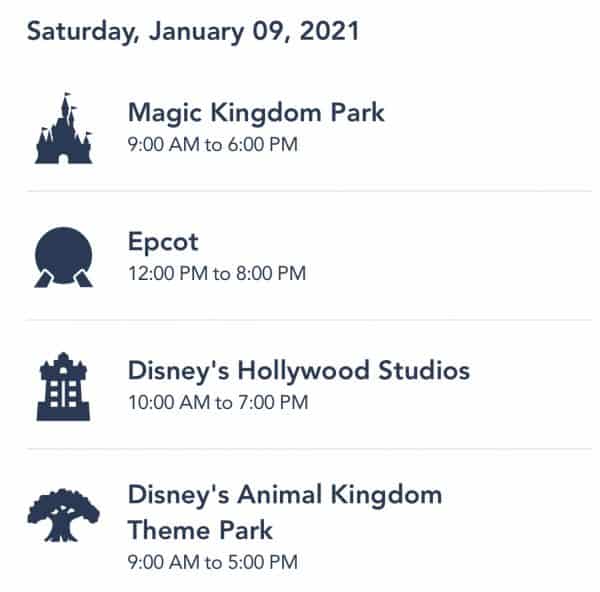 As we’ve seen over the past few weeks, parks hours are constantly changing. Make sure you check the calendar (either in My Disney Experience or on the official WDW website) prior to planning or heading to the parks. We will also keep you updated.