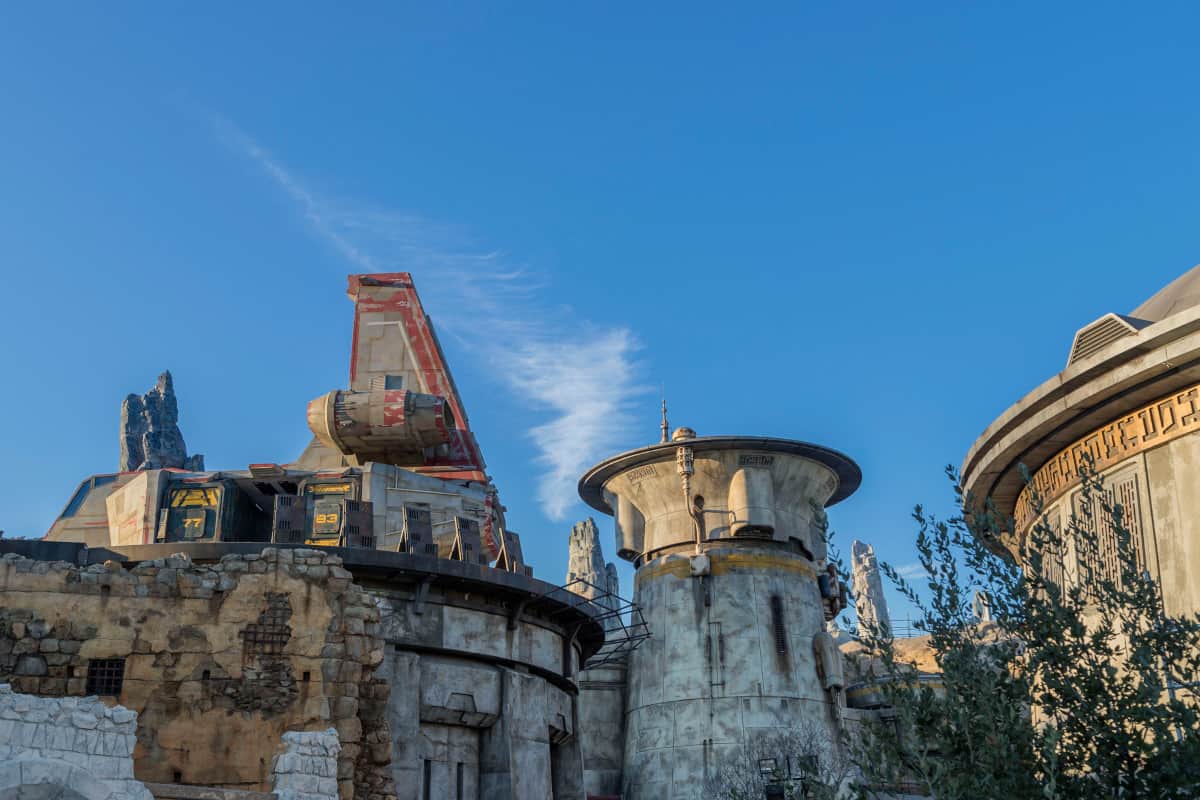 With the announcement of a new Star Wars land back in 2015, many fans set their sights on 2019 and the anticipated opening of Star Wars: Galaxy’s Edge. To help pass the time, we’ve got all the latest Star Wars news and updates to help tide you over.

But Star Wars fans don’t have to wait until then because you can find Star Wars at Disney World right now!

From attractions to characters to amazing nighttime entertainment, Disney’s Hollywood Studios is loaded with opportunities for you to connect to your Rebel Side (or even your Dark Side).

Here’s what you can expect…

Where can you find Star Wars at Disney World?

Most of the Star Wars-themed attractions, characters, merchandise, and entertainment offerings are found at Disney’s Hollywood Studios (which is also where the new Star Wars: Galaxy’s Edge land is being constructed), but you can also find a dedicated Star Wars shop as well as a new immersive Star Wars experience in Disney Springs.

This *is* the land you are looking for.

With 2 new attractions, several dining locations, and plenty of places to shop, the planet of Batuu will be the main go-to spot for all things Star Wars.

We cover everything there is to know about it in our Complete Guide to Star Wars: Galaxy’s Edge.

Looking for some advice to help make your time there go more smoothly? We have Galaxy’s Edge planning tips, too.

Height req.: None
Suitable for: Anybody, especially Star Wars fans
Recommended? Yes
When to visit: Anytime, although waits are shorter in the morning
Tips: Both Darth Vader and Chewbacca will speak to you at their meet & greets, so you might want to brush up on your Wookie. BB-8 just kind of sits there and does his BB-8 stuff.

Jedi Training: Trials of the Temple

This outdoor show allows young Padawans to master their Jedi skills before facing off against forces from the Dark Side.

Suitable for: Disney requests participants be between the ages of 4 & 12

Recommended? Yes
When to visit: Sign up @ park opening
Tips: This has traditionally been a fairly competitive event. Registration to participate is located at the Indiana Jones Adventurers Outpost store, and for the best opportunity to secure a spot sign up as close to park opening as possible. Check out our how-to guide for Jedi Training for more tips and suggestions.

3D flight simulator that takes guests through one of dozens of different Star Wars experiences including new characters and adventures from Star Wars: The Force Awakens and Star Wars: The Rise of Skywalker.

FP+ available? Yes
Height req.: 40″
Suitable for: Anybody 40″ or taller who can handle simulators and some rough movement.
Recommended? Yes
When to visit: 2nd hr (or later w/FP+)
Tips: The exit area is a great gift shop. 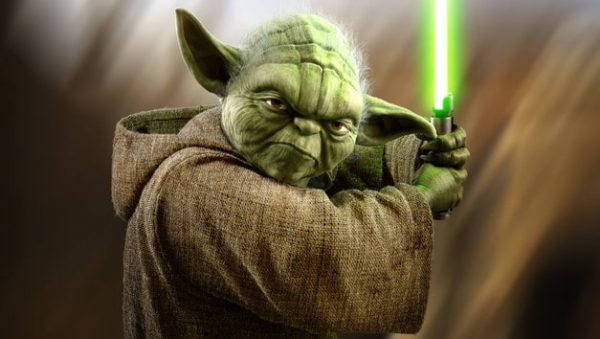 Height req.: None
Suitable for: Anybody
Recommended? For Star Wars fans
When to visit: Park opening – park closing
Tips: Perfect for people that would like to get caught up or need a refresher of the Star Wars saga. 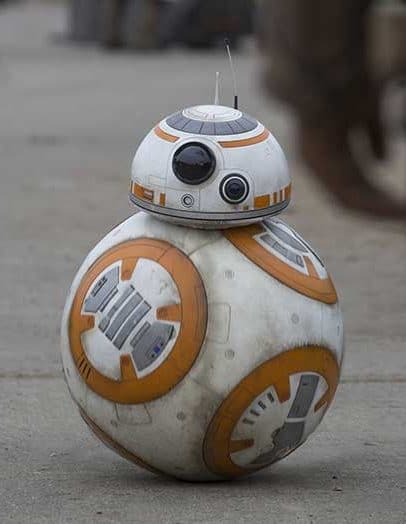 Height req.: none
When to visit: Park opening – park closing 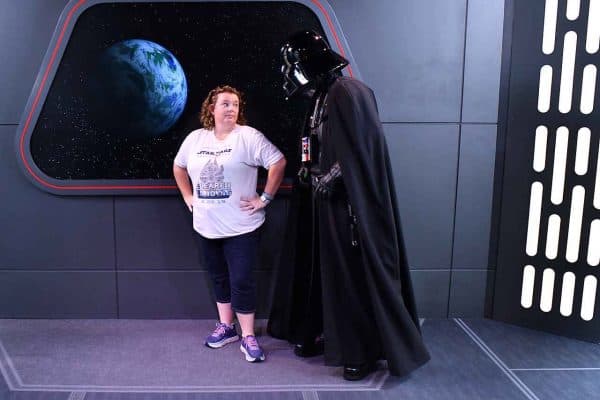 Height req.: none
When to visit: Park opening – park closing
(note: this character meet is also available as an exclusive character encounter for Disney Visa Debit & Credit Cardmembers. The line for the cardmembers only experience is generally shorter than the standard line so we recommend that one if you have a Disney Visa Debit or Credit Card.) 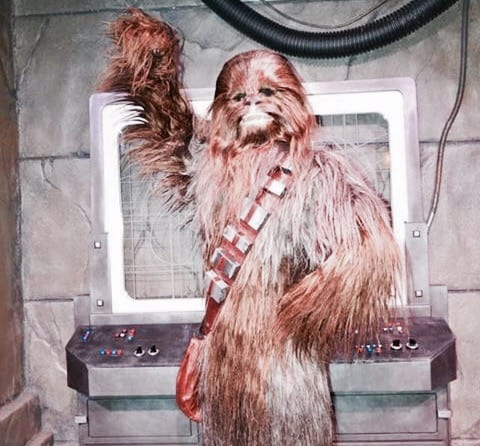 Height req.: None
When to visit: Park opening – park closing

One of the best parts of Star Wars at Disney World is this enhanced show that showcases pyrotechnics, special effects, and video projections, in addition to spectacular fireworks, all set to music from the Star Wars film franchise.

Height req.: None
Suitable for: Fans of Star Wars and anyone that loves nighttime shows
Recommended? Yes
When to visit: As scheduled (nighttime entertainment)
Tips: In order to see all of the projections, you will need to find a place close to the courtyard in front of the Chinese Theater. Check out these maps to see suggestions for the best viewing spots. You can also get reserved seating by booking the Star Wars: A Galactic Spectacular Dessert Party.

Outside of the planet of Batuu (which is inside Galaxy’s Edge), the place to purchase all of your favorite Star Wars merchandise at Hollywood Studios is at the appropriately named Tatooine Traders.

Located at the exit of Star Tours, you’ll find everything from themed Lego sets to light sabers to art.

Tatooine Traders does have a limited selection of collectible Star Wars items, but for a wider selection you’ll want to check out Star Wars Launch Bay Cargo. There you’ll find items for the serious (and not-so-serious) Star Wars collectors. 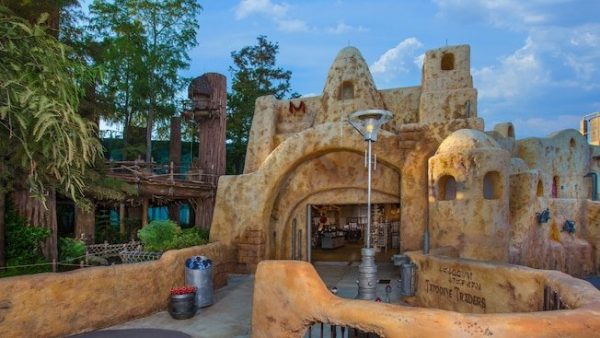 Located at the West Side area of Disney Springs, the Star Wars Galactic Outpost is a handy shop filled with some of the most popular Star Wars clothing, toys, and collectibles. 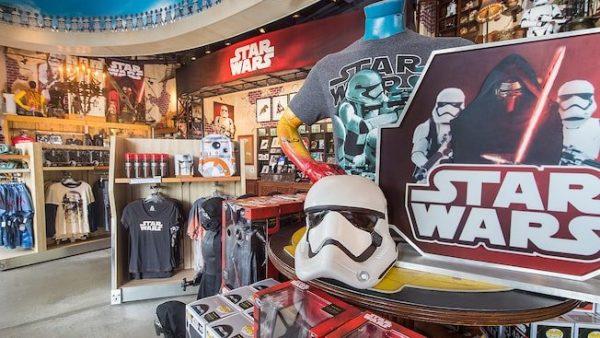 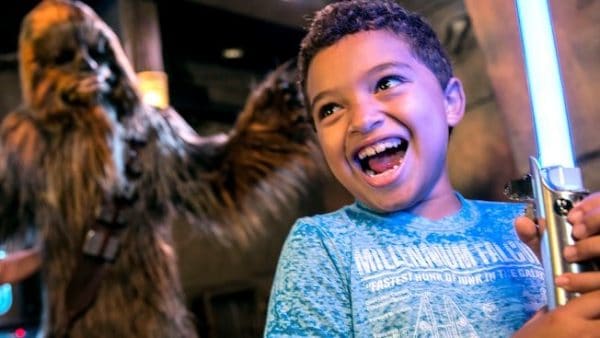 Star Wars: Secrets of the Empire

Virtual reality has come a long ways and with the introduction of The VOID in Disney Springs, Star Wars fans now have a way to experience Star Wars like never before.

Using the magic of virtual reality, guests of The VOID’s Star Wars: Secrets of the Empire will find themselves immersed in the world of their favorite movies as they don’t just watch the story unfold – they become a part of it. 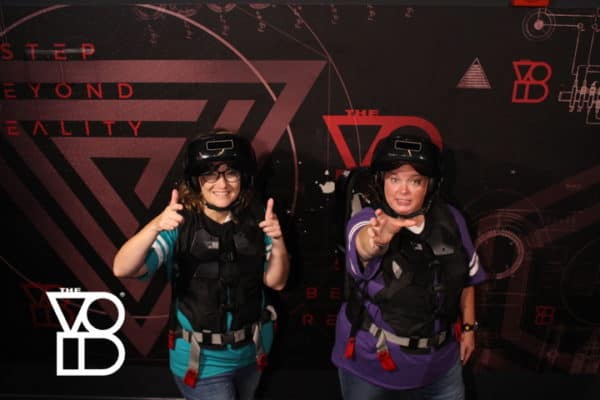 Tickets for Star Wars: Secrets of the Empire are available now on The VOID’s website.

Location: south side of Disney’s Hollywood Studios, just to the east of World Drive.

This new resort will be a “living adventure” that will allow guests to totally immerse themselves into all things Star Wars. Guests will check in for a 2 day immersive adventure.

Unlike anything else on property (or likely anything else around the world), this new resort will be 100% immersive, letting Star Wars fans of all ages become a part of the story. 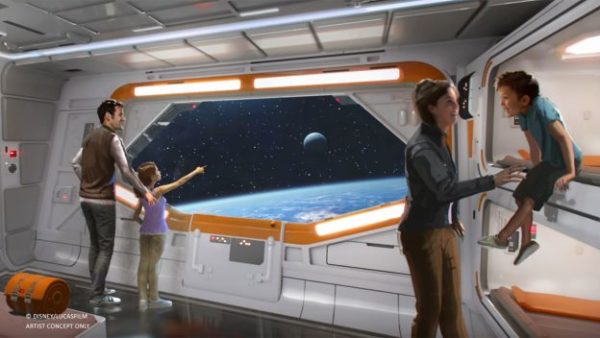 The California Coaster Kings website tracked down some permits that show a preliminary layout of the new resort. Check out their website for lots more detailed analysis! 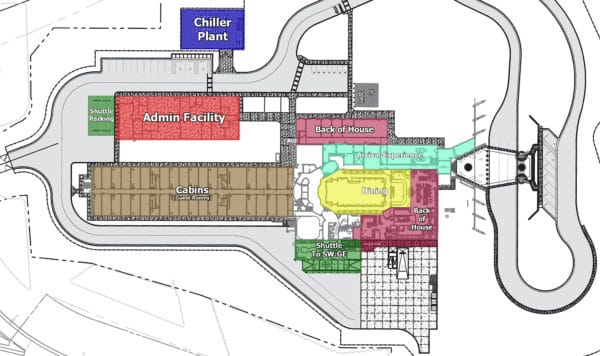 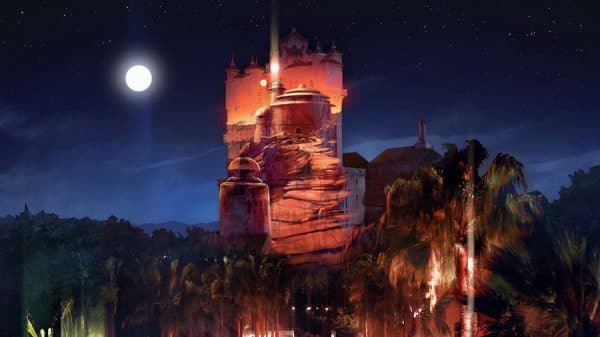 In 2019, Disney mixed things up a little bit and offered a similarly-themed event during one of their popular Disney After Hours nights for May the Fourth. While not exactly the same, there were a lot of similarities with the event including themed treats and merchandise as well as character meets.

Here’s what happened at the last Galactic Night’s event back in 2018:

You’ll find lots of Star Wars fun packed into the evening but these are a few of the highlights:

With the release of the much anticipated Solo: A Star Wars Story happening on May 25th, Star Wars: Galactic Nights will feature some exclusive content during the evening’s festivities.

Actor Joonas Suotamo (Chewbacca) will be making a special appearance, and the event’s Star Wars: A Galaxy Far, Far, Away presentation will debut some new video moments from the movie. And, don’t forget the merchandise!

In addition to Star Wars: A Galactic Spectacular (which is shown on the front of the Chinese Theater) guests will be treated to a new projection show done especially for this night. This new show, called Star Wars: Destinations will transform the front of the Hollywood Tower Hotel into scenes from your favorite Star Wars movies.

Guests can expect to see all the regulars at Star Wars Launch Bay (BB-8, Kylo Ren, Darth Vader, and Chewbacca). In addition, guests are likely to spot Storm Troopers, Ewoks, and AWR Troopers.

This one-night-only panel discussion will take you behind the scenes of the all new Star Wars: Galaxy’s Edge section of Hollywood Studios. A panel of Imagineers will be joined by David Collins (veteran Star Wars voice actor) as they take you on a journey into the development of this exciting new land.

In addition to all the Star Wars fun, the following attractions will be open for guests to enjoy – many with a special “Star Wars twist”:

There will be lots more to see and do during the night (including special photo opportunities, special food items, and a dance party) plus there are opportunities to upgrade your experience with special dining packages and wine seminars (about Skywalker Vinyards, of course!).

So, what do you think? Are you looking forward to experiencing Star Wars at Disney World on your next trip? Got questions about what you can find? Let us know in the comments.