It looks like we will finally shrink down to the size of a rat and go on a thrilling ride through Chef Gusteau’s kitchen next year.

Originally, the attraction in the France pavilion was supposed to open in summer 2020, but the opening was delayed due to the ongoing pandemic, just like many other projects. 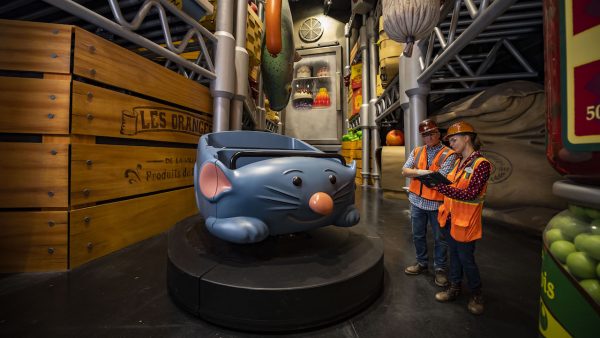 Since Walt Disney World reopened in July, construction has resumed on Remy’s Ratatouille Adventure, including the installations of signs that can be seen from the France pavilion and the Disney Skyliner.

When the trackless family-friendly attraction does open, guests will be able to experience what it’s like to be the size of a rat for what is described as a “culinary adventure with Chef Remy.”

The ride will propel guests through Gusteau’s kitchen floor on a 3D chase. There is also a similar attraction called Ratatouille: The Adventure in Walt Disney Studios Park at Disneyland Paris.

During Monday’s IAAPA virtual conference, there were quite a few other details, along with sneak peek images and videos released. Check it out:

Guardians of the Galaxy: Cosmic Rewind

We don’t have an opening date yet, but Disney was kind enough to share a video of the ride vehicles in action for the Epcot coaster inspired by the Marvel films.

The OmniCoaster ride system has cabs that rotate 360 degrees, is capable of a reverse launch, and will direct your eyes to the story happening around you. 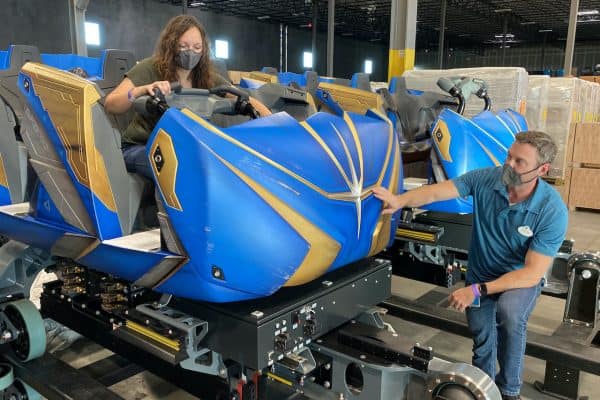 And here’s what the inside of the track looks like. 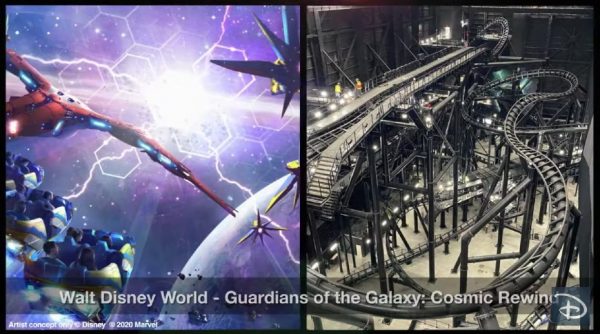 It was previously announced that reservations are slated to open later this year, with the Galactic Starcruiser set for a 2021 opening. 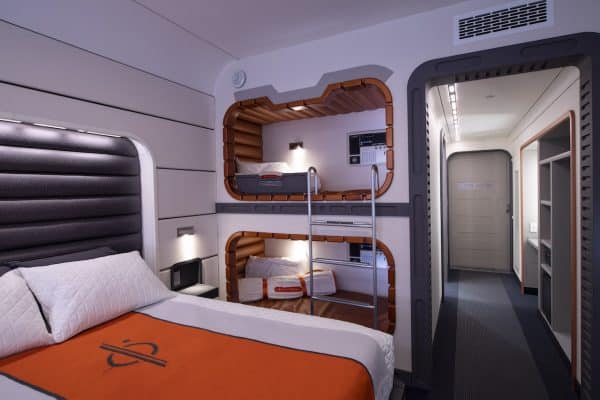 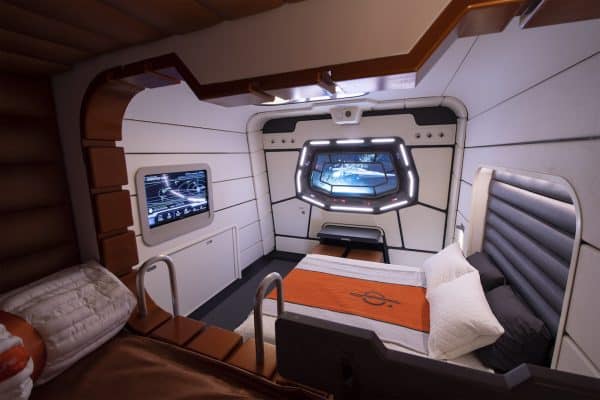 A sneak peek of the ride vehicles for WEB SLINGERS: A Spider-Man Adventure was also shared.

The new attraction is being built for Avengers Campus in Disney California Adventure, in which guests will wear 3D glasses and be able to sling webs like Spider-Man.

Be sure to also watch the ride vehicles in action courtesy of the DLP Report. 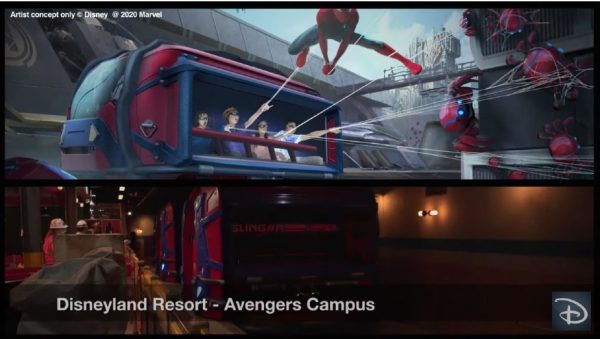 Harmonious is Epcot’s new nighttime spectacular and here is a photo of the massive centerpiece barge being lifted into place.

There isn’t a start date yet for the show, but it’s “one of the largest nighttime spectaculars ever created” and will “feature the hallmarks of a Disney experience, including music and images, reimagined by diverse cultural musicians and artists from around the world.” 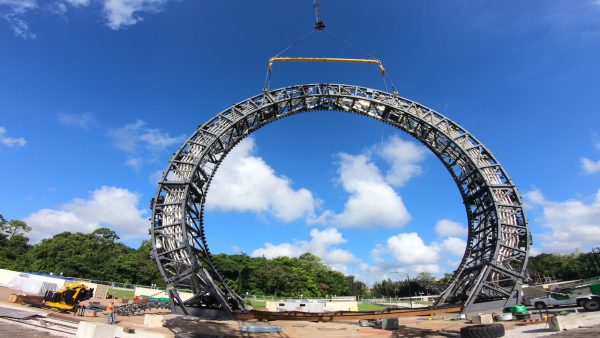 This is the restaurant we’ve been waiting to open for awhile at Epcot. While we still don’t have an opening date, Disney did share a sneak peek of the inside of the Table Service spot located next to Mission: SPACE that will make guests feel as if they’re eating in outer space 220 miles above Earth. 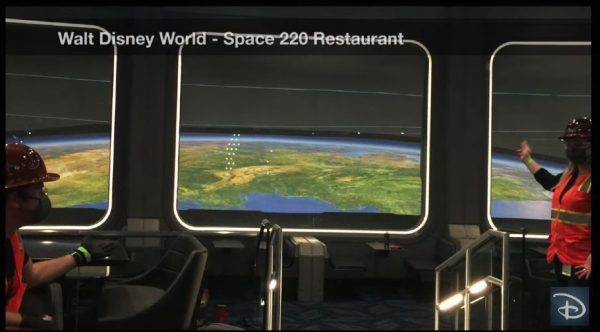 If that isn’t enough, D’Amaro also noted how Disney plans on bringing back entertainment that they had to discontinue indefinitely resulting in massive layoffs.

There weren’t any details announced for WDW’s 50th anniversary celebration, but D’Amaro did say that more information is coming soon.

As for the retheming of Splash Mountain into a Princess and the Frog attraction, D’Amaro said (via BlogMickey.com), “We want to make sure that we’re focusing on inclusivity for our guests as well, so we’ve chosen to speed up some of the work that we had been developing to make sure that our parks remain relevant and welcoming to all of our guests.” 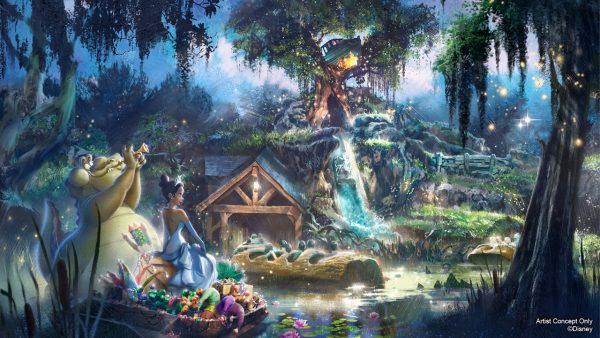 He made this comment while discussing adding “Inclusion” as the fifth key to the Four Keys training Cast Members receive. He also noted that there will be “more to come” when it comes to projects incorporating inclusion.

There wasn’t any news on TRON Lightcycle Run, but we will of course keep you updated on any and all future news regarding the above and whatever else Disney shares in the future.