Pros and cons of taking a solo trip to Disney World 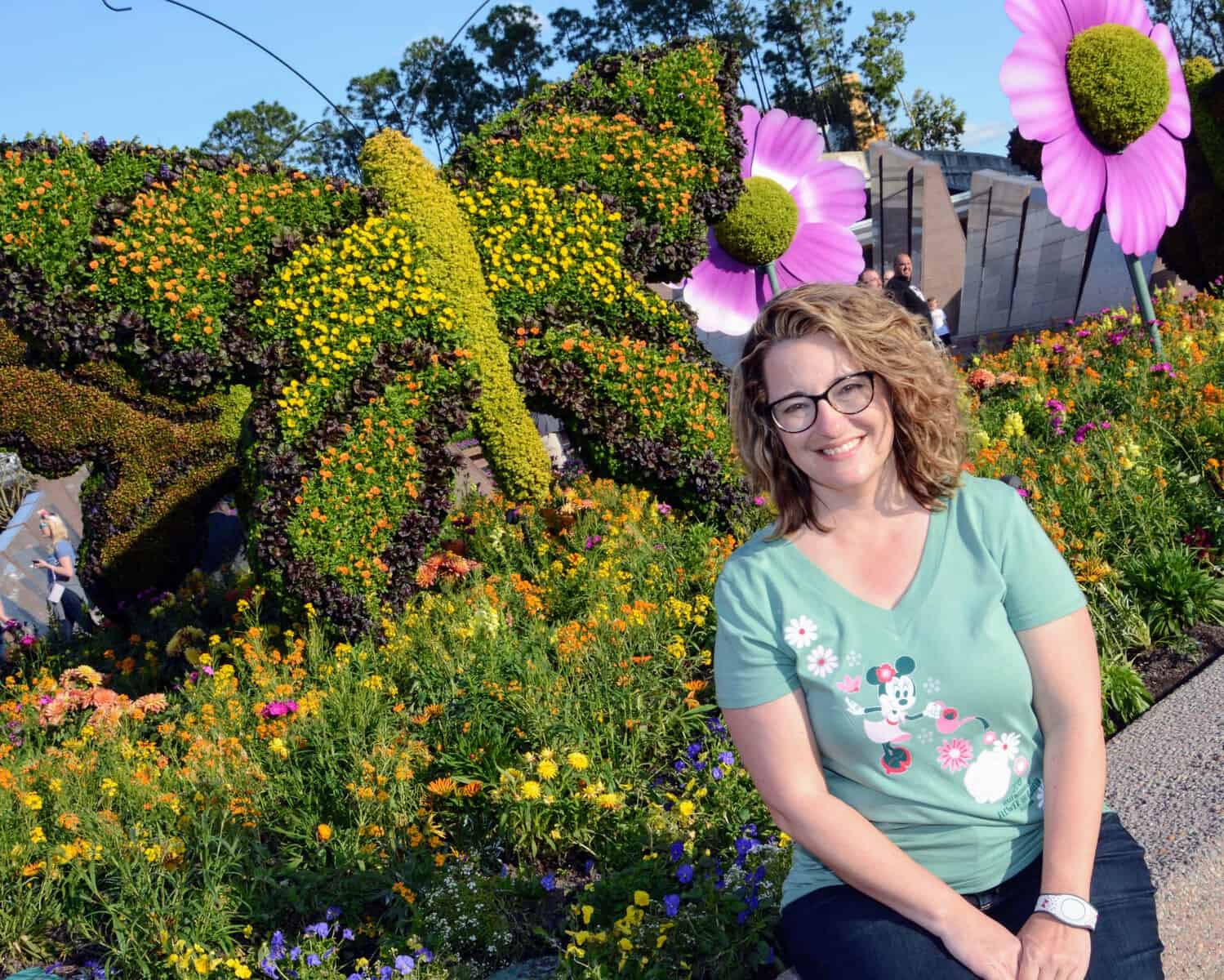 This is a guest post from 1 of my favorite readers, Zach Basler, who just returned from his first solo trip to Disney World. Here’s Zach…

So if you love Disney as much as I do, and you are always talking about your past or future trips, chances are that you may find yourself alienated from your friends and family from time to time.

I love planning and talking about my upcoming trips to Walt Disney World almost as much as I actually being there (like I said… almost). I am passionate about my trips, but my friends and family don’t necessarily share the same passion. They don’t quite “get it”.

So when it came time to start planning my next trip to Walt Disney World, I actually couldn’t find anybody who was either able or willing to go with me (I know, I am as shocked as you are — they can’t be human). So what should I do?

I could choose not to go and sit at home with an Annual Pass practically burning a hole in my wallet, or I could put myself out there and take a trip by myself. When I look back at it now, the answer was obvious, but at first, the decision did not seem so clear to me. 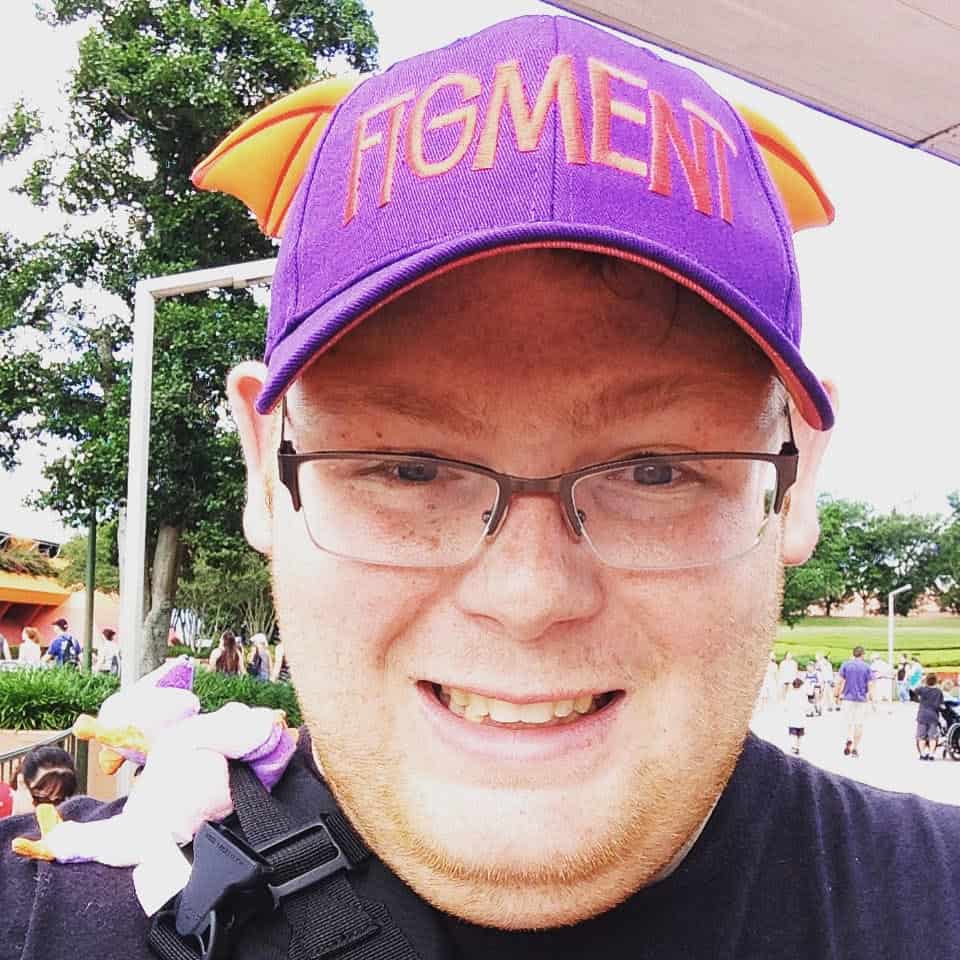 Walt Disney World has always been a place that I have enjoyed with others. I love seeing people enjoy the same place that I have grown to love over the years. I have always visited with my family or best friend, so going by myself would be quite the departure from the norm for me.

However, I REALLY wanted to go back “home,” so I just took a leap and put down the money on what would be the solo trip of my dreams. So with this very first solo trip behind me, I have put together a list of pros and cons for prospective solo travelers to Walt Disney World to consider. Here we go!

Why should you take a solo trip?

Stay Where You Want
For this trip, I went back and forth on deciding to either stay at the Grand Floridian or Animal Kingdom Lodge. I have stayed at the Grand Floridian before when my family won a trip to Disney World back in 2001, and while I love the convenience the monorail brings to commuting back and forth to my favorite park (Magic Kingdom), I ultimately decided on Animal Kingdom Lodge because it was something different (and because it was cheaper). 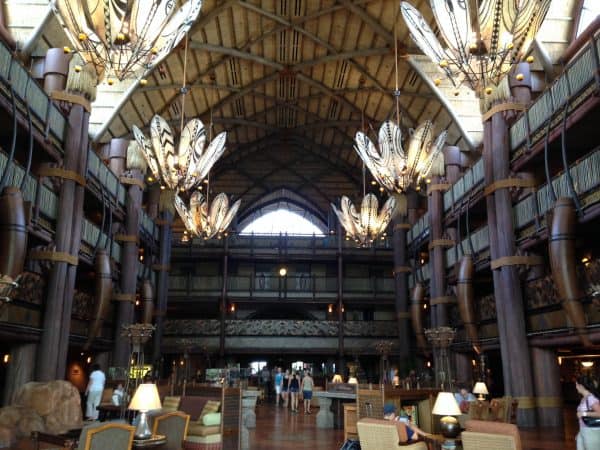 Being a solo traveler to Disney World really allows you to stay where YOU want to stay. I was actually able to stay at a Deluxe resort only because I was traveling solo. At the time, if I was going with somebody else, I would be paying for the majority of the trip for two people which would have ultimately resulted in us staying at Pop Century (another fantastic resort, and the one I really call my “home” resort). I think that a solo trip is the perfect time to splurge and stay in your dream resort.

Do What You Want, When You Want
This is probably the biggest (and most obvious) pro for taking a solo trip — doing what you want, when you want to do it. Traveling with others (should) always include compromise, but when you are traveling solo, you are only limited to amount of stuff you can get done or see throughout the course of your stay.

This type of dining (almost always) eliminates the need to be somewhere at a certain time or face a $10 no-show fee. Also, when traveling solo, your plans don’t necessarily need to be set so rigidly.

As mentioned previously, when touring the parks alone, you can set your own pace without having to consider others and their needs. This type of touring works really well with Quick Service Dining because you can much more easily be spontaneous and decided where you want to eat at any given moment as opposed to sticking to dining reservations at certain times.

Also, and this is on a more personal note, but I just didn’t care for dining at the Table Service restaurants without having somebody to talk to throughout the course of the meal, but this could definitely be a pro depending on you and your personality.

Dining Reservations
This may seem somewhat contradictory what I just mentioned, but go with me here. If you do like the idea of actually sitting down and enjoying a Table Service meal alone, then I have some good new to share with you.

From my personal experiences, I was able to get in every Table Service restaurant I wanted to eat at with very little difficulty getting a reservation even on a day or two beforehand. For example, a couple of days before I left to go on my trip, I decided that I wanted to eat at Be Our Guest for lunch on arrival day (I know that Be Our Guest lunch is technically a Quick Service, but it still needs a reservation). 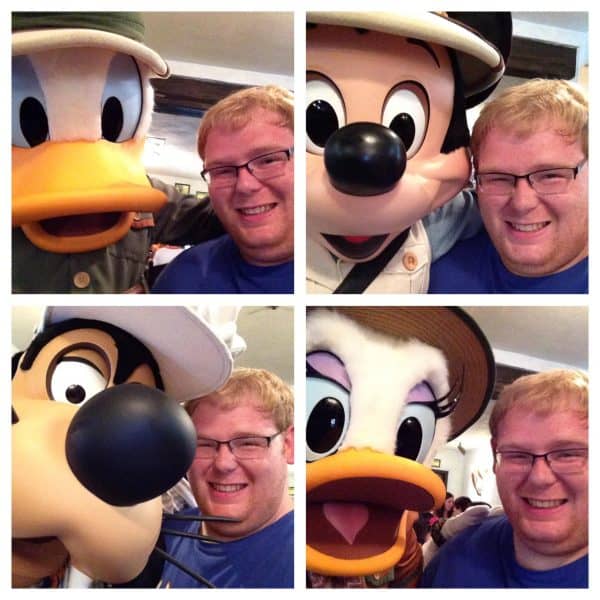 When I went online to make my reservation (at this point hopeful), not only was I able to actually get a reservation, but I was also able to choose between a few different times instead of having to go with the only one that shows up.

This also worked on a few other restaurants that I decided to eat at last minute (Boma, Crystal Palace, and Via Napoli). Your milage may vary with this pro, but it was definitely an unexpected plus for me.

I went to Animal Kingdom on arrival day, and even though I was there during peak crowd times, I was able to ride Expedition Everest six times in a row using the single rider line, and my longest wait might have been two minutes.

I was also able to make a FP+ at Epcot for Soarin’ and used the single rider line to ride Test Track later that day. Rock ‘n’ Roller Coaster was the longest wait out of the three rides offering single rider, but I was still able to ride it three times within a 40-minute time frame. This allowed me to use my FP+ for Toy Story Midway Mania later in the day.

Parade and Fireworks Viewing
This is a sort of bonus pro that I also “discovered” on my trip. Since it was just me, I was able to just walk up to parades and fireworks much easier than planning for a group of people who would need to take up more space. I just squeezed into the existing crowd with no difficulty.

Even though there were a lot of pros to traveling solo, one very big con for me was that there wasn’t anybody to share the “magic” with. This is very subjective, and will not necessarily apply to all potential solo travelers, but it affected me more than I thought it would, so I felt that I should mention it.

Being such a passionate Disney fan, I have found that I enjoy the parks even more when I taking somebody else with me and helping them to see Walt Disney World from my perspective as truly the most magical place on Earth. Because I was traveling solo, I didn’t get to do this to full extent that I really like to on other trips.

Like always, I shared pictures and moments on Facebook and Instagram, but it just wasn’t the same as taking them around the parks and resorts in person, but again, your mileage may vary with this one.

Costs of Traveling
This could really be a pro or a con depending on the situation, but we’re gonna approach this from a con perspective. When traveling to Walt Disney World alone, you are left to be the sole traveler as well as the sole source of payment. If you are used to sharing costs for a trip to Disney, paying for the whole trip yourself can be a bit of an adjustment.

Table Service Dining
Okay, so this was probably my least favorite part of solo traveling to Walt Disney World. Since I had booked my trip with a Disney Dining Plan, I had five Table Service credits to use. Even though I took the opportunity to try some new restaurants I had never dined at before, I often found myself rushing through the meal in order to leave and get back to touring.

I thought it would be awkward or quiet eating alone, but I was wrong about that. The Cast Members, as always, did a great job of making me feel at home and I had some wonderful (and somewhat lengthy) conversations with some amazing cast members that made my trip a little more magical.

Ultimately, if you do decide to take a solo trip to Walt Disney World, it is going to be what you make of it. If you are interested in taking a solo trip, I would recommend going for a long weekend and seeing if it is something that you really enjoy before trying to spend a whole week or so.

It also helps to try to meet up with some friends who may also be in the area. Fortunately, I was able to meet up with my Disney travel agent (the amazing Cheryl from Key to the World Travel) and Shannon. Even though I spend most of my trip solo, I ended it with two lovely people watching some amazing fireworks.