At the end of August, Disney announced that Disney’s Polynesian Village Resort wouldn’t reopen until summer 2021. One of the reasons the resort isn’t reopening until then is in part to a lengthy refurbishment.

Well, on Thursday, Sept. 24, the Disney Parks Blog shared new details and concept art for the Polynesian’s makeover that will debut just in time for the resort’s 50th anniversary.

First, guests can expect a brand new entryway design that is said to “showcase the iconic mid-20th century architecture the Polynesian is famous for.” The updated entry will also have a “high-pitched, open-truss roof covered in a thatch style.” 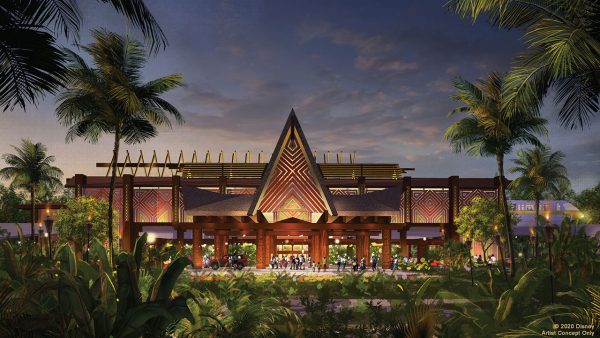 The resort’s Monorail station will also receive a makeover with the addition of new wooden screens that will be covered with geometric patterns and bright colors. Disney is also adding “dramatic lighting elements, including beautiful chandeliers inspired by glass floats, fishing nets and oversized bamboo elements” to the entryway.

If that isn’t enough, there will also be “enhancements” made to the gardens and fountains at the entrance.

It’s also important to note that the Great Ceremonial House will remain open to guests, along with its operating dining and shops.

As previously mentioned, the rooms will also be updated. A Walt Disney World spokesperson told the Orlando Sentinel on Aug. 31 that the “changes to the rooms will include a move to a Pacific Ocean-inspired color palette as well as details, patterns and textures from Disney’s Moana, an animated film that takes place on the Polynesian island of Motunui.” 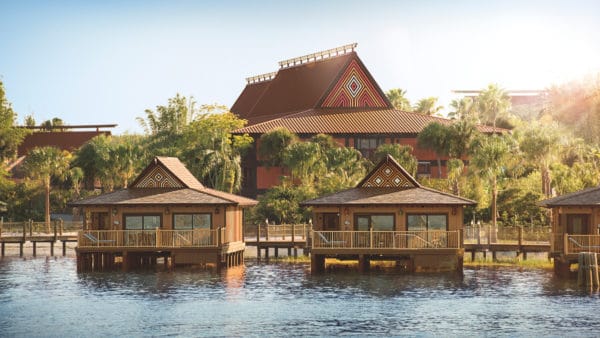 Polynesian was originally set to reopen on Aug. 12, 2020 and then got pushed back to Oct. 4, 2020 before the summer 2021 reopening was announced. Now, you’ll just have to wait a bit longer to once again stay at the iconic resort that overlooks Magic Kingdom.

Take note that the Villa and Bungalows at the Polynesian will remain open during the refurbishment. They are also currently open and accepting new reservations.

And due to the refurbishment, Monorail service will be temporarily suspended starting on Nov. 2, 2020. The walkway to the Transportation and Ticket Center will remain open for guests to access the monorail and ferry boats to Magic Kingdom. Be sure to check out our guide on how Disney transportation works currently.