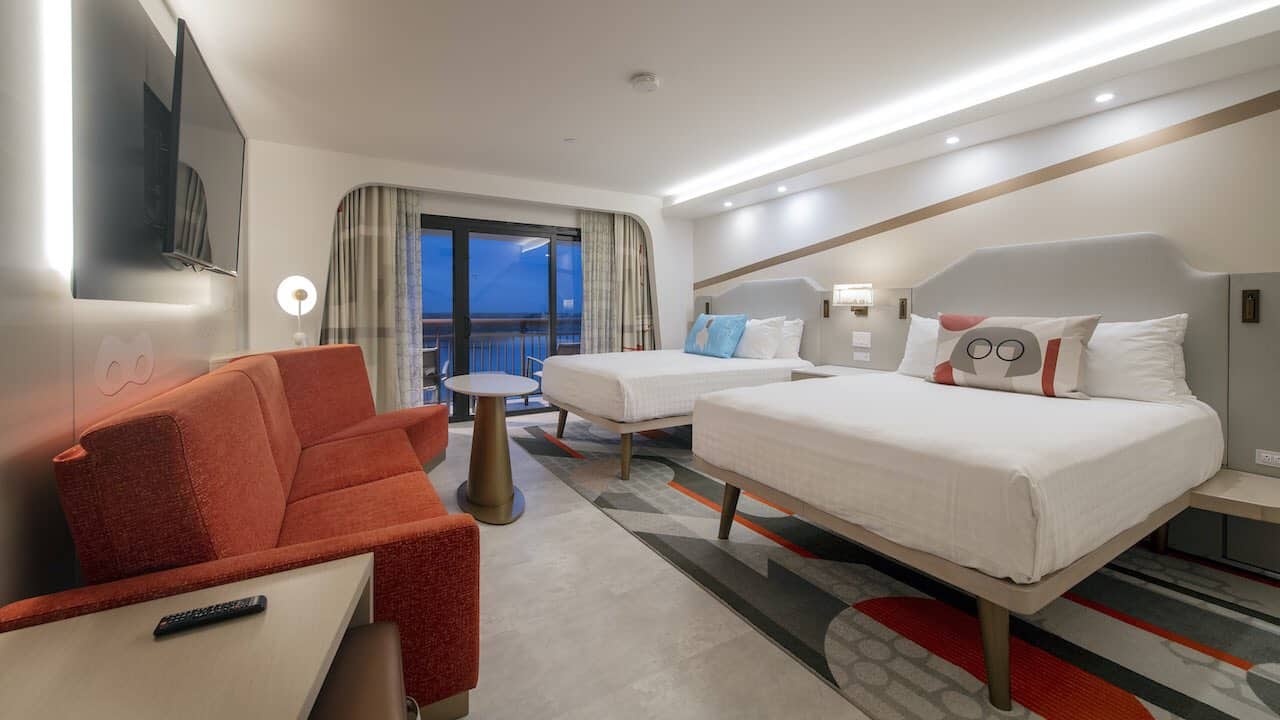 For awhile now, there have been rumors swirling that the rooms at Disney’s Contemporary Resort were being transformed into Incredibiles-themed spaces.

Well, on June 24, Disney officially confirmed that is indeed happening. A series of first look photos were also released showing off the reimagined rooms that are set to debut in fall 2021.

As this time, all 9 floors of rooms in the tower are undergoing a complete refurbishment.

Not only do they show off beloved Incredibles characters, like Jack-Jack, Frozone, and Edna Mode, but there is also a blend of a “sleek Monorail motif.”

There’s even custom artwork in the rooms and in the hallways with a modern and futuristic twist.

As you can see above, the bathrooms finally have new sinks!

If that isn’t enough, the Contemporary lobby is also receiving a makeover. Starting July 16, most of the first-floor lobby will be closed due to refurbishment.

Many of the guest services in the lobby area will remain open, like the elevators, escalators, restrooms and pathways to the Convention Center, and bus transportation.

But, the front desk will temporarily relocate to the second floor of the resort. Once completed in late September, the lobby will feature an enhanced check-in experience that has an “open, free-flowing layout with enhanced seating locations.”

The lobby will also soon see a “collection of modern art pieces as well as historical, behind-the-scenes photographs of Disney’s Contemporary Resort in development and under construction,” according to Disney.

As previously announced, The Wave… of American Flavors and The Wave Lounge will be unavailable in summer 2021 as the restaurant undergoes refurbishment “for a reimagined dining experience” and just in time for the 50th anniversary celebration.

Reservations for The Wave will be available through July 15.

Finally, you should also know that after the tower guest rooms are complete, work will start on the rooms inside the Garden Wing out on the shore of Bay Lake.

There are many changes coming to Disney World hotels, including the Moana-themed rooms at Disney’s Polynesian Village, which is set to reopen in late July.

If you’re looking to visit Disney World or book a stay at the Contemporary, Small World Vacations can help you with reservations and all of your plans.