Mickey’s Toontown In Disneyland Closing In March 2022 For Reimagining 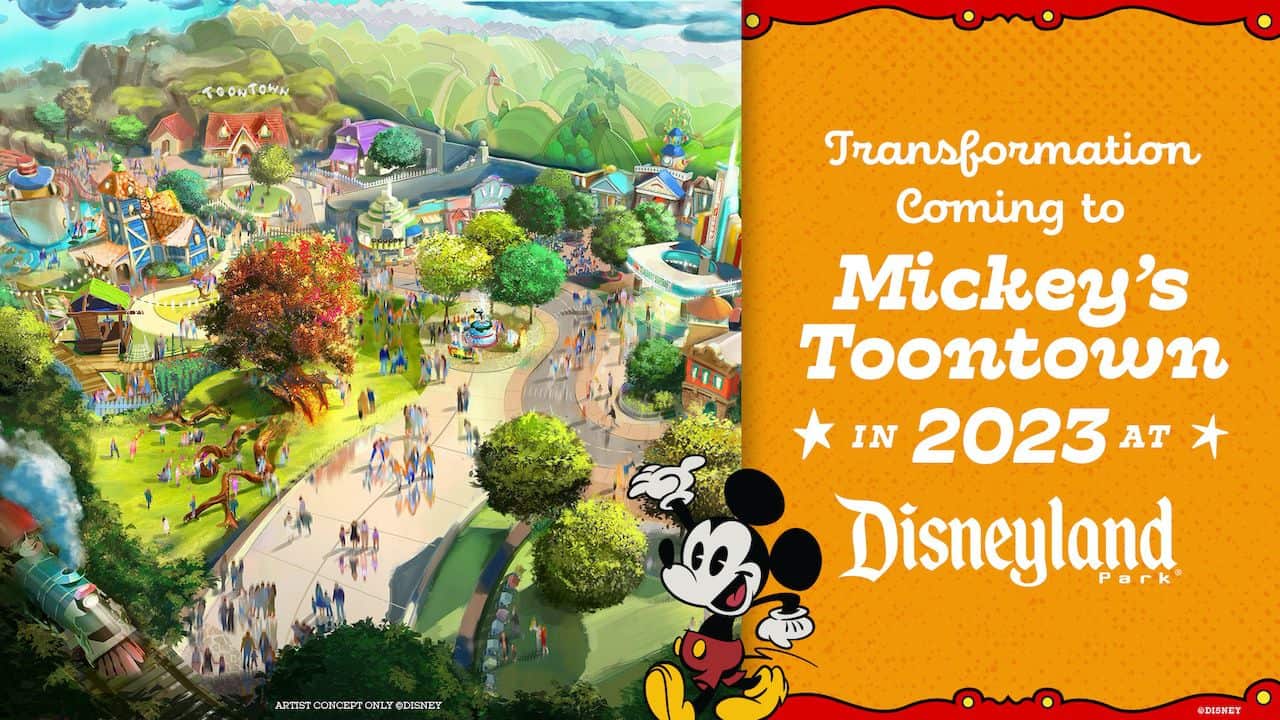 On Nov. 15, Disney announced some big news about Mickey’s Toontown in Disneyland Park.

The land is closing in March 2022 for reimagining. The updates are expected to debut in early 2023, alongside Mickey & Minnie’s Runaway Railway.

As stated by Disney, “…Imagineers are working to create some all-new experiences so families and young children can have more opportunities to play together inside Disneyland park. The beloved Mickey’s Toontown will transform into a vibrant symphony of sights, sounds, and sensations.”

You can expect new play experiences, grassy play spaces for everyone to unplug, and even landscaping for “both spontaneous family play and parental relaxation.” Plus, these new experiences “will let children play, slide, spin, splash, touch and listen”.

“We are so excited to leverage Disney’s powerful brand, develop new stories and share even more magical experiences with our guests,” Chairman of Disney Parks, Experiences and Products, Josh D’Amaro, said at Nov. 15’s International Association of Amusement Parks and Attractions (IAAPA) Expo. “The newly reimagined Mickey’s Toontown will be a welcoming place where families and younger guests can connect and play together in fun new ways.”

Disney also revealed that one of the new areas coming to Mickey’s Toontown is called “CenTOONial Park.”

This is the first space guests will see when they enter. It’s also a natural space that will be anchored by two interactive play experiences.

“At the center of CenTOONial Park will be a fountain, designed for play, which will also become a center icon for Mickey’s Toontown,” Disney described. “As its base, water tables will invite guests to play with the water and have a sensory experience. At night, the fountain will be brought to life in a unique spectacle.”

Better yet, there will also be a “dreaming tree” inspired by the tree a young Walt Disney would daydream under in his hometown.

The sculpted tree roots give kids an opportunity “to play, crawl and explore, and undulating topography will offer rolling hills and a place to sit and dream.”

Oh, and don’t worry, Toontown will continue to be home to characters like Mickey, Minnie, Goofy, Donald, and more.

Disney previously said in September that Roger Rabbit’s Car Toon Spin will feature a new backstory focused on Jessica Rabbit in the future, but it’s unclear if this is the route Disney will continue to pursue with the attraction.

We’ll be sure to share further details as we learn more!