As we saw during the Halloween season, not all of the cavalcades at Magic Kingdom ran every day, so what about the holiday cavalcades?

Well, thanks to BlogMickey.com, we now know that all of them will run seven days a week, except for one — Goofy’s Scrumptious Cavalcade featuring Goofy, Max, and Clarabelle Cow.

You can see baker Goofy Thursday through Monday, meaning he has off Tuesday and Wednesday. 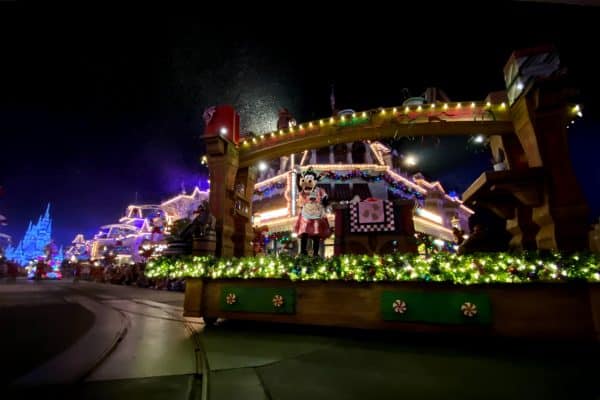 Here are all of the holiday cavalcades happening at Magic Kingdom:

There is also the Royal Christmas Processional featuring Cinderella and fellow Disney princesses in holiday attire on a decorated float.

This is just like the Royal Princess Processional that has been showing since Magic Kingdom reopened in July, but Christmas themed. It’s appears this cavalcade will run every day as well, so just keep your eyes peeled.

As for the holiday cavalcades at Hollywood Studios, Animal Kingdom, and Epcot, it appears all of them are scheduled to run every day of the week as well. We detailed all of the holiday park cavalcades yesterday, on Nov. 6, when the holiday festivities officially started across Walt Disney World.

Keep in mind that the Taste of Epcot International Festival of the Holidays doesn’t begin until Nov. 27, meaning those holiday cavalcades haven’t started yet. But, when they do, take note that the Santa Claus Promenade only runs through Dec. 24.

Be sure to check out our Festival of the Holidays foodie guide, which Disney released on Nov. 5, along with our complete guide to the holidays at WDW.