Prepare yourselves for an updated Jungle Cruise that will incorporate the skippers even more and focus on diversity, following in the footsteps of Splash Mountain.

On Monday, Jan. 25, Disney announced that the Jungle Cruise attraction at both Walt Disney World’s Magic Kingdom and Disneyland Resort’s Disneyland Park will be revamped with the changes slated to occur later this year.

According to the Disney Parks Blog, the updates will “include new adventures that stay true to the experience we know and love – more humor, wildlife and skipper heart – and also reflect and value the diversity of the world around us.”

Here are two pieces of concept art to give you a better idea of some of the updates: 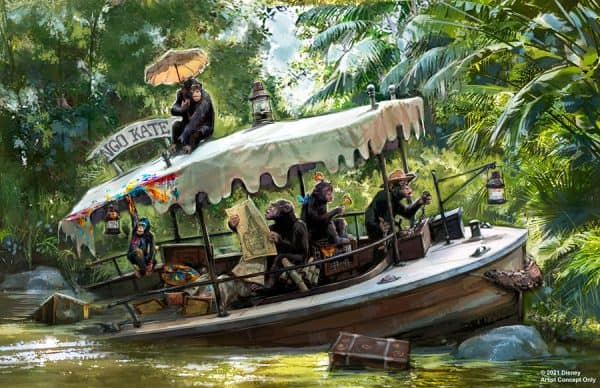 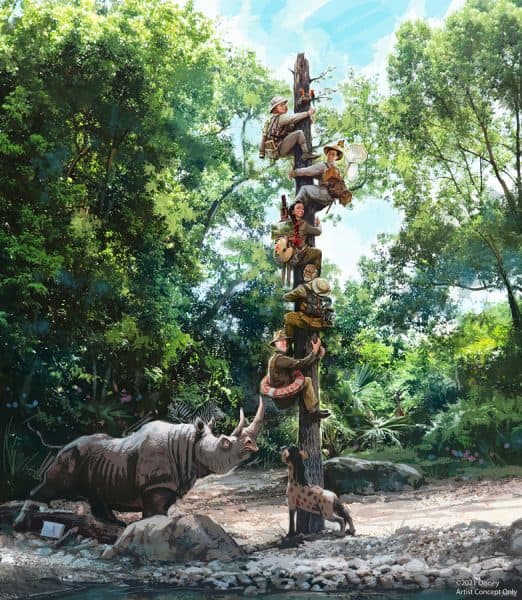 As described by Disney Imagineer and former Jungle Cruise Skipper Kevin Lively, “As part of this story update, we’ll get to follow a skipper and his passengers as their journey goes awry.” He added, “That’s right, for the first time ever, the skipper role will not only be that of a live, experienced and witty guide, but also represented by a show figure within the attraction itself.”

He continued, “In fact, the expedition will be up a tree (literally!) after their sunken boat splits apart and chimps board the wreckage, with monkey business ensuing.”

Also, Jungle Cruise fans might be happy to hear that boats, like the “Mekong Maiden” and the “Kwango Kate,” will reappear.

There are always changes coming to the parks and if you’re interested in visiting Walt Disney World anytime soon to experience both the new and old (Disneyland still doesn’t have a reopening date), Small World Vacations can help.