How to do Disney World with little ones – PREP029 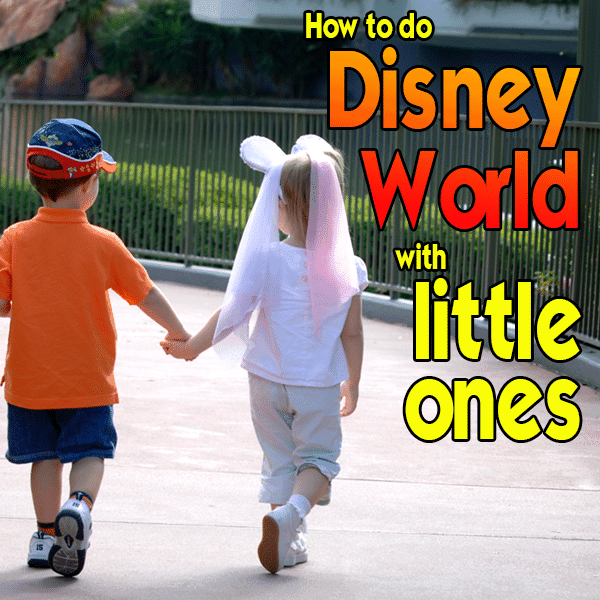 Taking little kids to Disney World can be lots of fun but there’s a lot to take into consideration when making plans with them.

Today, I have tips on how to plan trips that include little kids, including when to go, where to stay and how to tour.

I also have a quick tip about flying with little kids and making sure that you’re seated together.

Guide to the Flower and Garden Festival

Planning a Disney World trip with little ones

To prepare kids ahead of time, I suggest not telling kids too far ahead of time but talking about Disney World so they can learn. Watching videos and reading the Birnbaum’s for Kids book are great ways to prepare young kids.

Step 1: Choose when to go
I recommend going after Halloween but before mid-March when the times have changed because some nighttime entertainment (such as Fantasmic) is offered earlier, making it easier for little ones to stay up later to see it. During busy times like Christmas and Thanksgiving, the parks are open later to accommodate crowds so nighttime entertainment would be scheduled later on those days.

In addition, sometimes discounts are offered during this time, such as the “Families with Little Ones” promotion that covered January and February dates in 2014.

Step 2: Where to stay
I recommend Pop Century, Art of Animation, The Polynesian, The Contemporary and Animal Kingdom Lodge for families with little ones.

Step 3: Make a daily plan
Families with little ones should primarily focus on Magic Kingdom and maybe even consider skipping Epcot.

Step 4: Pick your dining
Character dining (such as Chef Mickey’s or Tusker House) can be a great way to introduce kids to characters. I would avoid making too many Table Service dining reservations because it usually takes 60-90 minutes per meal which is a lot of sitting for many young kids.

Step 5: Park touring
All of my FastPass+ guides include touring plans for little ones so I would start there. You might want to consider letting kids re-ride things if they really like them.

There’s a 40″ height requirement on many of the bigger rides. Parents or older kids who want to ride can use Rider Switch to take turns.

Even if kids are tall enough to visit an attraction, they might get scared so please consult my list of attractions that could scare little ones to see if you want to visit certain things.

My general advice on strollers is that if you still use one at home, you should probably bring it on your trip. Little ones who don’t normally use strollers at home will likely still benefit from having one during a Disney World trip so I recommend renting a stroller for those kids.

Step 6: Add extra magic
Consider playing Tinker Bell and/or having a date night and using childcare during your trip.

If you’re flying for your trip, make sure you have reserved seats (or boarding group if you’re flying Southwest Airlines). Without it, there’s a good chance your family will be separated during your flight.

Will be you traveling with a little one? Do you have more info or questions to add?