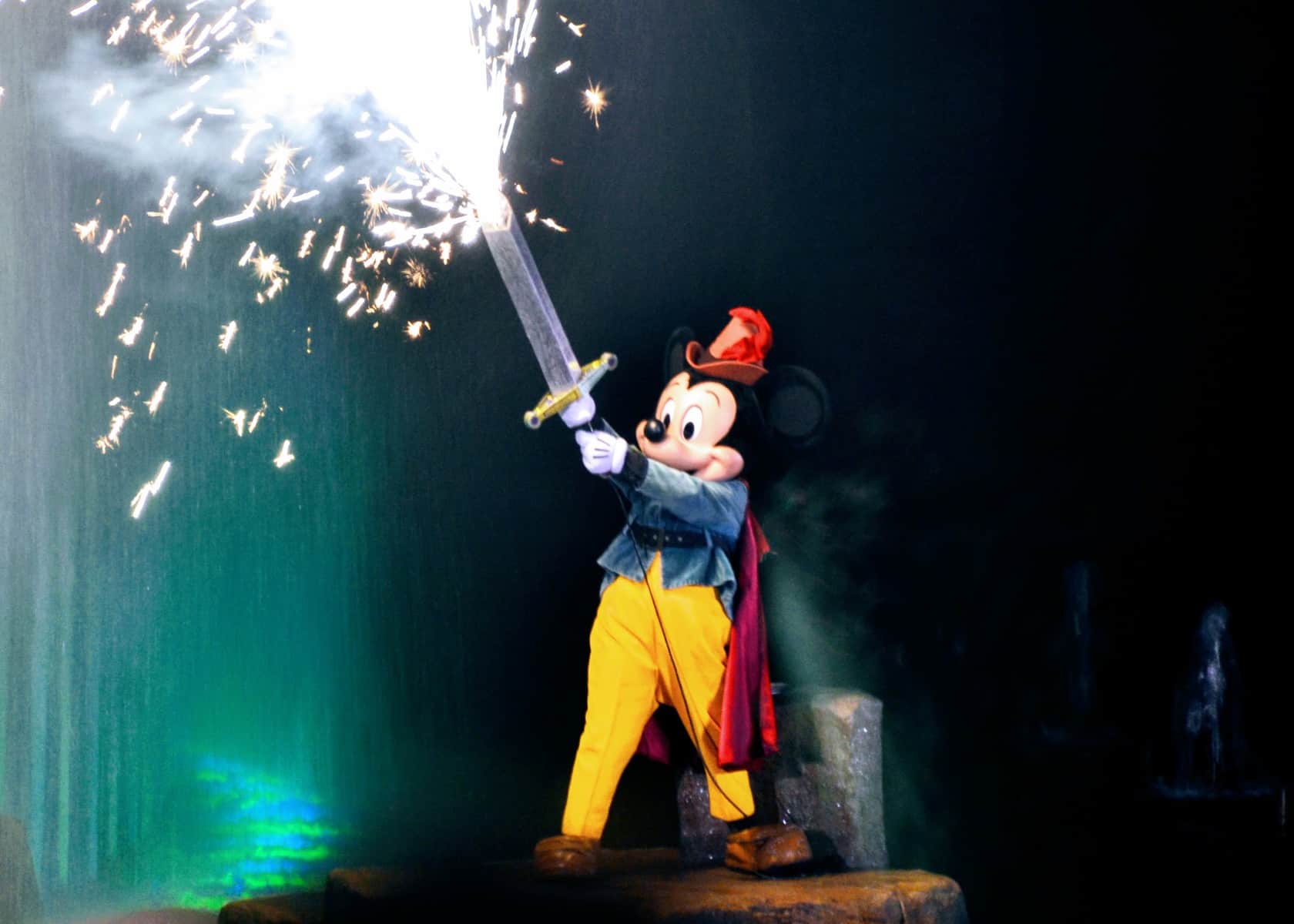 We have some Disney Parks news to share that was announced by Disney Parks, Experiences and Products Chairman Josh D’Amaro at Destination D23 on the morning of Saturday, Nov. 20, 2021.

While there wasn’t as much news as we had initially anticipated, there are several new and returning items to look forward to at Walt Disney World, Disneyland Resort, Disney Cruise Line, and other Disney resorts across the globe.

Let’s take a look at the latest announcements, along with what wasn’t announced like we had hoped.

First and most importantly, Festival of Fantasy parade is making its comeback at Magic Kingdom in early 2022!

Also, Fantasmic! is finally returning to Hollywood Studios (and with a new sequence featuring characters that have never part of the show before).

A 50th anniversary edition of Mickey’s Royal Friendship Faire is coming to the Cinderella Castle Forecourt Stage at Magic Kingdom in early 2022.

It’s called “Mickey’s Magical Friendship Faire” and will incorporate favorite scenes from the previous version of the show, plus a new opening and a new finale with Mickey Mouse and all his friends in their sparkling, EARidescent costumes.

There’s even an all-new, original song called “Where the Magic Feels Like Home.”

The cavalcade “will feature the most characters of any cavalcade to date,” like Nick and Judy from Zootopia, Baloo and King Louie from The Jungle Book, José Carioca and Panchito from The Three Caballeros, Miguel from Coco, plus Merida, Moana, The Incredibles, and more!

In September, Disney announced that “Finding Nemo: The Musical” at Animal Kingdom would be returning sometime in 2022, but in a reimagined way with new storylines and the return of songs from the original show, including “In the Big Blue World” and “Go with the Flow.”

Well, we learned that the updated show is called “Finding Nemo: The Big Blue… and Beyond” and will be set in the timeline of the movie Finding Dory.

The audience will find themselves at the Marine Life Institute and they’ll “catch up with the fish from Dr. P. Sherman’s office in Finding Nemo, who have made their way across the ocean to California.”

Read more about the returning and new entertainment coming to Walt Disney World.

A new Epcot quick service location will open next to the Creations Shop in World Celebration called Connections Café and Eatery. This replaces the old Electric Umbrella.

We still don’t have an exact opening date for Guardians of the Galaxy: Cosmic Rewind, but we learned that Glenn Close will reprise her role as Nova Prime for the attraction.

Plus, new concept art was released — and the ride will open in summer 2022!

If you’re a Star Wars fan, you’ll be excited to see this sneak peek of the lightsaber training that will be on board Star Wars: Galactic Starcruiser when it launches on March 1, 2022.

Walt Disney World Resort will also welcome Make-A-Wish children and their families as some of the very first guests to experience the all-immersive voyage.

Well, we learned that Disney Imagineers are now working to bring this new statue to life.

First of all, World of Color and Fantasmic! are both returning to Disneyland in 2022, along with the Main Street Electrical Parade returning in time to celebrate its 50th anniversary.

They even showed a sneak peek of the pool area coming to the new proposed Disney Vacation Club tower at the Disneyland Hotel.

Here is also a first look at some of the rooms that are inspired by Sleeping Beauty.

The next evolution of Downtown Disney District is being planned with work starting in January 2022.

The multi-year project to reimagine Downtown Disney will include an even broader collection of shopping, dining and entertainment experiences.

This means that the AMC Theater, Earl of Sandwich, Sugarboo, and Starbucks West End coffee shop will close and will also be demolished as a result, according to Orange County Register.

Oh, and guess what? The MagicBand is finally coming to Disneyland!

Walt Disney World guests (as we already knew) will also have access to MagicBand+ and “Hey, Disney!”

As previously announced, Mickey’s Toontown will be reimagined with new play experiences and grassy areas. The land will close in March 2022 and is set to reopen in 2023.

There are 2 new stage shows coming to the Disney Wish.

Avengers Campus will open in summer 2022 at Disneyland Paris!

The 30th Anniversary Celebration at Disneyland Paris will begin March 6 with a new, limited time show at the Castle Hub. Disneyland Paris is bringing back classic shows and parades, including “Disney Stars of Parade” and “Disney Illuminations” for the celebration.

Here is a look at how the new Frozen-themed area Hong Kong Disneyland is taking shape. There will also be two thrill rides here.

The park’s 5th anniversary is being celebrated during its “Year of Magical Surprises” and work is progressing on a Zootopia-themed land – the first-ever land themed after the movie. New footage of the new Audio-Animatronic figures, including Yax the yak, was also shown.

There are still quite a few things that weren’t announced (as we initially thought or heard through the rumor mill).

Of course, we could hear about any of these items (and possibly even more) at any point in time. As always, we’ll update you if or when more announcements are shared by Disney.