The festival that celebrates the culinary, performing, and visual arts runs from Jan. 17 through Feb. 24, 2020. After much anticipation, the menus for the Food Studios are finally listed online.

There are 12 booths this year with both new menu items and returning favorites, including the Sushi Donut that can be found at the new Goshiki kiosk (the booth was previously named Takumi Table).

The Artist Palette Jumbo Chocolate-Chip Cookie is also coming back to The Artist’s Table. You can check out the full menus on the Walt Disney World website.

As for the workshops, guests can participate in the following: 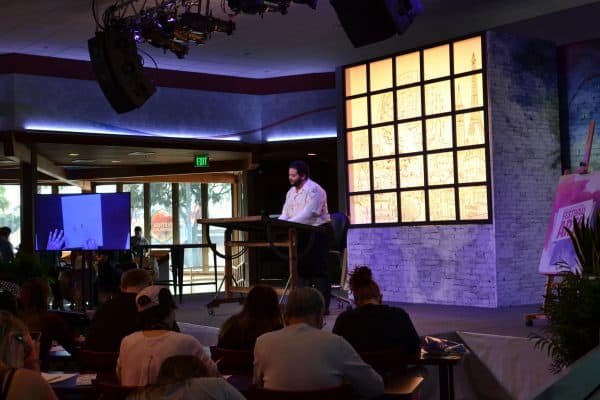 The workshops run on Saturdays and Sundays at select times between 10 a.m. and 11:15 a.m. at the World Showplace Events Pavilion. Each workshop costs $45 per guest, plus tax. To reserve a spot, call (407) 939-3378. There are more details for each workshop online.

If that isn’t enough Festival of the Arts news, the final performers for the Disney on Broadway Concert Series were announced. They are: Liana Hunt, Adam Jacobs, Syndee Winters, and Michael James Scott. Check out our post on the concert series for the complete lineup and information about the featured dining packages.

As always, we will be sure to update you if any other festival information is announced.

The Festival of the Arts is my number 1 must-do at some point in Walt Disney World. Unfortunately, due to kid school holidays in the UK it looks like it will be many years until we manage to do it, and then probably not as a family