All about the Frozen Ever After Dessert Party at Epcot 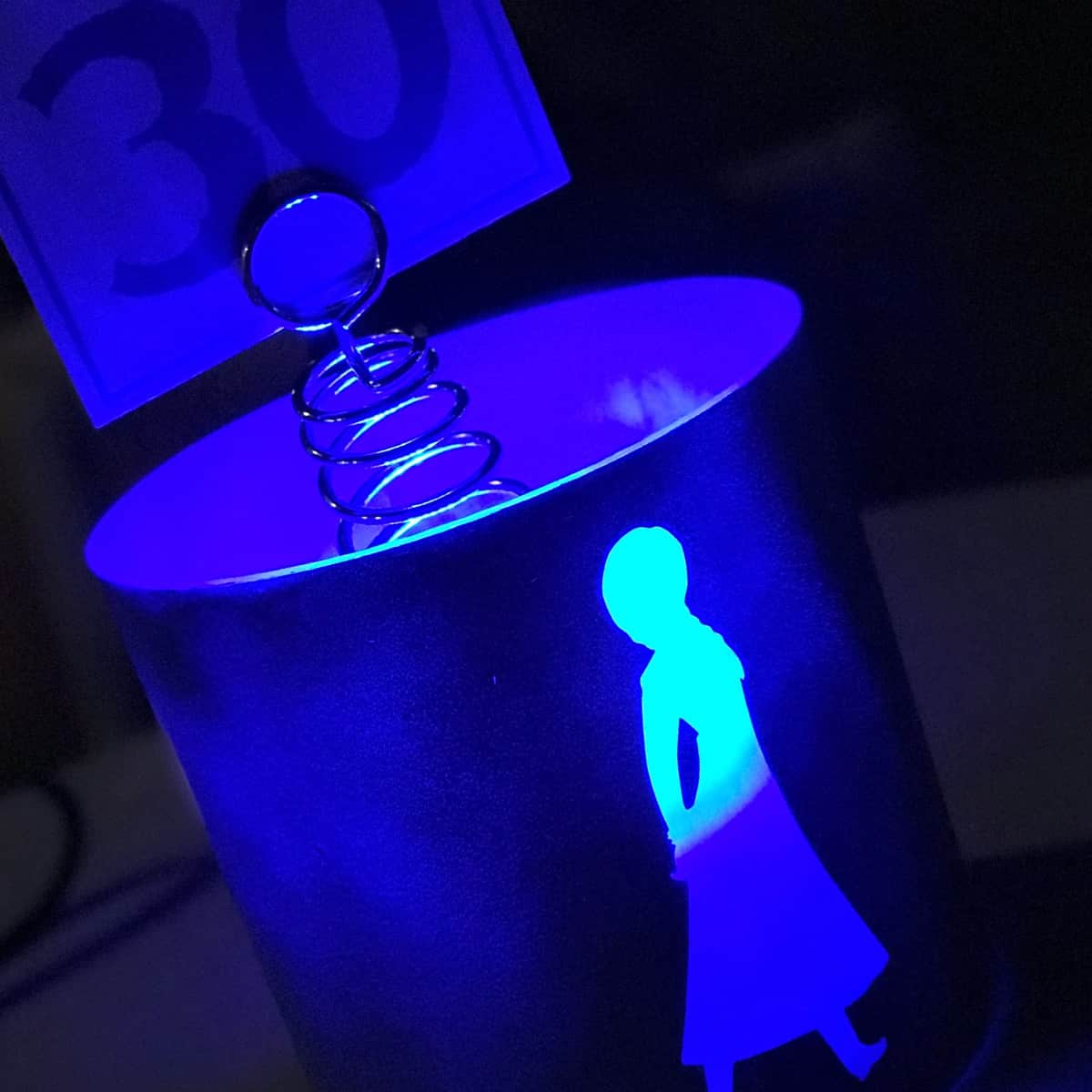 Disney World has a few different dessert parties available, and the newest of those is the Frozen Ever After Dessert Party at Epcot. The parties aren’t cheap so here’s some info to help you see what’s included and learn how it compares to the other dessert parties.

What is the Frozen Ever After Dessert Party?

Frozen Ever After Dessert Party location

The party takes place on the Showcase Plaza (the path that separates Future World and the World Showcase), near the Friendship Boat launch closest to Mexico. 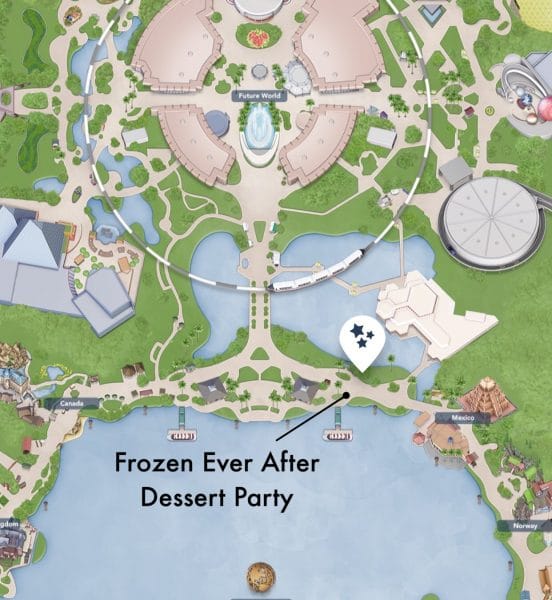 Your Frozen Ever After Dessert Party reservation will suggest that you check in an hour before Epcot Forever. You’ll get an armband and then be told where to sit at your pre-assigned table. 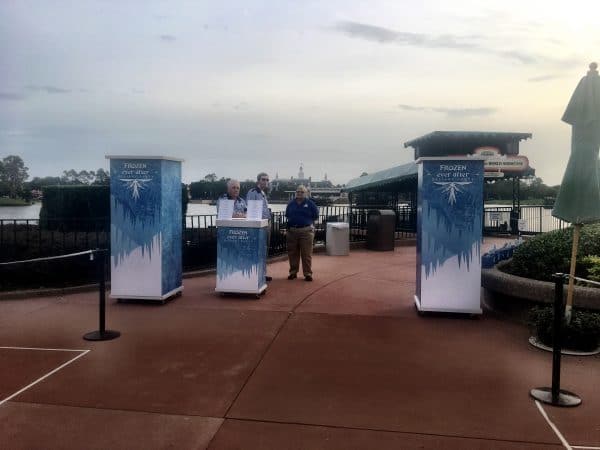 Once you’ve been taken to your seat, you can start to eat the delicious desserts and grab a drink or two.

The dessert menu can vary but typically includes some of the following: 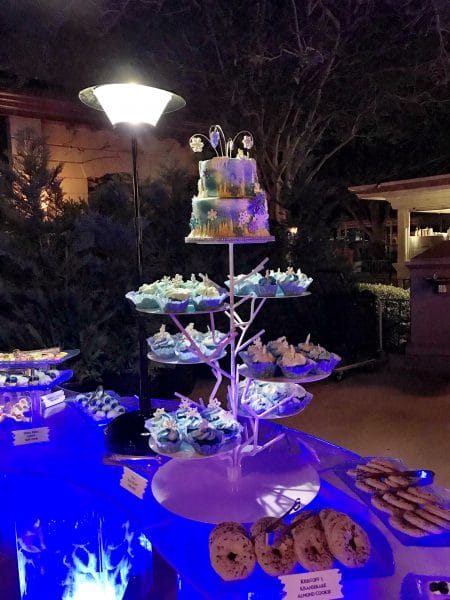 And the drinks available are:

After eating and drinking your weight in desserts, guests are given special snowflake glasses to watch Epcot Forever. 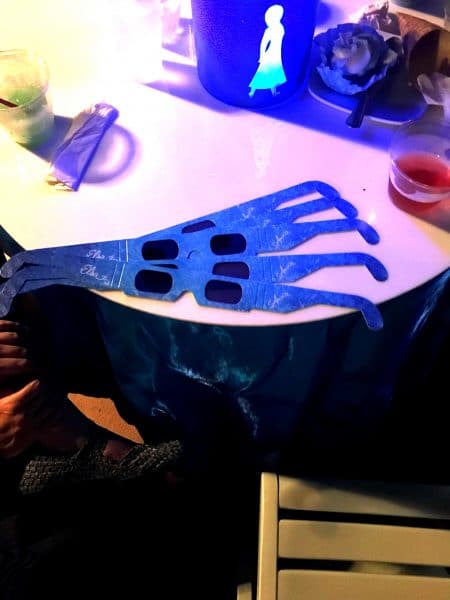 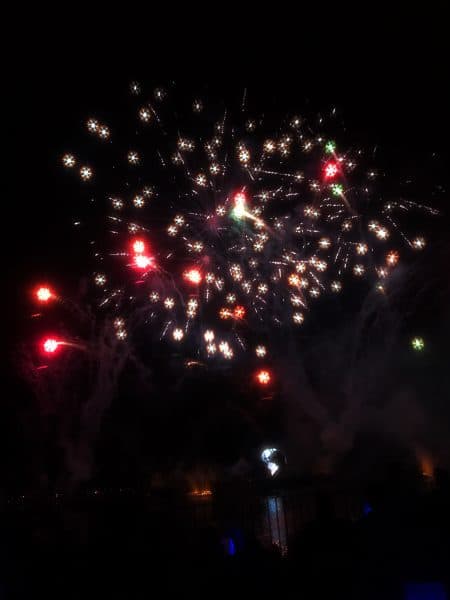 Once Epcot Forever is over, party attendees are lead to Frozen Ever After (feels like a salmon swimming upstream as the crowds head out of the park in the opposite direction). So nice to not have to worry about lines or snagging a FastPass+! 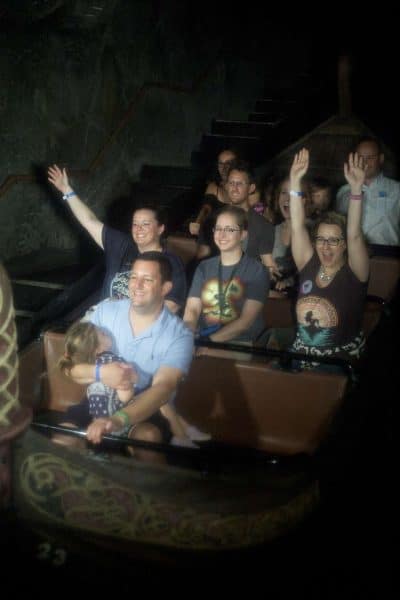 There are several dessert parties at Disney World, and while they are all much more worth it than they used to be, some are better than others.

If you’re looking for a party with the best views, I’d choose the Plaza Garden option at Magic Kingdom or the Star Wars Dessert Party at Hollywood Studios.

If you happen to have a Frozen fan and really want that ride on Frozen Ever After ride without having to worry about a FastPass+ or being part of the rush of people at park opening, then the Frozen Dessert Party at Epcot will be perfect for you. 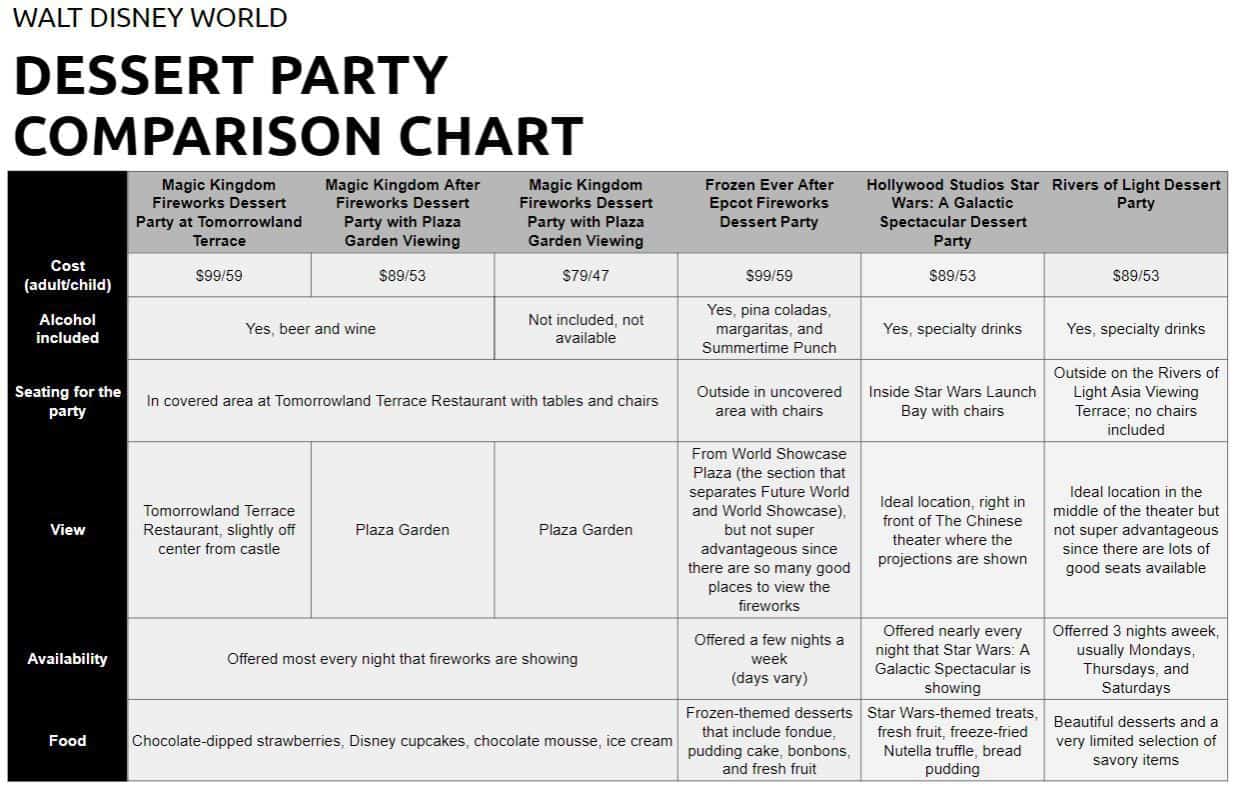