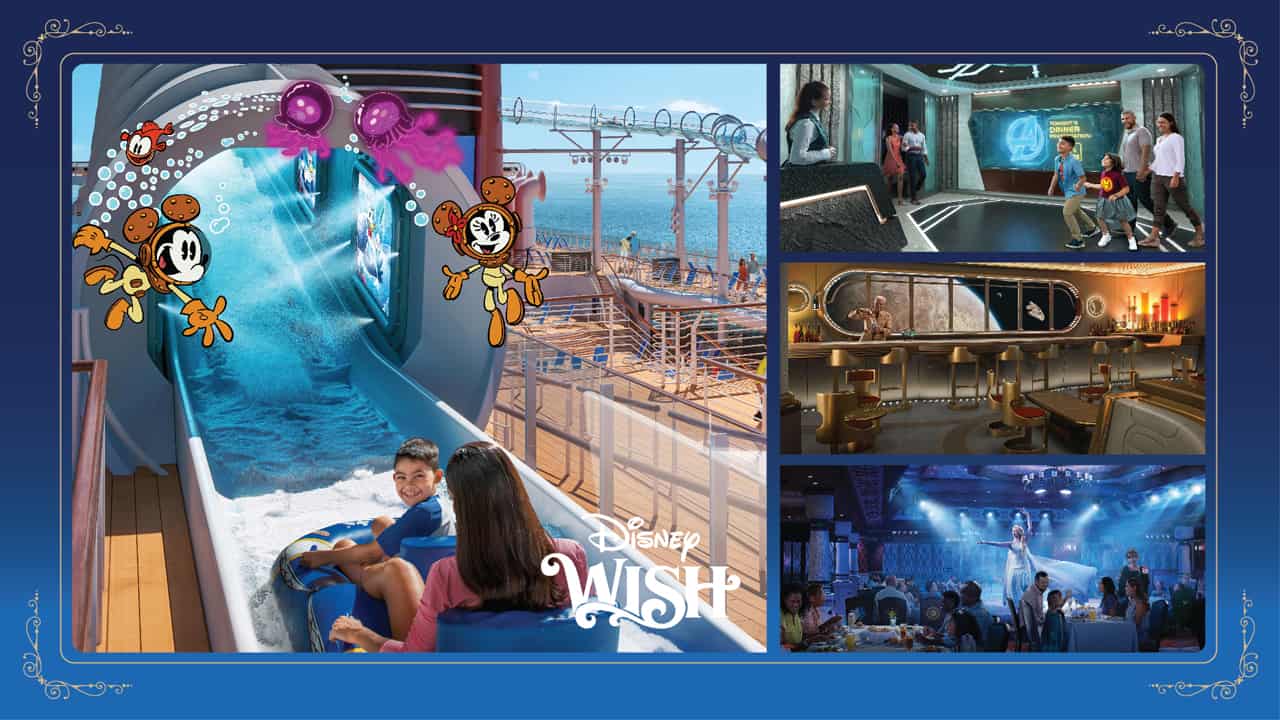 Thursday, April 29, was an exciting day for the Disney Cruise Line. Dates, photos, and information were finally revealed for the newest ship, the Disney Wish.

First things first, the maiden voyage for the Disney Wish is set for June 9, 2022 with a five-night cruise to Nassau, Bahamas and Disney’s private island, Castaway Cay.

Following the maiden voyage the season will consist of three- and four-night sailings to the same desitnations from Port Canaveral, Florida.

Important: Early booking for Castaway Club members and select Disney Guests begins May 17, 2021 with general booking opening on May 27, 2021.

Also important: Below is a graphic breaking down the special early booking window that’s exclusive to the inaugural season of the Disney Wish and includes an extended booking window for Platinum Castaway Club members based on their total number of sailings.

Disney Cruise Line is anticipating a high call volume when it comes to booking, so they strongly encourage using a travel agent (we recommend Small World Vacations) or booking online.

Now, let’s get to the other important details you’re probably dying to know, like dining, entertainment, staterooms, and the “first-ever Disney attraction at sea”!

Here are some basic facts to note about the staterooms on board:

There is so much dining, including exclusive spots for adults! And, yes, Rotational Dining is part of the Disney Wish.

Now, let’s get to the adult dining spaces!

First, there is a Star Wars: Hyperspace Lounge, which is “a high-end bar styled as a luxurious yacht-class spaceship.” The bar will be strictly reserved for adults in the evenings with beverages inspired by destinations like Batuu, Tatooine, and Mustafar.

Then, there are what sound like three top-notch Beauty and the Beast dining experiences exclusively for adults!

While not a restaurant, another area for adults is the Senses Spa that will offer spa and beauty treatments. There’s also a Senses Fitness center.

Most importantly, the Disney Wish will have the “first-ever Disney attraction at sea” called the AquaMouse. This is similar to the AquaDuck water slide on the Disney Dream and Disney Fantasy.

But, this will be over two minutes long (double the length of the AquaDuck) and an actual attraction. There are show scenes themed to animated Mickey shorts, lighting, and special effects! Plus, there is 760 feet of winding tubes above the upper decks.

FYI: There’s a 42-inch height requirement for the AquaMouse.

If that isn’t enough, there are three themed water districts for families, children, and adults.

There’s so much for kids to look forward to, including a training academy dedicated to Marvel!

For children ages 3 to 12, they can enjoy three spaces as part of Disney’s Oceaneer Club, including:

There will also be the It’s a Small World Nursery for little ones ages 6 months to 3 years (babysitting services are also offered) and the Edge (ages 11 to 14) and Vibe (ages 14 to 17) youth clubs.

These are only just a few of the details and photos revealed. Stay tuned for more information and be sure to keep tabs on our complete guide to the Disney Wish that we’re in the process of updating with everything we know so far!