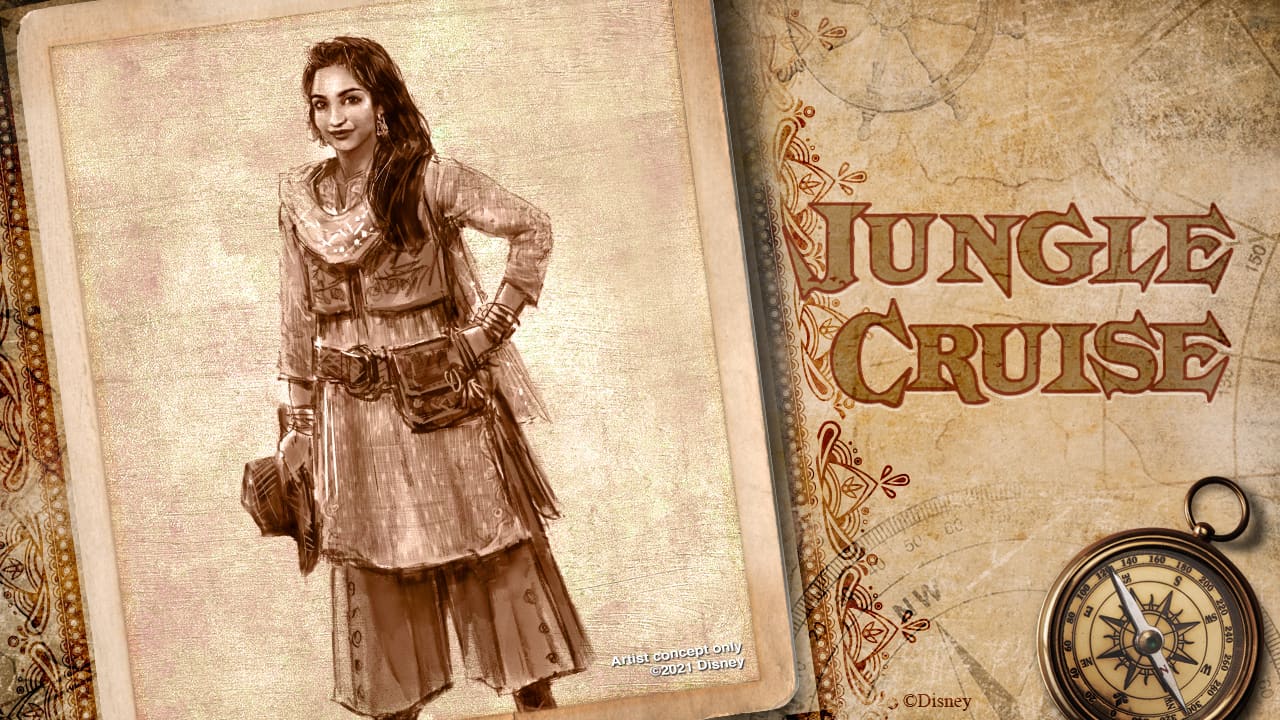 We have more information about the updates coming to the Jungle Cruise attraction at both Walt Disney World’s Magic Kingdom and Disneyland Park.

On Friday, March 19, Disney Parks Blog announced that the backstory of the ride will expand to include more of Alberta Falls (as seen above).

“For those looking to dive deeper, we’re also expanding the attraction’s backstory centered around Alberta Falls, granddaughter of world-renowned Dr. Albert Falls, as the proprietor of the Jungle Navigation Company Ltd.,” Disney shared.

You can learn more about Alberta below in this 1938 “interview” with The Daily Gnus.

Alberta isn’t the only addition guests will see. Per Disney, the attraction “will welcome new characters from around the world.”

In an interview with Disney Imagineers Susana Tubert and Kevin Livel that was published on March 19 by Attractions Magazine, even more details were revealed about Alberta and the other new characters being added.

“They are all a little bit eccentric in their own ways, and yet they share a history with Alberta Falls and a common interest: to have a once-in-a-lifetime immersive experience in nature,” Tubert dished.

If you didn’t know, Alberta actually has a presence at Magic Kingdom — she’s part of the Skipper Canteen table-service restaurant in Adventureland! She isn’t part of any backstory in Disneyland, so she’ll get to make her grand debut on the West Coast.

Attractions Magazine has a slew of details regarding these new characters, so be sure to read the interview in its entirety.

The publication also shared a few updates about Trader Sam and whether or not he’ll be addressed on either attraction.

Tubert and Lively didn’t say, but Tubert made the following clear to Attractions Magazine: “As far as Trader Sam’s Enchanted Tiki Bar at Disneyland Resort and Trader Sam’s Grog Grotto at Walt Disney World Resort, no plans are on the way to update them currently.”

In January, Disney revealed for the first time necessary changes (just like with Splash Mountain) were coming to Jungle Cruise on both coasts.

The Disney Parks Blog noted that the updates would “include new adventures that stay true to the experience we know and love – more humor, wildlife and skipper heart – and also reflect and value the diversity of the world around us.”

These are only just a few of the changes coming to Jungle Cruise. To be clear, the attraction isn’t changing completely and will still be the ride fans know and love (the jokes aren’t going anywhere), but just with some much-needed updates, all while getting rid of problematic scenes.