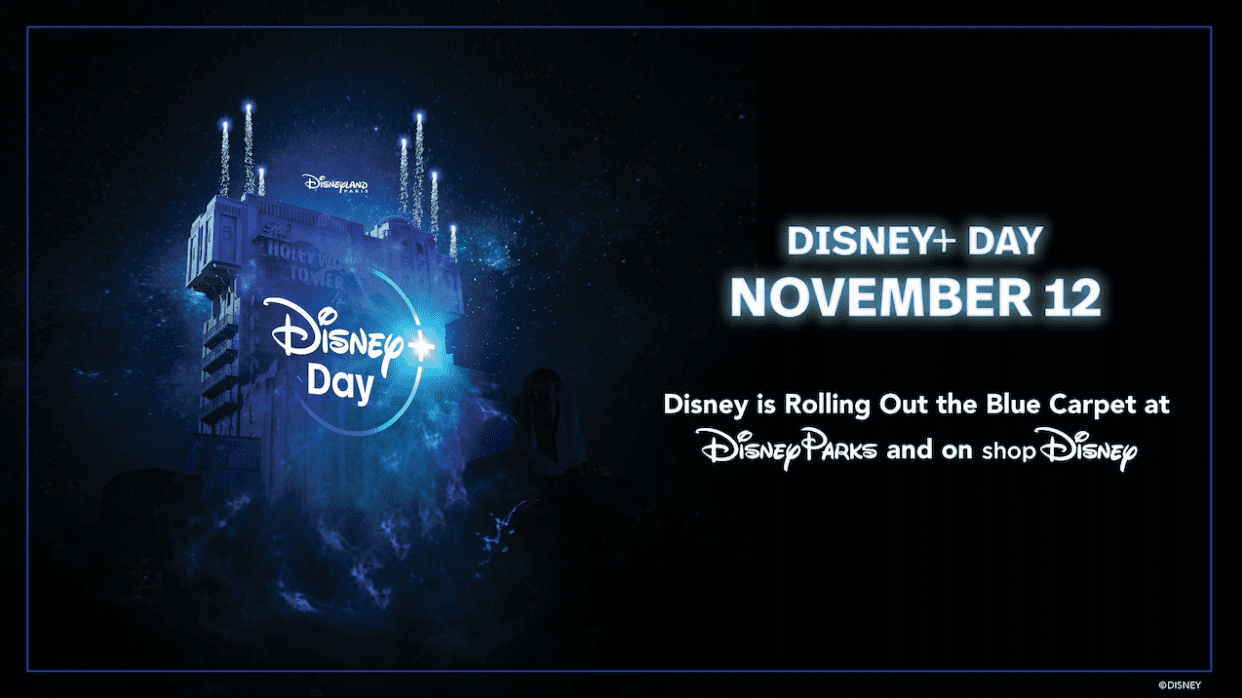 If you have a Disney+ subscription, you’ll want to keep reading!

In September, Disney first announced it would celebrate Disney+’s 2-year anniversary on Nov. 12 with a day that they have appropriately dubbed, “Disney+ Day.”

Well, on Nov. 8, Disney revealed all kinds of special perks that will be offered to Disney+ subscribers, including benefits at both Walt Disney World and Disneyland.

Here’s what to expect on both coasts on Friday, Nov. 12.

Bonus early entry: Disney World Resort hotel guests and guests of other select hotels (Shades of Green and Swan and Dolphin resorts) may enter 30 minutes before Disney+ subscribers, which is 60 minutes prior to regular park open!

Disney+ subscribers visiting Hollywood Studios and Disneyland Park will be welcomed with “a blue carpet experience,” including special photo opportunities.

There will be complimentary Digital Disney PhotoPass Magic Shot downloads taken at select locations, including the following.

Also, for subscribers at home, you can try an all-new AR feature just for Disney+ Day in the My Disney Experience app with a special appearance from Grogu.

After Disney+ Day, this special AR feature will only be available to those who have purchased Disney Genie+.

Fan favorite Disney+ characters will make appearances around Hollywood Studios, including in the motorcades.

Disney+ subscribers will get free shipping on shopDisney from Nov. 12-14.

For a limited time starting Nov. 8, shopDisney is rolling out new customizable products from Disney, Pixar, Star Wars and Marvel including short sleeve and long sleeve T-shirts for kids and adults from Raya and the Last Dragon, Luca, Star Wars: The Bad Batch, and Loki.

For non-Disney+ subscribers, you can sign up with a special, introductory offer, and get one month of Disney+ for only $1.99, then $7.99 per month.

Disney Publishing Worldwide is offering select $0.99 cent eBooks Nov. 8-17, including stories behind Disney+ series like Loki, High School Music: The Musical: The Series, and The Mandalorian.

You can also take part in the release of a limited set of digital collectibles representing some of the most beloved characters and stories from iconic Disney franchises. Each digital collectible purchase will include a free offer code allowing new subscribers to enjoy several free months of Disney+.

You can find more Disney+ Day information in the My Disney Experience and Disneyland apps. Just open each respective app and scroll until you see a tab about Disney+ or Disney+ Day.