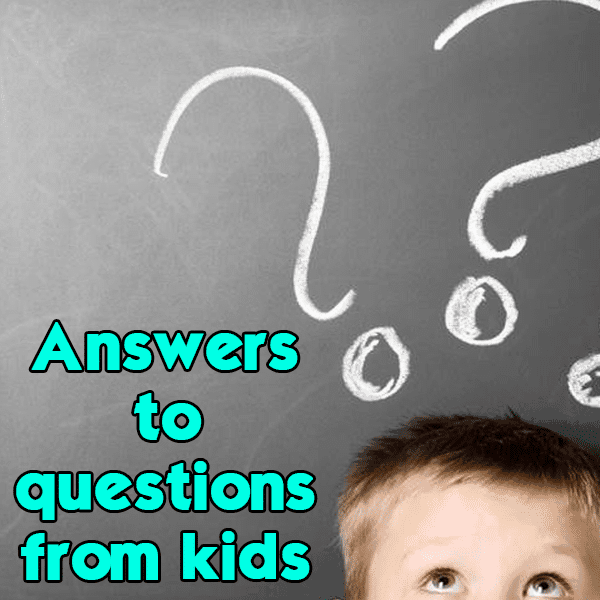 I asked podcast listeners to have their kids submit questions for a podcast episode and today I’m answering many of the questions that were sent in.

I also have a quick tip on a free souvenir that you can get on Disney transportation.

Answers to questions submitted by kids

How do the bracelets work?
MagicBands at Disney World use RFID chips that allow you to scan them to get into the parks, to go on rides with FastPass+, and get ride photos.

What is the most fun restaurant at Disney World?
It’s hard to pick just 1, but I’d say Chef Mickey’s is my favorite pick for most people.

What is there for teens to do at Disney World?
Episode 53 is about doing Disney World with older kids which might be helpful. With older kids, I like Boardwalk-area hotels, adding Universal to a Disney World trip, and including them in the planning.

There are 3 places to meet Belle: in the France section of the World Showcase (where she’s in her blue and white dress), at Akershus, and at Enchanted Tales with Belle.

Have they updated the Magic Kingdom pirate scavenger hunt or Perry the Platypus Epcot scavenger hunt since March 2014?
A Pirate’s Adventure: Treasure of the Seven Seas takes place in the Adventureland section of Magic Kingdom and hasn’t changed much. Agent P’s World Showcase Adventure at Epcot had its technology upgraded in June 2014 from clamshell phones to smartphones.

How do they keep the bugs and rodents out of Disney World?
Disney World Cast Members spray twice a day to try to keep mosquitoes away. Here’s an article with more info that might be useful.

If I want to get a job at Disney World, how would I do that?
You can participate in the Disney College Program or just search for openings on DisneyCareers.com.

How do people get lost in Disney World?
Kids should try to stay close to parents at all times, but if they get lost, they should look for a Cast Member as they are trained to deal with lost children.

Parents should find a way to make sure their cell phone number is on their child, such as a temporary tattoo or dog tag.

Transportation cards are free souvenirs that you can get from Cast Members on the monorails, boats and buses. Not all will have them, but it doesn’t hurt to ask since sometimes they will have them to give out.

Hello Shannon. I am Grace and Alexis mom. Thank you for answering their questions. All of us listen to your podcast and it's made planning our first family trip so much fun.

Hi Shannon! Love everything you do with your podcast and on this site. I'm a major fan! My husband and I have 2 young daughters (3 and 1) and we are taking them to Disney World this March (first trip!), along with my parents. I never comment but you said the Magic Bands are not currently being used to locate lost children. A few days ago I noticed that my youngest daughter was on our Magic Band list and I called Disney because I didn't think she would get one because she isn't 3 yet, and I wanted to clarify. Maybe the man I talked to got it wrong but he said that she gets one so that we can find her if she is separated from the group! Just thought that was interesting. I think it would be an awesome use of the bands but now I wonder if it's true or not. You would know better than me, but I thought I would throw that out there! :-)